Projects keep pace in counties up and down the Ohio. 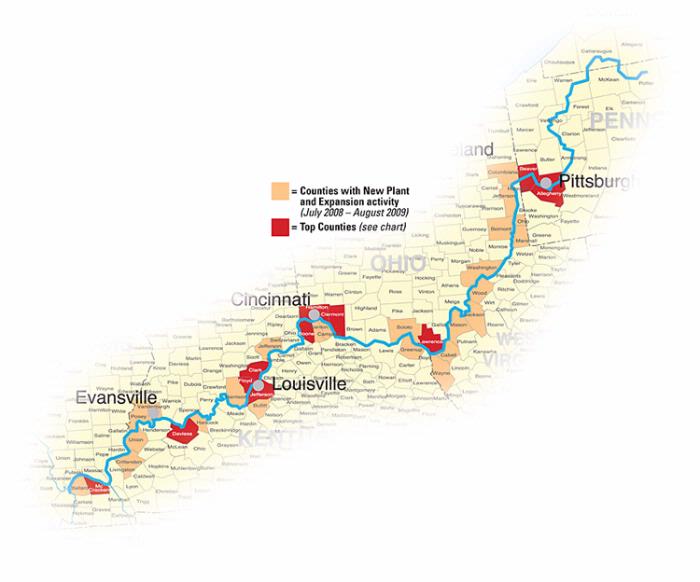 or the period from July 1, 2008, through August 31, 2009, the Conway Data New Plant Database shows 230 projects in the counties abutting the Ohio River throughout the six states it touches. Despite the sour economy, that total approaches the totals seen during the same months in the 2004-2007 period, and is up from the 190 projects tracked during the July 2007-August 2008 period.

Topping the list by a long shot is Allegheny County, with 59 projects, followed by the Cincinnati-area counties of Hamilton Co., Ohio (30), and Boone County, Ky. (27), and the Louisville-area jurisdiction of Jefferson County (25). Befitting theories of metropolitan area-driven economic development in hard times (with consolidation projects occurring in big cities where major operations have critical mass), there is a precipitous drop-off in project totals from those top-performing counties to the next tier. And several of these are also metro-area linked communities: Fifth place goes to Beaver Co., Pa. (8), followed by Daviess Co., Ky., and Clermont Co., Ohio (7 each), and a tie at five projects apiece among Clark and Floyd counties in Indiana, McCracken Co., Ky., and Lawrence Co., Ohio.

The Pittsburgh area simply continues to counter the general economy: According to CoStar Group’s third quarter 2009 reports, both the Pittsburgh industrial and office markets saw vacancy rates fall and rental rates increase from the previous quarter. Cincinnati’s industrial market showed the opposite trend, but its vacancy rate of 7.6 percent was nearly two percentage points lower than Pittsburgh’s, and its rental rates were a full $1.25 per sq. ft. lower, at $3.74.


Owing to its sheer riverbank mileage and to its share of bi-state metro areas, Kentucky claims approximately a quarter of all new plants and expansions. Northern Kentucky is doing its share, with Northern Kentucky Tri-ED announcing in September that 3,158 net new primary jobs (both announced and actual) were added in the region in 2008. The project attraction trend continues in 2009, and Hebron, home of the Cincinnati-Northern Kentucky International Airport, is home to a couple of them.

For an area with such a concentration of distribution centers, it’s only natural that BlueStar, a provider of auto-ID, point-of-sale, mobility and RFID products, would locate its global headquarters in Hebron. Opened in July 2009, the 150,000-sq.-ft. (13,935-sq.-m.) complex, three miles (4.8 km.) from the airport, includes distribution, corporate office and training facilities, as well as key implementation of the cutting-edge technologies its own value-added resellers sell. The rapidly expanding company employs 300 people, 200 of whom work in Northern Kentucky.


A 151,000-sq.-ft. (14,028-sq.-m.) distribution depot for Levi Strauss & Co. opened in September, next door to the company’s 10-year-old, 1-million-sq.-ft. (92,900-sq.-m.) distribution center in Hebron. Twenty new jobs have been created between the depot and the DC, and Levi’s expects that number to more than double in the next one to two years as the new depot ramps up to full capacity. The depot, completed in April, receives products from around the world and distributes them to major retailers across the U.S.

Kentucky remains a union state despite pressure to join the “right-to-work” states that neighbor it. Levi Strauss embraces its relationship with Workers United, the trade union representing the 600 employees at the Hebron distribution complex. “This new facility means additional good-paying union jobs for Northern Kentucky,” said Bruce Raynor, president, Workers United, at the grand opening, citing the 30-year relationship between his union and the company.


“This initiative is a clear win for our employees and for Workers United,” says Rich Kuether, vice president of distribution at Levi Strauss & Co., in an e-mail interview. “In-sourcing is rare in this economic environment and it is even rarer for a company to choose to in-source to a ‘union shop.’ But this option was our first and best choice when compared to all others.”


The project also marks a shift in strategy, as it replaces a third-party-managed receiving facility. Kuether says the shift has “a very favorable payback. It simplifies the network and eliminates the duplication of costs and complexity associated with interfacing with a third party. Most importantly, it enables LS&Co. to provide better service to our retail and wholesale customers and support growth in both of these channels. LS&Co. is proud of the fact we were able to achieve all of these objectives — responsiveness, quality, and cost — while utilizing our own union work force.”


Asked about the company’s site selection methods, Kuether says, “For this project, key considerations were size, layout, clear heights, number of dock doors, proximity to other services and facilities, lighting, and parking. Once our requirement is defined, we hire a qualified broker to assist us with site selection. We then develop market research and complete a thorough survey of the market, which identifies all viable alternatives. Next we short-list the alternatives, determine a preferred site, and negotiate a letter of intent with deal terms that not only meet our operational needs but also provide flexibility, minimize cost and manage risk.


“Cost competitiveness is a major consideration in selecting a site,” he says. “While meeting our business requirements, sites also need to be cost competitive and cost efficient to operate. After coming to agreed-upon terms in the form of a letter of intent, we negotiate a lease.”

Customer service/distribution locations in Canton, Miss., and Henderson, Nev., are scheduled to have similar satellite facilities open within the next six to 18 months. Asked why the company is changing its approach, he says, “the Customer Service Centers offer very competitive operating costs when compared to that of a third-party provider — including labor, facility and other operating costs. Additionally, the close proximity of these satellite facilities to our new facility will increase our total receiving capacity, enabling us to provide quicker, better customer service because we’ll have immediate access to inventory. By reducing the time inventory is in transit, we will reduce total expense and increase our service to our customers.” 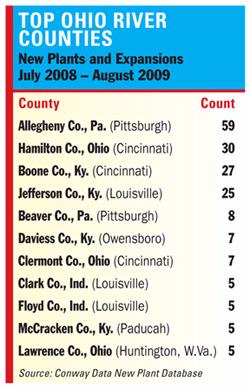 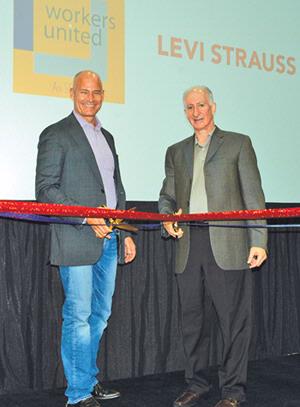 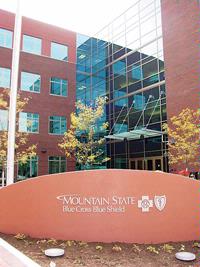 ogistics prowess in Kentucky is not confined to its northern region. CEVA Logistics, for example, has launched the operation of an inbound manufacturing support facility for Ford Motor Company’s Kentucky Truck plant in Louisville, creating more than 25 jobs.

“Our launch was an exciting committed adventure for CEVA as we launched during what was called the worst ice storm in Louisville history,” said Kerry Zielinski, vice president automotive sales for CEVA Logistics. “Our team worked without power, without computers or even phones in 35-degree weather to maintain production for Ford at this plant.”

Proximity to the global air hub of UPS was a major factor in the 20,000-sq.-ft. (1,858-sq.-m.), 23-job expansion by Print Fulfillment Services in Louisville in September. The project is an early recipient of incentives from Kentucky’s newly streamlined Kentucky Business Investment Program, part of Gov. Steve Beshear’s Incentives for a New Kentucky legislation that was passed during the 2009 extraordinary session of the Kentucky General Assembly.

But if you’re looking to use just one or two warehouses to service the U.S. market, two out of three of the best locations are Kentucky cities elsewhere along the Ohio River.

That’s according to the most recent list of “The 10 Best Warehouse Networks for 2009” from Chicago Consulting, which says Henderson, Ky. (part of the Greater Evansville, Ind., metro area) is the best choice for a one-warehouse operation. If you want to use two, then go to Ashland, Ky. (in the eastern portion of the state) with 76 percent of your throughput and Bakersfield, Calif., with the remainder.

The list was developed based on the lowest possible transit lead-times to customers represented by the total U.S. population. From Henderson, the average lead-time is 2.27 days; from Ashland and Bakersfield, 1.48 days.

For networks between three and 10 warehouses, the locations then shift toward the nation’s population centers. (For the complete list, visit www.chicago-consulting.com.) But Henderson’s not depending solely on warehouses for its daily bread.

In August 2009, the city welcomed a $2-million, 40-job investment from Innovative Workflow Technologies, which is locating a new development and data center near the Henderson City-County Airport. IWT develops technology for the health care industry that collects and integrates data in order to provide software solutions to improve communication, efficiency and patient safety.

While movement of cargo was not crucial, movement of people was: ITW said access to the Henderson airport was important to its decision, and is working with the Henderson Airport Board on the construction of a new hangar to support the new operation.