A region sets the stage for the entire solar supply chain. 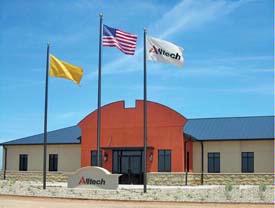 region defined by its days of sun capitalizes on them with technology as well as tourism. But the economies of the Desert Southwest display their energy awareness in many forms: Some save it, some generate it, and some purport to move it where it needs to go.

"As a global animal health company, we seek out places that are centers for agricultural productivity," said Alltech President Dr. Pearse Lyons at the October 15 groundbreaking, echoing comments he made in 2007, when the company envisioned the possibility of a biotech park on the site. "Now Alltech will be able to better service the Southwest in a research, production, distribution and sales capacity," supporting local sales in New Mexico, Texas, Oklahoma and Colorado.

Founded 100 years ago along a rail line, Clovis is a regional agriculture capital: The two counties in its region are home to 45 percent of New Mexico's 360,000 dairy cows, and another 150,000 cows reside just across the Texas line. No wonder, then, that Southwest Cheese has chosen to expand its facility there with a $90-million investment, or that the area is home to several biofuel ventures.

But Clovis has never before seen the likes of the newest venture to hit town. The Tres Amigas Super Station aims to do nothing less than connect the three main power grids of the United States, and in doing so allow for efficient transmission and delivery of the region's increasing supply of renewable energy.

According to an Oct. 12 news release from the office of Gov. Bill Richardson, Tres Amigas will consist of three voltage-source AC/DC power converters, connected by up to 20 miles (32 km.) of gigawatt-scale superconductor DC power cables.

"This pathway will be similar to highway rotaries that are used to control traffic flow," said the release. Multiple transmission lines will carry power from each of the three national grids into and out of the facility, allowing balancing of power between the three different grids. Richardson said the high-temperature superconductor wire has been developed over the past two decades at New Mexico's Los Alamos National Laboratory.

The project announcement came a week after Richardson met with GE officials in Connecticut to pitch the idea of a renewable energy manufacturing investment in the state, as the company readies to close its aircraft engine fabrication plant in Albuquerque in 2010.

The powers behind the project are Phil Harris, former CEO of PJM Interconnection, and American Superconductor Corp., which will provide superconductor electricity pipelines and transmission planning expertise.

"Tres Amigas will serve as a renewable energy market hub by connecting all three of America's power grids to enable the transfer of green power from region to region," said Harris, adding that the site could expand to dozens of gigawatts of power transfer as more renewable power generation sites are developed.

Power for the project might come from numerous solar power facilities in various planning and development stages across the region. Meanwhile, some areas already have built up a range of solar-industry companies that cover the spectrum. Among its successful and growing companies in the sector, Tucson can count German companies Solon Corp. (the global manufacturer of solar modules) and Schletter (a maker of aluminum racks for solar power farms), as well as homegrown companies General Plasma, Prism Technologies and Global Solar (partially owned by Solon), the leading maker of thin-film photovoltaic copper indium gallium diselenide (CIGS) solar cells on a flexible substrate.

Nearly all the firms benefit from access to talent and research at the University of Arizona, where efforts to promote the sector are led by the Arizona Research Institute for Solar Energy (AzRise).

"One thing we are seeing a lot of is different technologies focusing on the Tucson region as a test bed," says Lee Smith, senior vice president of business development for Tucson Regional Economic Opportunities (TREO). Those technologies range from standard photovoltaics to what Smith calls the "huge next step" in the industry: storage. "The current technology in solar is not cost-effective in competing with other generation sources," says Smith, "but as technology evolves, that's where Arizona, Tucson and the university are going to play a different role in the future."

The Arizona Legislature in July 2009 passed the "Quality Jobs Through Renewable Energy" measure that provides for financial incentives equal to up to 10 percent of what renewable energy companies spend on constructing a new manufacturing operation or corporate office in the state. The law takes effect Jan. 1, 2010.

The combination of such incentives with rising power costs from other generation sources means solar might approach the elusive grid parity in just a few years, surmises Olaf Koester, president and CEO for Solon's Tucson site. Meanwhile, the various elements of the industry's infrastructure are coalescing. The only thing missing is one of those half-billion-dollar silicon plants.

Asked about whether such a project would please Solon, Koester says, "We're buying cells. The main thing you need for cells is silicon, and raw silicon is made out of sand. And you need a lot of cheap energy, which we also have in Arizona. If you get silicon in Arizona, you really drive the business." 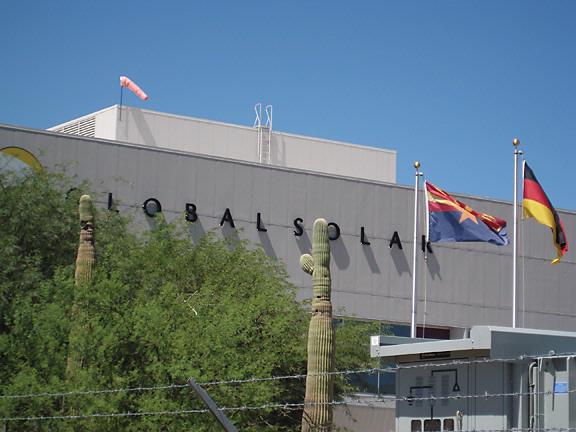 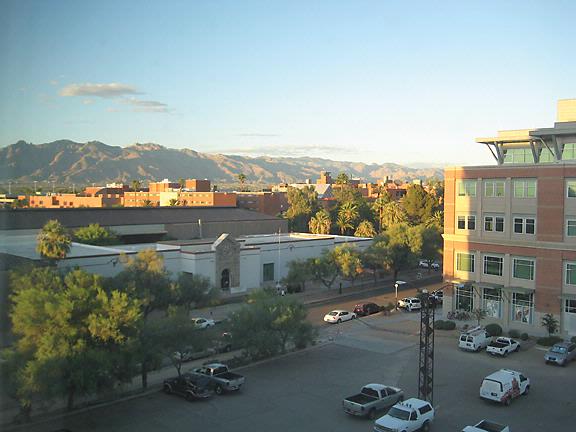 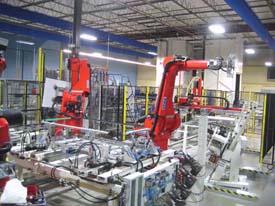 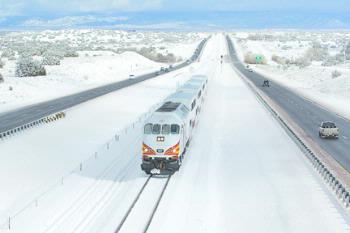 mong the Southwest's rail projects receiving federal funds for growth are New Mexico's increasingly popular Rail Runner Express line in the Albuquerque area (pictured), and the resurgent $12-billion, 269-mile (433-km.) maglev train project proposed to run between the wonderlands of Anaheim, Calif., and Las Vegas, Nev., which received $45 million in earmarked funds in September for development of its first phase in Nevada. "This project will bring thousands of jobs to Nevada, and eventually millions of tourists," said Nevada Gov. Jim Gibbons.