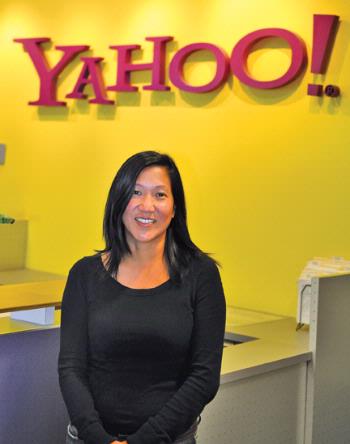 he area takes a lot of heat for its frigid winters, but those cool temperatures are among the reasons that Internet heavyweight Yahoo! is building its latest data center in , a northern suburb of the chilly city. Yahoo! will cool its servers with outside air year-round.

Yahoo! broke ground in August on the US$150-million first phase of its data center project. A second phase of equal investment will bring the facility to about 190,000 sq. ft. (17,650 sq. m.) on a 30-acre (12-hectare) site in the Town of Park. When completed, the facility will employ up to 125, with the first phase employing 75. Yahoo! expects the first phase to be operational in January 2011.

Yahoo! officials are touting the facility, which has been described as having a "chicken coop" design, as being the most efficient and environmentally friendly data center in the world. Its servers will run on hydroelectric power from , with 15 MW of low-cost power promised by the New York Power Authority. Yahoo! selected at the end of a nearly year-long search.

"We started with around 20 states and portions of ," says Sylvia Kang, Yahoo!'s senior manager of strategy and data center development. "We look for areas that can provide an overall low-cost environment and a community that really wants to have us. We also look for areas rich in natural resources with environmentally friendly utilities. While our data centers also end up in states with a lot of coal-fired power plants, we put our slant toward efficient and renewable resources. When we pulled all of the information together, became one of the top contenders."

Chris Page, Yahoo!'s director of climate and energy strategy, says the free cooling aspect and the availability of hydroelectric power gave an edge.

"On average in a data center, for every unit of energy you use in running a server, you use another in keeping it cool," Page says. "Yahoo! has made great strides in using outside air for cooling. A great example is our facility in , an area where we can also take advantage of free cooling. This drove our metrics for siting further north. We had to have an area with relatively low humidity and much cooler summer temperatures."

Yahoo! will use outside air to cool its servers year-round except for brief periods during the hottest part of summer. Kang says the data center will be the first to do this.

"The area gets a lot of comments about their weather, but we told them, 'We love your weather, we love your winters,' " Kang says.

Page says one of her tasks is benchmarking energy consumption and analyzing carbon footprints. Yahoo! has a goal of reducing the carbon intensity of its data centers by 40 percent by 2014.

"More efficient cooling and making efficient use of resources are important, and where we source our electricity is a big one," Page says. "This area has much less carbon-intensive power than in some areas and that's a priority for the company."

The region's weather is also putting pressure on the construction schedule. Kang says Yahoo! hopes to be in a sealed building by mid-November.

"We have to get indoors before the incredibly cold winter starts in ," Kang says. "Otherwise, there may be severe delays."

The search process booted up in July 2008. Kang notes that was a late entrant in the process, but quickly moved to the front. She says once became a contender, the process took about four months, which she describes as record time.

"They didn't get all of their information to us right away, and we didn't seriously look at them until March [2009] when it became apparent the temperatures were ideal for our new design."

Kang credits the Lockport Industrial Development Agency with expediting the permitting process for the project.

"One of the reasons we chose was the local IDA team. They were amazing and so together. They knew the permitting process and offered a shovel-ready piece of property that was very ideal. took care of a lot of red tape. Empire State Development was also very transparent in the process and gave us information on all of the issues we would be encountering."

Kang says that after Yahoo! geographically narrows its search, financial aspects come into play, especially local and state incentives. These include a 20-year property tax break from the Lockport IDA that features a 100-percent tax exemption for the first 10 years.

Yahoo! currently operates more than 40 data centers around the globe, and never stops looking for sites for the next one. While the new data center design represents a major improvement in efficiency, it won't necessarily be a model for future projects.

"We are always innovating," Kang says. "We will keep getting better and better at efficiency. We have had about 30-percent efficiency improvement in each design.

"We will focus on achieving Energy Star certification," Page says. "You can produce a horribly inefficient data center and be LEED certified. We do have LEED-certified data centers and non-certified ones. The ones that are not are just as efficient or more than the LEED ones, and we like to not brand by LEED. In the data center industry, it doesn't mean a whole lot.

"LEED is a great standard for office buildings," she says. "When they do have a LEED standard for data centers, we will be excited to try it out."

Yahoo! will also be working through the Western New York Association of College Career Centers, a consortium of colleges and universities, for its employee training programs.

"The number of applicants we already have is tremendous," Kang says. 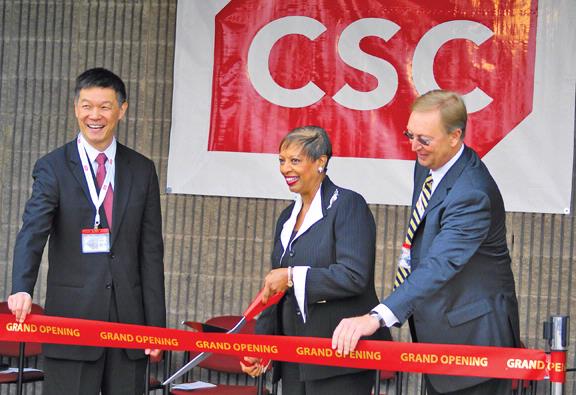 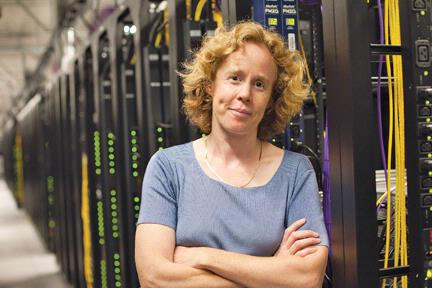