Time for an
Incentives Tune-Up? 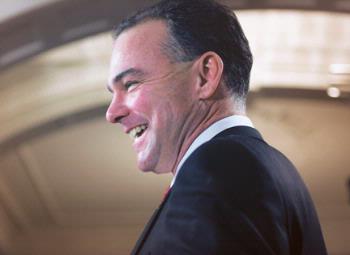 Even without one, Virginia’s business
climate is enviable, according to
two measures.

hird out of 50 is a more-than-respectable finish in Site Selection's latest ranking of state business climates, and Virginia routinely finishes in the top five or 10. Half of that ranking is based on what corporate site seekers say are their top states in which to locate operations — Virginia ranked sixth in that poll — and half is based on new or expansion activity tracked by the magazine's proprietary New Plant database.

But another gauge of state business climates ranked the Commonwealth first in the nation in June. The "Pollina Corporate Top 10 Pro-Business States for 2009: Rebuilding Americans' Economic Power" report is an annual study of job retention and creation by all 50 states and the federal government produced by Chicago-based Pollina Corporate Real Estate, Inc., a leading site location consultancy and brokerage firm.

"During these tough economic times in particular, reclaiming the number one ranking speaks volumes about the consistent way in which Virginia does business — and demonstrates that we're up for the challenge," said Virginia Gov. Timothy M. Kaine when the ranking was released.

How To Do Even Better

Virginia is one of two states with a gubernatorial election this November. So it will be up to term-limited Gov. Kaine's successor to keep the Commonwealth's business climate attractive, and one place to start might be the competitiveness of incentives. The Economic Incentives Group (EIG) of CB Richard Ellis rated Virginia's incentives potential "not competitive" for a project the firm was working on in late summer — nor for comparably sized projects. A webinar, "Economic & Tax Incentives: Is There Still a Pulse?" conducted September 3 by Phoenix-based John Lenio, EIG economist and managing director, classified the lower 48 states as "aggressive," "competitive," or "not competitive."

Asked what Virginia might do to be more competitive, Lenio identified two items.

"Because of the non-competitive nature of the state, whether we're looking at financial services or distribution, labor costs tend to be relatively high compared to peer markets, maybe in North Carolina or South Carolina," he says. "That tends to be a disqualifying factor, but they really have no control over that. What could be done to get them to the competitive stage, in my opinion, is the communities can do away with their gross receipts tax or their mercantile inventory tax. That's a huge problem for distribution centers.

"The only tools the Commonwealth has at their disposal for general users is a $1,000-per-job tax credit under their enterprise zone program," he adds. "Job training is always part of the offer, which tends to be around $800 to $1,000 per job, but almost every other state does that.

"If I were advising the governor's office in Virginia, I'd want them to model a new incentive program, maybe after what Kansas or Oklahoma or Missouri are doing, which is a payroll rebate program," says Lenio. "It's easy to sell and easy to understand — you get X percent for every dollar of new payroll you generate. From a fiscal perspective, the state is showing a positive impact on their tax rolls, meaning taxes coming in are greater than subsidies going out. Everybody wins."