A Lasting Impression: 7 Things I Learned in Sarasota County, Florida 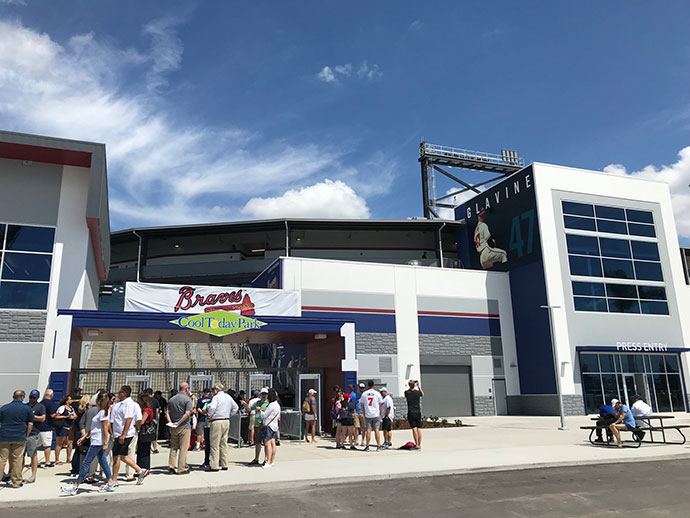 The $140-million CoolToday Park in North Port opened to rave reviews on March 24 when the Atlanta Braves hosted the Tampa Bay Rays for the final game of the 2019 Grapefruit League season.
Photo by Ron Starner
by RON STARNER

What do a new baseball stadium, the Fountain of Youth and the Ringling Brothers have in common? If you answered the Florida Gulf Coast, you’d be right.

The Atlanta Braves, Ponce de Leon and the circus are not the only folks to have made treks to Sarasota County on the Gulf Coast of Southwest Florida, but they’re among the most notable. What attracted them to this area south of Tampa Bay has been a well-kept secret, but it won’t be for much longer if current trends continue.

Curious to get a firsthand look, I joined a group on a site selectors fam tour organized by the Economic Development Corporation of Sarasota County. What I gleaned on this March 24-27 excursion was a crash course in lifestyle-driven economic development in this rapidly growing county of 420,000 people located in one of the fastest-growing economies in the nation.

The hook was the inaugural spring training game of Major League Baseball’s Braves at CoolToday Park in North Port, but the lasting impression of the area is one of cluster-fueled development sparked by millennial entrepreneurs. That’s just one of seven things I learned:

1. Entrepreneurs, Welcome Home: Pete Peterson, Erin Cigich and Anand Pallegar are not your typical business executives. The founder and owner of AtLarge and DreamLarge, Pallegar is a serial entrepreneur whose story mirrors that of the others. “I came here to recover from a car accident, and I did not want to go back to Detroit,” he says. “There is an indescribable amount of opportunity here. You can be part of the fabric of the community in a way that’s virtually impossible in a big city. So, I decided to launch a daily digital publication in the region in 2005 and I’ve never left.” What he’s built over the last 14 years is a series of digital branding companies that help connect brands to consumers using technology. Cigich has a similar story. She joined Clickbooth as employee No. 10 in 2007 and is now its CEO. The firm is an online marketing company that helps advertisers acquire new customers. She decided to move south after her parents chose to vacation in the area. “What I found is that a lot of talent is available in the area,” she says. “A thriving tech scene has developed here over the years. We recruit from the University of Florida, the University of South Florida and other colleges in the area. Experienced executives want to come here because we have a great K-12 school system, excellent weather and a high degree of affordability. And with the Sarasota and Tampa airports, I can get anywhere I want quickly and efficiently.” Clickbooth is on track to reach 200 employees in two years and plans to move into new space in Sarasota on May 31. Peterson, CEO of Dealers United, started his first company at age 21 and continues to build successful enterprises in Sarasota. “I came here from New Jersey in 2001 because my parents retired here, and I’ve never left,” he says. An older CEO in the area took Peterson under his wing and mentored him. Today, Dealers United helps auto dealers through online and digital advertising and group buying power. “Every resource I need to grow my business is here,” he says. “The talent pool from local universities is immense. And the willingness of the community to work on things is unmatched. It’s easy to get things done here.” 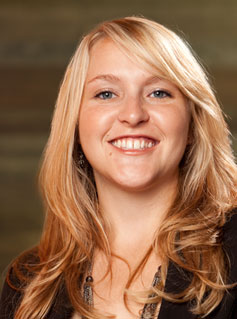 – Erin Cigich, CEO, Clickbooth
“Experienced executives want to come here because we have a great K-12 school system, excellent weather and a high degree of affordability. And with the Sarasota and Tampa airports, I can get anywhere I want quickly and efficiently.”

2. Clusters Are King: Whether it’s digital media, the creative arts, sports and recreation, light manufacturing, or health care and wellness, robust clusters of business have formed to rival industry bases in much larger metropolitan areas. The ability of business leaders to make connections quickly is evident, and the rankings are starting to follow. The Milken Institute recently named the Sarasota region the Sixth Best Performing City in the U.S.; Bizjournals.com ranked Sarasota-Bradenton No. 1 on its list of Best Cities to Launch a Small Business in the U.S.; the U.S. Census Bureau ranked North Port-Sarasota-Bradenton as the country’s 10th fastest-growing metro area; the Brookings Institution ranked the MSA as having the ninth-highest growth rate for millennials; and U.S. News & World Report said Sarasota was the No. 1 Best Place to Live in Florida. “The fact that we have no state income tax and that you can achieve work-life balance makes it easy to attract the talent we need,” says Cigich. “There is a very collaborative environment here. We celebrate each other’s successes, and tech company execs are more than willing to network and help each other grow their enterprises in Sarasota.” Pallegar agrees. “So many retired executives are here, and they’re willing to share their knowledge and experience with younger entrepreneurs like me,” he says. “The talent pool here is on the bleeding edge.”

“There is an indescribable amount of opportunity here. You can be part of the fabric of the community in a way that’s virtually impossible in a big city.”
– Anand Pallegar, founder and owner of AtLarge and DreamLarge.

3. It All Starts with a Good Education: Business and government leaders alike don’t just pay lip service to education in Sarasota County. They embrace it and fund it liberally. Whenever school funding referendums are placed on the ballot, the voters, who are otherwise very fiscally conservative, support them en masse. Sarasota County schools recently received an A+ rating from the Florida Department of Education for the 14th consecutive year, and Pine View School was ranked No. 1 in Florida and 13th nationally. The Ringling School of Art and Design, led by President Larry Thompson, is world renowned and annually produces graduates who are in demand at leading creative firms around the globe. “We believe in education in Sarasota County and have always supported its importance in the local economy,” says Thompson.

4. The Game-Changing Deal of the Year: When the Braves announced in 2017 that they were relocating their spring training home from Disney World near Orlando to North Port in southern Sarasota County, the $140-million project did more than just shake up the Grapefruit League. It signaled to the entire sports world that North Port had arrived. CoolToday Park opened to rave reviews on March 24, but unlike most other spring training complexes in Florida and Arizona, this one won’t sit idle for 10 months of the year. The Braves plan to use the mixed-use complex in the West Villages as a year-round player development academy, injury rehab center and base of administrative operations for baseball in Florida. “The hopes and dreams are being realized of what people wanted to come here,” says North Port City Manager Pete Lear. “As soon as the Braves were announced, interest in North Port started showing.”

Sarasota County by The Numbers

5. Quality Counts: From the scenic bridge taking visitors from downtown Sarasota to Longboat Key, to the neighborhoods of the West Villages in the southern part of the county, evidence of quality development is everywhere. Haphazard projects are seldom spotted in Sarasota, while master-planned development blends into the lush coastal landscape seamlessly. Sure, there are pockets of blight and poverty, but the good news is that the community is doing something about them. Rather than turn its head, the community leadership is tackling these challenges head-on with redevelopment efforts that are bearing fruit. When red tide killed sealife and blemished the Gulf Coast beaches for about a year, researchers at the Mote Marine Laboratory and Aquarium were hard at work finding solutions. Another sign of quality development is The Quay, 14.7 acres of mixed-use projects that will include 695 residential units, 190,000 sq. ft. of retail and 39,000 sq. ft. of office.

6. Beachfront Bargain Hunt: With all due apologies to HGTV, some of the best deals on real estate can be found in the towns of Sarasota, North Port, Nokomis and Venice. The median house in the North Port-Sarasota-Bradenton MSA costs just $207,600, and the cost of living score is just 107.2. Compare that to Boston (145.7), Fort Lauderdale (119.8) and Philadelphia (116.4), and you see how affordable a coastal lifestyle can be in Sarasota County. Per capita income, meanwhile, at $60,000, is well above the Florida average of $47,000 and shows a 5-year growth rate of 20.19%.

7. An Artistic Endeavor: With 35 miles of coastline and an average annual temperature of 72 degrees, it’s no secret why so many visitors flock to Sarasota every year. But the area’s best-kept secret may be its diversified arts and culture scene. From the John and Mable Ringling Museum of Art to a wide variety of local playhouses and music venues, Sarasota County offers arts lovers a virtual paradise of pleasure. Ponce de Leon may have thought the area’s Warm Mineral Springs in North Port to be the legendary Fountain of Youth, but patrons of the arts say they’ve found it in places like the Asolo Repertory Theatre and the Sarasota Opera. On a per-capita basis, the Venice Theater is the largest non-profit community theater in America, and the seashell-shaped Van Wezel performing arts center in Sarasota hosts more than 100 concerts and other special events each year. “We are a hidden gem,” says Pallegar. But the area is not likely to remain hidden for long.

These scenes of Longboat Key are one reason why Sarasota County’s beaches are often rated as some of the finest in the country.
Photos by Ron Starner