Almost, But Not Quite

A Finnish company’s promotional idea to open a pop-up bar at the North Pole instead pops open a window on Arctic politics and environmental issues. 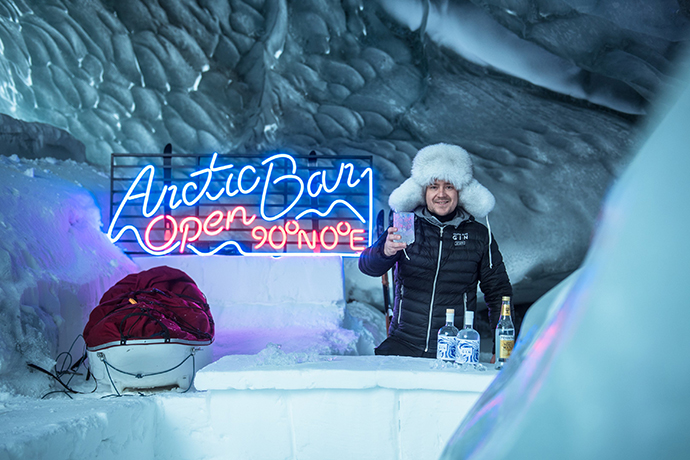 A Finnish company’s promotional idea to open a pop-up bar at the North Pole instead pops open a window on Arctic politics and environmental issues.
Images courtesy of Arctic Group
by ADAM BRUNS

“I entertained myself in the evenings,
cooking or smoking,
and watching the blazing light
of the huge Canadian sunsets
as they turned the lake into fire.

Later I lay on my back,
looking up at the Northern lights
and imagining there'd been a nuclear holocaust
and that I was the only human being left in all of North America
and what would I do then.

And then, when these lights went out,
I stretched out on the ground,
watching the stars as they turned around
and their enormous silent wheels.”

— Laurie Anderson, “The Geographic North Pole,” from “The Ugly One With the Jewels and Other Stories,” 1995

When the musician, poet and artist Laurie Anderson made the above trip in 1974 — hitchhiking alone by car, truck and seaplane — she made it close to the magnetic pole, but “I never did make it all the way to the geographic pole,” she wrote. “It turned out to be a restricted area and no one was allowed to fly in or even over it.”

That situation relaxed in the intervening 45 years, allowing a limited expedition season during a few weeks this time of year for visitors ranging from outdoor adventurers to artists, scientists and an occasional publicity seeker.

Such was the case this spring, as Finland-based Arctic Brands Group, maker of Arctic Blue Gin, planned to send a crew to open a pop-up bar for one day, serving its flagship product that just won Double Gold and Best in Show at the World Spirits Awards 2019 in San Francisco, beating out nearly 1,000 competitors. Anyone who could make the trek to belly up to that bar, they said, would win a lifetime supply of the award-winning liquor. 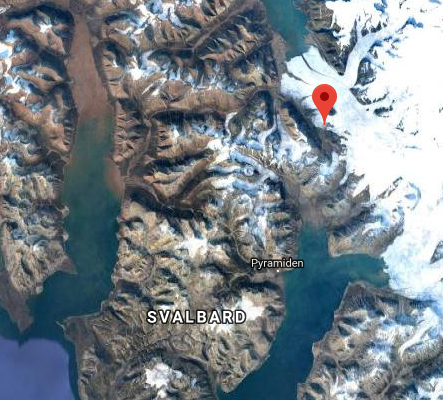 Before Arctic Blue set the record for the northernmost bar at the indicated location, Pyramiden, pictured here to the south, held the honor.

But once again — like a geographical Zeno’s Paradox that allows you to get close but never quite all the way there — circumstances both political and meteorological conspired against setting foot at the North Pole itself.

“For the first time in 18 years, the passage to the North Pole was closed,” says Simone Bocedi, the Helsinki-based spokesperson for Arctic Blue, by email. “The reasons were mostly two: global warming and political turmoil between Russia and Ukraine.

“Ukraine planes were supposed to bring explorers (not only our team but many others) on a floating ice cap close to the North Pole,” he says. “Russia did not allow Ukrainian planes to fly, and when a Canadian plane was found, the higher-than-usual level of water and weather conditions were not stable enough to guarantee enough time to bring visitors to the ice floe and back, and Russia closed the passage to the North Pole for the first time in 18 years, right on the days when our team was there.”

As journalist Sophia Yan reported April 13 in The Telegraph, around 300 people were temporarily stranded in Svalbard, Norway, at a seasonal camp named Barneo privately run by Swiss and Russian entities. The airport there, Longyearbyen, boasts its own honorific as the world’s northernmost civilian airport.

“The camp was scheduled to open on April 1,” Yan reported, “but the Ukrainian pilots and crew were not given permission to fly, a move linked to rumbling discontent over the war in eastern Ukraine, according to local media reports.” Even the North Pole Marathon (no doubt the northernmost reenactment of the unfortunate Greek soldier’s journey) had to be cancelled, Yan reported, “disappointing its roughly 50 participants.” 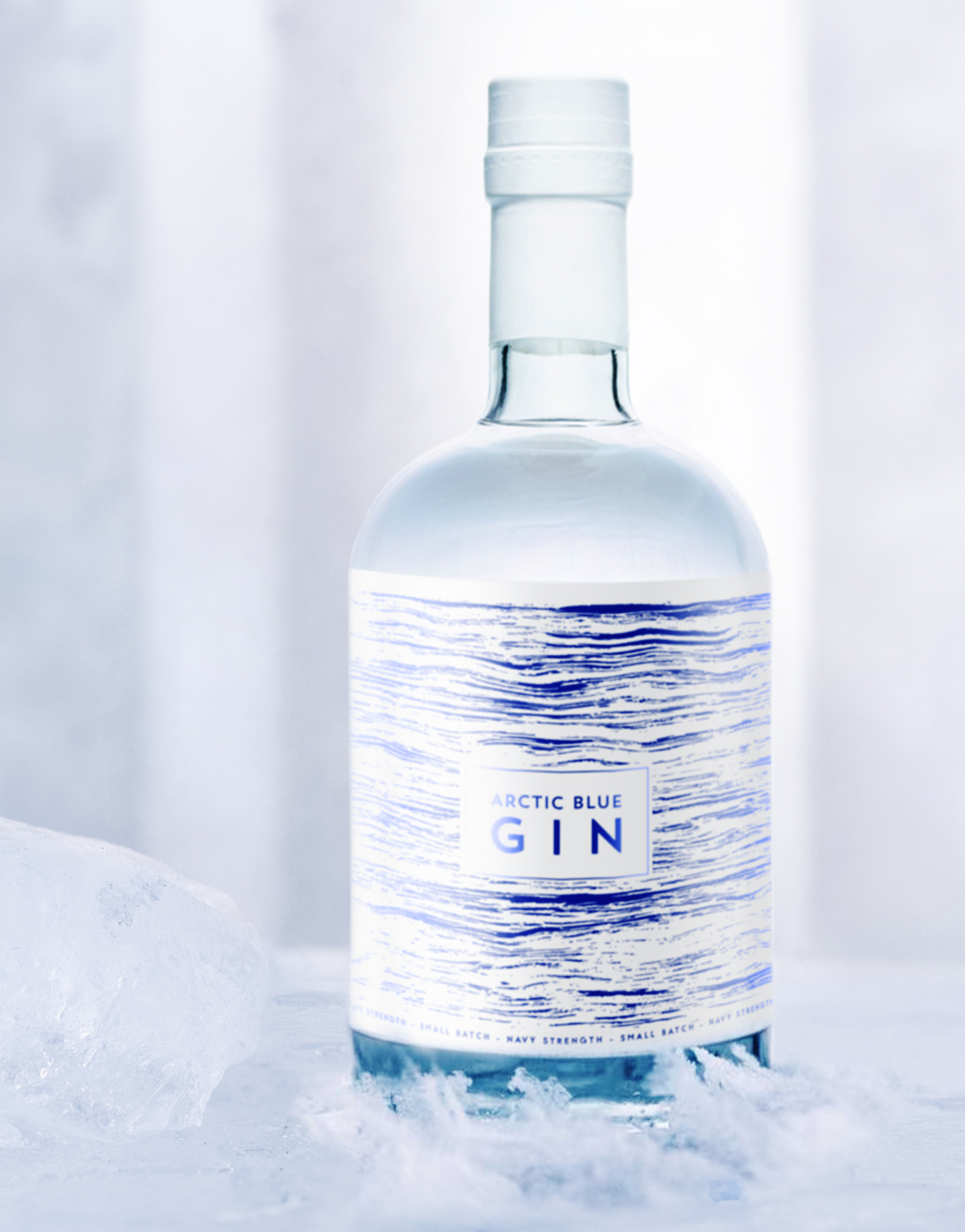 Arctic Brands Group is expanding the reach of its flagship product and company to multiple world markets, including the U.S.

As recounted in an April 12 post from Longyearbyen by explorer and expedition guide Eric Larsen, “After suffering nearly 10 days of delays due to political wrangling for planes between Russia and the Ukraine, the final straw was that the back up plan failed as well. Because we could no longer count on the use of an Antonov 74 for the season, a Basler (DC-3) was contracted from the Canadian company Kenn Borek. The crew successfully made the long [flight] via the ice camp at Barneo to Longyearbyen with little or no problems. However, due to unstable weather in Longyearbyen, the Basler would not be able to fly for several days, impacting future flying operations (and safety) for skiers potentially on the ice. It's a perfectly logical decision, and in one sense, a relief.”

The Arctic Brands team felt more disappointment than relief. But they still succeeded in opening the northernmost bar in the world. Pressed for details, Bocedi obliges:

Asked if anyone qualified for that lifetime supply of premium gin, Bocedi says alas, no.

“Though the team did spread [the word] about it and there was a lot of press talking about the pop-up bar, the closure made it almost impossible, because we didn’t know the exact coordinates until the very end (and there is no internet connection, so for example we got all this info only after they came back to civilization),” he writes.

The Finnish liquor company employs 19 worldwide, including 10 at its distillery, six at its Helsinki HQ (including a co-founder with the skepticism-inducing name of Mikko Spoof) and three in Singapore coordinating all Asian operations, he says.

It appears the exploring urge is strong at Arctic Group. Spoof’s bio says, “As a kid, he wanted to be an astronaut. Instead, he became a gastronaut,” founding Espoo-based Alberga Brewing Company. “As the head of Arctic Blue’s brand development and productization, he is the go-to person for cooperation partners. ‘We don’t manufacture alcohol. We manufacture experiences.’ ”

The tantalizing North Pole experience may have been a disappointment, but like any good explorers, Arctic Group has other irons in the fire in places less vulnerable to the enormous silent wheels of geopolitics. The company has operations in Finland, Sweden, Norway, Germany, Singapore, Hong Kong and Macau.

“Soon,” Bocedi adds, “we will open operations in the UK, France, Spain, Japan, Korea, Canada and the United States. We are setting up an office in Los Angeles as well before the end of this year.”

Where, presumably, Arctic Blue Gin and personnel will receive a warm reception by the bright blue of the cold Pacific. 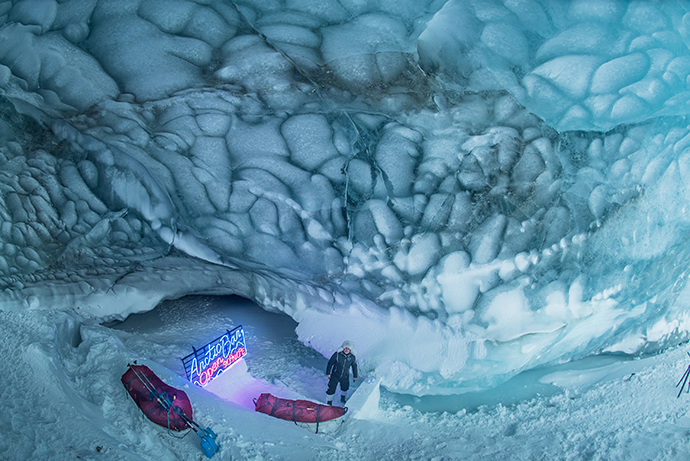