D.C. Projects Designed to Draw Workers Back to the Office

Will highly educated talent choose mixed-use properties? Developers are banking on it. 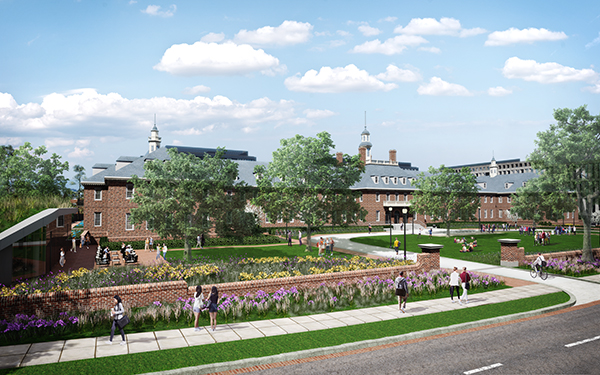 The master-planned City Ridge development is the new home of the Global Headquarters for the Americas of International Baccalaureate.
City Ridge images courtesy of Roadside Development
By RON STARNER

Will mixed-use developments bring people back to the office? In Washington, D.C., a lot of folks are betting on that prospect.

As the world enters year three of battling COVID-19, the only thing certain about the pandemic’s impact on the workplace is that the rules of the “new normal” are being rewritten daily. Here’s one of them: Nobody wants to return to an office reminiscent of the 1990s.

What people do want is a workplace more inviting than what they’ve gotten used to since March 2020. They want more than a kitchen table or makeshift home office/guest room. In short, they want the comforts of home in a place that makes work more appealing.

The developers of City Ridge in Washington, D.C., think they’ve found the solution, and the early returns from employers are proving them right. A master-planned mixed-use development in the heart of the nation’s capital, City Ridge is the new home of the Global Headquarters for the Americas of International Baccalaureate.

Thaimur Changezi, CFO of IB, recently spoke with Site Selection about the process that led the organization to choose City Ridge as its new home

“The IB office is not new to the Washington, D.C., area,” Changezi says. “Our IB Global Centre has a long history in the District of Columbia. Some of the first IB programs were in schools located in the District, and this legacy continues with IB programs in D.C. Public Schools and other institutions.”

IB is relocating 130 employees from Bethesda, Maryland, to 3900 Wisconsin Avenue, N.W., D.C. in late 2022. IB signed a long-term lease to move into a 100,000-sq.-ft. building that is part of the $715 million City Ridge, a redevelopment of Fannie Mae’s former headquarters in upper Northwest D.C. This new live-work-play community is projected to have 160,000 sq. ft. of office space, 159,000 sq. ft. of retail (including the city’s first Wegmans Food Market) and 690 residential units. It is all part of an “urban village” envisioned by Roadside Development, their partners at North American Sekisui House (NASH) and lead architect Robert Sponseller of SBA, and it will feature eight new buildings.

IB, based in Geneva, Switzerland, is an international organization that offers educational programs for students ages 3 to 19 in 160 countries. IB has nearly 200 employees in the U.S. and added its 5,000th school — Atlanta Neighborhood Charter School — in 2019.

When asked to list the factors that sealed the deal, Changezi said, “The project’s amenities, design and sustainability are great, and the project overall is exciting. Developer Richard Lake and his team at Roadside Development have been extraordinarily supportive, welcoming and generous to IB from early on as we began our partnership, and Richard is very keen about IB being part of the new development. We’re looking forward to a great partnership with Richard, including building a community in the area.”

A Place for Academia and the Arts

Richard Lake, principal and managing partner with Roadside Development, developer of City Ridge, says that his firm acquired the property from Fannie Mae in 2016, two years before Fannie Mae began relocating to downtown. “We are creating an Urban Village that is about people coming together,” Lake says. “The scale and vision of the design and mix of uses enhances human connection and prioritizes people over autos. The mix of amenities is about creating spaces where people have choices. The collection of uses is purposeful and provides a balance that we all seek between work and other components of our life.” 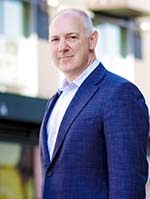 “Some of the best schools in the nation are located in upper Northwest D.C.” — Richard Lake, Principal and Managing Partner, Roadside Development

IB has told Lake that they expect 75% to 80% of workers to come back and work on site eventually. “They think that will normalize at some point,” he adds. “It may not be  five days a week, but they will provide flex days.”

Lake said the inspiration for City Ridge was the opportunity to reimagine a community which provides scale while enhancing its village nature. Bounded to the west by Glover Archibald Park and to the east by a private cultural event park along Wisconsin Avenue, City Ridge is unique.

“We purposed to break up the scale of the residential buildings, providing an attractive collection of SBA-designed buildings,” says Lake.

“Some of the best schools in the nation are located in upper Northwest D.C.,” says Lake.

He notes that “we are expecting a diverse mix of tenants for our apartments. Families who want to stay in the city will find the local school choices and the kid-specific amenities attractive. Older adults will enjoy our well-appointed homes with upgraded finishes and appliances and generous outdoor space overlooking one of the region’s largest natural parks. The closest metro stop is just a 10-minute walk away. And with Uber and Lyft and EV charging stations, it is very transportation friendly.”

Lake adds that “the front lawn along Wisconsin Avenue will provide the perfect location to showcase local artists, performers, choirs and other cultural artists. It will bring the world closer together.”

Randy Harrell, vice chair of CBRE, says that people in the Greater Washington market are looking for a live-work-play environment. 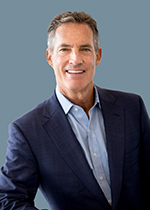 He also says that “these are the most robust developed multifamily markets of the last five to six years. This is a Harvard textbook case of how to develop a market — the ballpark, residential, retail, and now real demand for private-sector office development in that submarket.”

Times have changed and tilted the scales in favor of the employee, says Harrell. “The worker has more leverage today, given the unemployment rate. They desire to be in a live-work-play environment,” he notes. “Amazon recognized that the talented workforce is here. They knew they could recruit from all the higher education institutions in the area.”

Harrell says a strong office rebound is occurring in D.C. “The snap-back has been frankly unreal,” he says. “That is a foreshadowing for other companies that have D.C. at or near the top of their list. Even pre-COVID-19, JP Morgan Chase decided to buy a building here. Their plan was to occupy half of it. Now they will occupy all of it.”

Movement of people is driving the office sector, he adds. “Over the last 12 months, we have had more population growth back to D.C. than we have had at any point in the last 12 years,” he says. “People want to be here. It is going to drive the office market. More people are moving into the district. They want to live where they work.”

Office tenants are following suit, according to Harrell. “Sustainability, diversity and availability of workforce — D.C. ranks highly in these areas. Transportation is a huge factor too,” he says. “Pre-pandemic, the average work from home was 0.6 days a week. That is projected to grow to 1.6 days a week. Just about all our occupier clients are saying that people are coming in Tuesday, Wednesday and Thursday each week. For people not coming in to work every day, the commute is not as much of a barrier.”

IB has had plenty of company in relocating to D.C. in recent months. In the past 24 months alone, D.C. has seen big lease deals signed by these tenants:

These deals are happening as the central business district posted an office vacancy rate of 18.6% at the end of the third quarter of 2021, according to CBRE data, with a gross asking rent of $58.77. Both figures are about average for the market.

Gross leasing volume in the third quarter reached 1.8 million sq. ft. in D.C., CBRE reports. That is 37% below the quarterly average in 2018 and 2019. CBRE adds that 12 buildings totaling 2.3 million sq. ft. are under construction with a pre-lease rate averaging 47%. All are slated to be delivered through early 2023.

The Yo-Yo Effect on Housing Demand

Other business fundamentals remained strong, according to figures supplied by the D.C. Fiscal Policy Institute and the D.C. Chamber State of Business Report.

By the end of 2020, D.C. had 2,153 more business establishments than a year before, showing 5% growth. Resident employment declined by 42,000 within a few months of the pandemic; and as of July 2021, employment was 23,000 below pre-pandemic levels. But since then, the unemployment rate has been steadily improving, and now stands at 7.2% compared to 10.6% in April 2020, above pre-pandemic levels.

Burning Glass Technologies, which provides real-time data on in-demand skills and labor market trends, reports that jobs that are higher-wage and require a higher level of educational attainment are recovering more quickly. Office-based jobs, such as those in the professional and business services industry, remain only 3% below February 2020 levels.

Keith Sellars, CEO of the Washington D.C. Economic Partnership, says that office tenants continue to flock to D.C. in pursuit of talent. “Over 62% of our population has a bachelor’s degree, compared to 35% nationwide,” says Sellars. “In Arlington, it is about 75%. Education level is a huge asset.”

The same people who fled to the suburbs during the pandemic are starting to come back to the city, adds Sellars. “People were leaving the area to work remotely early in the pandemic,” he says. “Now they are coming back to live and work in the city. And people are looking to purchase housing.”