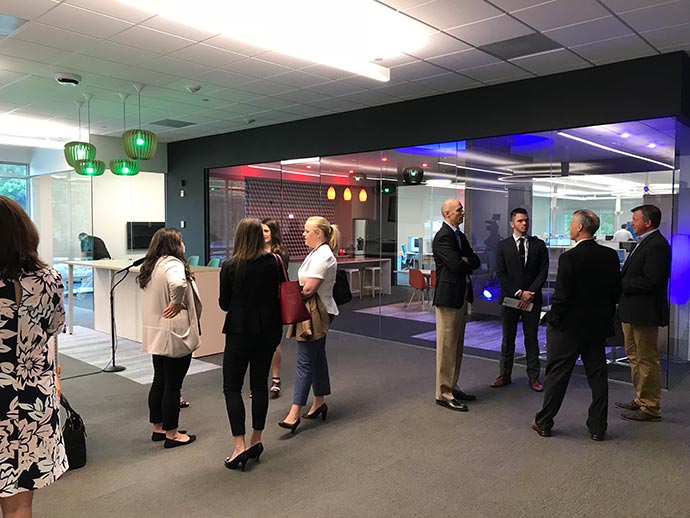 When you insure 200 million customers worldwide, it's safe to say that you can locate your support operations anywhere you want.

Assurant Inc., a Fortune 500 company (No. 361) headquartered in New York City, chose Duluth in Gwinnett County, Georgia, for its new technical support center in the suburbs of northeast Atlanta.

Tapping into the technical talent of the metro Atlanta workforce was the key driver behind the facility location decision, said Jeff Unterreiner, senior vice president of Assurant, at the grand opening of the new offices on May 30.

"We are a global company. We looked at quite a few sites," says Unterreiner. "When we looked at the local area, what's happening with technical support and schools locally and how this area continues to grow, this was the perfect site."

The $2.2-million facility investment at 2405 Commerce Avenue in Duluth will employ 335 new workers in technical support operations in a new open-floor design that Assurant executives called a "smart home."

"We looked at many sites, but our experience in Gwinnett County led us to stay here," says Unterreiner. "We can support over 200 million customers from right here."

Mike McElroy, director of technical support operations for the company that claims $6.4 billion in annual revenue, said, "We moved into this location in May of 2017. This is where we wanted to be. We already had great success in this area with other lines of business."

McElroy said the goal of the move was to enable the company "to go from good to great. We needed a smart home with an open floor plan, and that's what we have in our new space."

According to the Conway Projects Database, Assurant first invested in Duluth through its specialty property division with a $6-million, 85-job project in 2009. Other locations receiving investments over the past 15 years include Kent County, Michigan; Springfield, Ohio; Kingston, Ontario; Lawton, Oklahoma; and Florence, South Carolina.

The Ohio location was featured in a 2012 Site Selection Energy Report story profiling how the company developed its first solar power installation as well as an accompanying solar power insurance product.

At the new facility in Georgia, Assurant will provide a variety of self-service diagnostic tools, troubleshooting tips and other protection services for smart phones, smart home technology and other connected devices. New jobs will be created in operations, management and technical training.

Founded in 1892, Assurant is a global leader in risk management solutions and an insurer of cars, appliances, mobile devices and other major purchases. Assurant has a market presence in 16 countries and global assets of $32 billion.

"Georgia's top-ranked economic environment and skilled workforce continue to attract industry leaders like Assurant," Gov. Nathan Deal said in the expansion announcement in December 2017. "Assurant recognizes the benefits of operating in the No. 1 state for business," he added, referencing the fact that Site Selection magazine had named Georgia the top-ranked business climate in the nation for the fifth consecutive year in November 2017.

As part of the grand opening, Assurant also announced a new strategic partnership for workforce development with Gwinnett Tech, the county's trade and technical school. 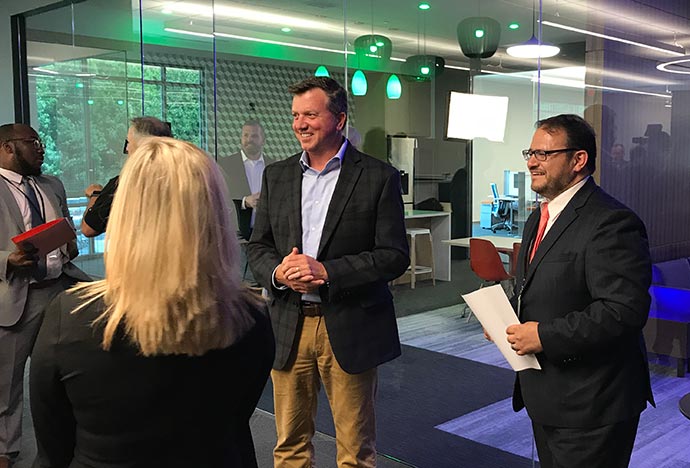