The former suburban Chicagoland HQ of the friendly skies finds new life in the cloud. 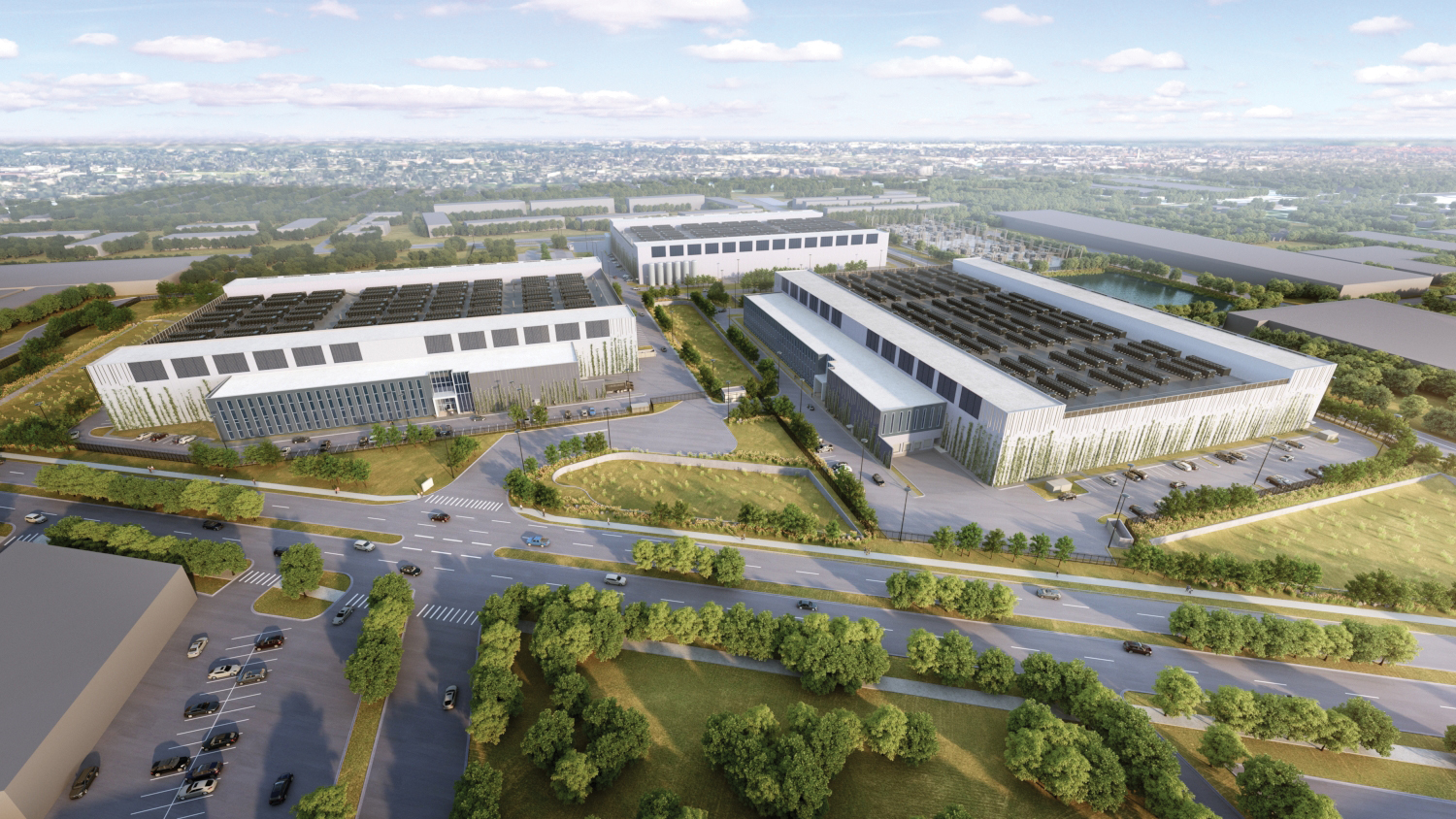 Hyperscale data center end users such as CloudHQ in Mount Prospect and Meta in DeKalb like what they see in Illinois.
Renderings courtesy of ComEd.
by RON STARNER
I

n a world where commerce increasingly is moving to the cloud, it’s only fitting that one of the biggest data center campuses in America is being built right now by a company called CloudHQ.

The fact that this 11-year-old firm based in San Francisco chose Mount Prospect in the Elk Grove area of Chicagoland tells us a lot about where this company is going and where the larger data center industry is heading.

Increasingly, that sector is heading to the cloud, and a good chunk of it is setting up shop in northern Illinois, where recent project activity has elevated the region to a top five global data center market. CloudHQ ($2.5 billion in capital investment and 1.5 million sq. ft.) and Meta Platforms Inc. ($1 billion in investment and 1.5 million sq. ft.) in DeKalb are not just the two biggest data center projects announced this year in Illinois; they are the two largest in the country, according to Site Selection’s Conway Data Projects Database.

CloudHQ broke ground August 23 on its hyperscale data center campus in Mount Prospect, about 20 miles north of downtown Chicago. Hyperscale centers are the largest and most efficient type of data centers. They typically house hundreds of thousands of computer servers in each building to support internet traffic for the digital economy. The first phase of CloudHQ’s campus, being built on the former United Airlines headquarters property, is slated for completion in 2024 and is expected to create hundreds of high-wage jobs.

Keith Harney, chief operating officer of CloudHQ, said the Chicagoland area provided everything his company was seeking for its new multi-tenant facility.

“Chicago is the nexus for the Midwest, so that is where we needed to be,” he says. “This was the largest contiguous site that we were able to find. The notion of power was there, and it was available and cooperative for our needs, as well as the connectivity, thanks to ComEd.”

“We kicked the tires on 25 different sites. It was an on-and-off love affair in trying to make this deal work.”

The fact that the project is “a readaptation of something that had been dormant makes it a win for the community, a win for us and a win for our tenants,” says Harney. “Everything came together on this site, but it did not happen easily.”

How challenging was the project? Consider this: CloudHQ spent four years “on and off trying to acquire this site,” says Harney. “We kicked the tires on 25 different sites. It was an on-and-off love affair in trying to make this deal work. The owner, United Airlines, was trying to figure out where to put all of its own people as well as us.”

They eventually figured it out. The airline announced a deal last September to sell the property to CloudHQ. “We have two good-sized buildings here,” Harney notes. “We think we can get these leased up. There is always an appetite for it.”

Does this mean that Cloud HQ will expand again? Yes, says Harney. “We expect that we will clearly be in the market again for another site,” he adds. “We don’t think two and done. We think according to demand. As the market gets more efficient, it gets more competitive.”

Competition bleeds over into the incentives race as well. “Incentives go with data centers,” Harney says. “They just do. They create a competitive edge. Thirty-six states have MOUs that have sales tax abatement. That’s only because other states recognize the efficiencies that data centers bring. The MOU is important.”

In Illinois, incentives can make or break a project. “The 6B is a program that the county can utilize,” says Harney. “We use single-tenant buildings. If you look at a state like Illinois, they passed a sales and use tax exemption in 2019. Data center development in Illinois has really exploded since then. Our customers have options. Incentives can help them choose Chicago.”

Harney says this tax differential can be a deal-breaker. “Occupancy costs matter,” he notes. “Those features can make a difference in a customer coming to our building.”

Ed Sitar, senior manager of economic and business development for ComEd, Illinois’ largest electric utility company, says, “We’ve seen a dramatic increase since 2019 in data center activity. A lot of these campus developments have come since then. Since 2019, we’ve had 16 data center wins.”

Harney adds that “we are not just in Chicago. We have a very strong footprint in Virginia. We have a couple sites tied up in the south-central U.S., and we are looking at new opportunities. We are expanding internationally too. We have a campus outside of London. We plan to put up two hyperscale data centers there. We are opening two hyperscale data centers in Frankfurt and Milan and building others in Rio, Sao Paolo and Mexico. We have more sites that we are looking at. This is clearly that moment for the digital age.”

According to a CBRE Research report published October 4, Harney is correct. The North American data center market experienced record demand during the first half of 2022.

“The North American data center sector is booming as hyperscalers and large companies sign increasingly larger leases to accommodate future growth and development activity increases to meet surging demand,” the report stated. “In U.S. primary markets, total inventory reached 3,711 megawatts (MW), up 20% year-over-year, and more than 1,600 MW is under construction, more than double the amount of a year ago.”

Some of the most active markets were Northern Virginia, Phoenix, New York Tri-State, Atlanta, Dallas, and Hillsboro, Oregon.

The JLL Data Center Outlook report from August 29 notes that “data center activity continues to swell as the world moves toward a digital future.” Among the barriers to increased development, the report said, were limited land and power availability in many major markets; persistent supply chain delays; and rising costs due to inflation. 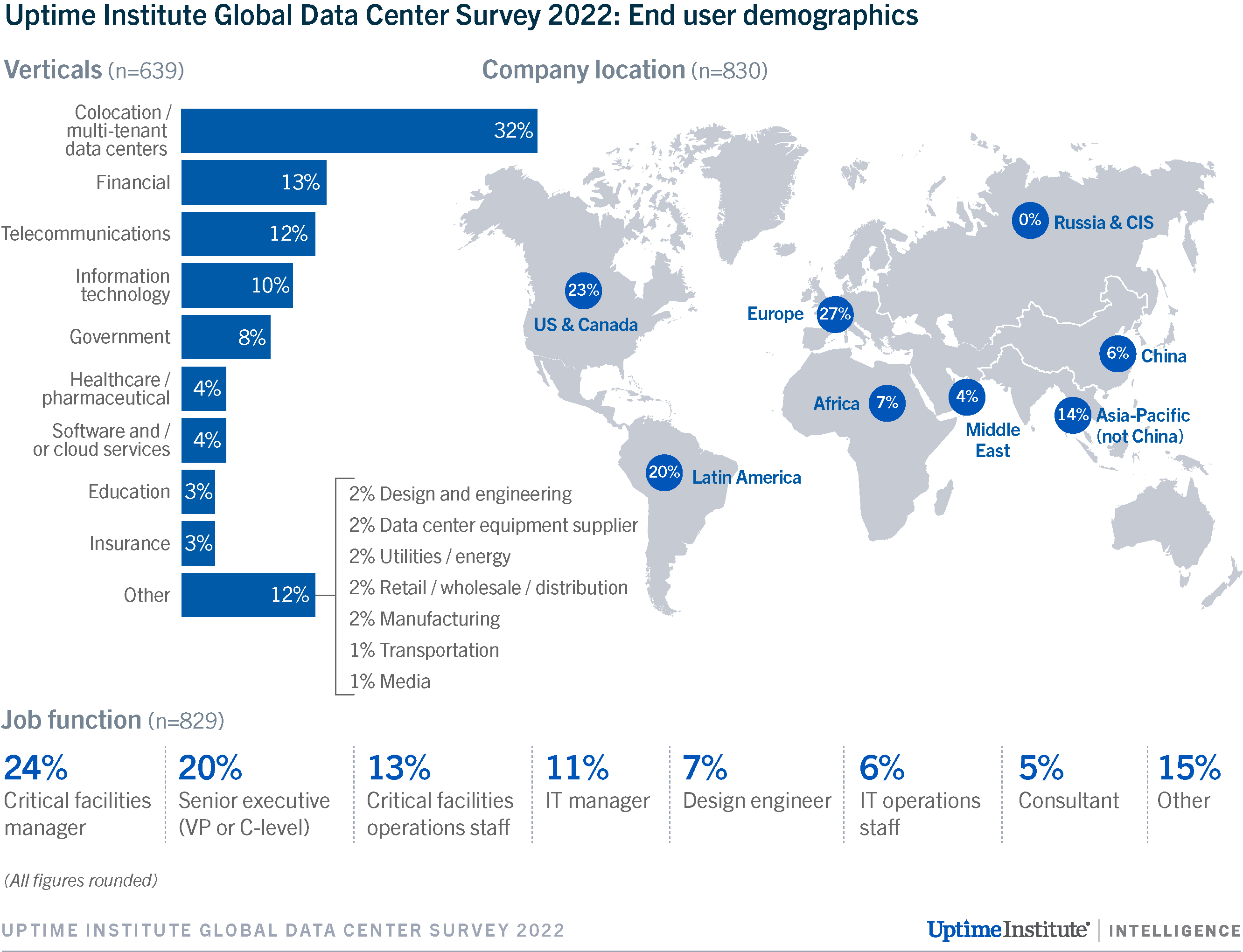