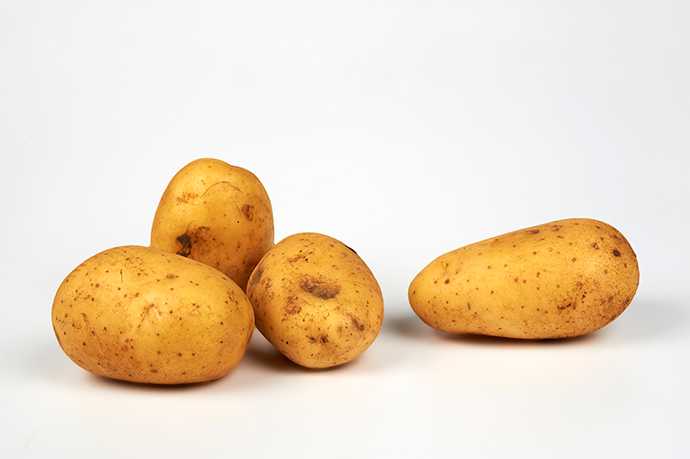 In the first decade of the 20th century, private investors and the U.S. Bureau of Reclamation built a network of irrigation dams and canals on the Snake River in south central Idaho, thus transforming a barren desert into the state's most productive farmland. So stark was the region's metamorphosis that the eight-county enclave adopted the moniker it's known by today: Magic Valley. Today, the Valley produces more than half of Idaho's farm receipts.

The most prominent towns in the Magic Valley include Twin Falls, Jerome and Burley. With a population of 10,345, Burley is the capital of Cassia County and home to the annual Spudman Triathlon and Idaho Regatta. Significantly, Burley also lays claim to two of Idaho's biggest recent facilities deals. Both — no surprise — are tied to the agriculture industry.

Canada-based McCain Foods USA is nearing completion of a huge expansion to what was already known as the world's biggest frozen French fry plant. The $200-million project will add a third production line and 180 new employees to the 530 workers already in place. The 193,000-sq.-ft. (17,930-sq.-m.) project follows recent investments in the plant totaling some $40 million.

McCain's North American Regional President Jeff DeLapp says the company considered all of its North American sites for the massive undertaking that ultimately went to Burley.

"In the end," says DeLapp, "we chose Burley due to its proximity to quality potatoes, availability of skilled workforce and strong community and state-level support."

The McCain expansion is the largest capital investment aided thus far by Idaho's four-year-old Tax Reimbursement Initiative, designed to lure in and retain quality businesses. Over 15 years, McCain will receive a 30-percent reimbursement of taxes totaling $5.86 million. State and local performance-based incentives over 20 years total about $20 million. The state says that, besides new employment at the facility, the entire project will drive 380 new jobs and require the cultivation of thousands more acres of potatoes. Further, over a 20-year period state GDP will be enhanced by $560 million.

"Between construction activities, employment at the plant and the sourcing of local supplies throughout our Idaho potato farmers," said Lt. Gov. Brad Little, "there's no question that the impact of McCain's investment will help expand our solid economic base throughout Southern Idaho."

Burley's second big project is a direct result of the first. On June 21, Gov. Butch Otter announced at the SelectUSA conference in Washington that Netherlands-based NewCold is investing $90 million to build a 140-ft. high (43-m.) sub-zero cold storage warehouse. The storage facility will be the tallest structure in Burley.

"This huge new addition to our food distribution chain will help keep Idaho on the leading edge of innovation when it comes to farm-to-market efficiency and delivering high-quality, Idaho-grown foods to the world," Otter said.

"It's completely accurate to say that we are following McCain to Burley," says Jonas Swarttouw, U.S. country manager for NewCold. "But the Magic Valley is a growing food processing area. It also has other companies who process and store frozen food. We found out that there is a lack of storage capacity, so we did develop the cold store as a public warehouse with space for other companies to store their goods."

The NewCold facility, the company's eighth worldwide and second in the U.S., will use leading-edge technology, including robotic storage and retrieval systems, to automatically move and store food products. Operators will direct equipment using advanced software systems, while the products are kept in cold storage areas cooled to sub-zero temperatures. Humans never touch the goods. The plant will open in the spring of 2019 and will employ about 75 people.

"In a normal warehouse," says Swarttouw, "the majority of workers are forklift drivers. In our facility, there is a big emphasis on people who are maintaining and operating software. Our workers are supported by the most modern technology to be much more productive. That technology reduces the need for physical effort and manpower.

"We will pick up the food produced at the McCain factory," says Swarttouw, "and drive it in our own shuttle trucks to our cold storage. In that shuttle truck there is equipment installed so we are able to automatically load the product at McCain's and automatically unload at our facility. We are excited to offer a competitive edge to existing and new Idaho food processors and provide jobs in robotic software, systems operations and automation in Burley."

"More than 2,000 jobs have been created here over the last few years," says Manning.

Since 2015, Burley has climbed from 346th to 119th in an authoritative ranking of 550 small town economies produced by Policom, a Florida-based analytics firm. Policom president William Fruth tells Site Selection that much of Burley's growth can be attributed to what he calls an "explosion" of the local agriculture industry, which resulted in a doubling of agriculture-related sales from 2006 to 2016.

"The ag industry took off," says Fruth. "But three primary industries — manufacturing, transportation and wholesale trade — also grew at a very rapid rate. The lines for the last 10 years for this area have been going straight up. There's a lot going on there."