In Ian’s Aftermath, a Long Road to Recovery Awaits

Economic developers share firsthand accounts from the zone of destruction. 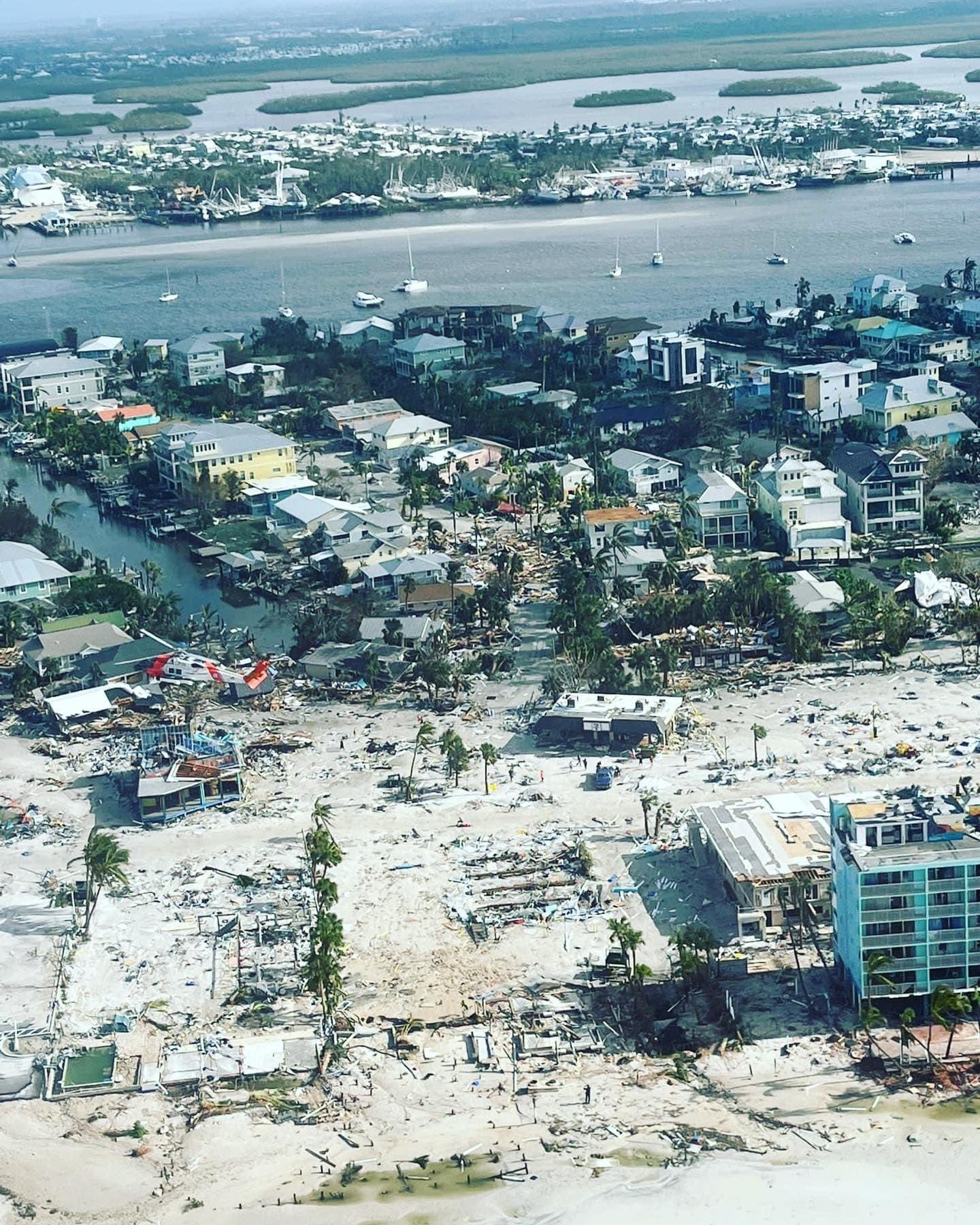 f there’s one thing that longtime Florida residents understand, it’s that the worst storms tend to bring out the best in Floridians.

Witness the immediate aftermath of Hurricane Ian, the most devastating storm to make landfall in South Florida since Hurricane Andrew in 1992. Category 4 winds of 150 mph had barely left Southwest Florida before the folks who live there began the arduous tasks of search and rescue, damage and loss assessment, disaster recovery and rebuilding.

As of late Friday, September 30, the death toll was in the dozens and was expected to keep climbing as rescuers made their way to islands that had been cut off from the mainland due to collapsed bridges and causeways. From Sanibel and Captiva Islands to Manasota Key and Boca Grande, the trail of destruction was evident everywhere, with Fort Myers bearing the brunt.

Noted economist Ray Perryman of Texas released a report that estimated total losses due to Ian could exceed $84.5 billion. AccuWeather estimates total losses of between $180 billion and $210 billion. “Upon surveying the scale of damage in Florida to infrastructure, homes, businesses, boats, beaches as well as loss of life, evacuations, rescues, widespread power outages and other factors, we were compelled to increase our estimate,” AccuWeather founder and CEO Dr. Joel N. Myers said.

By comparison, Hurricane Katrina in 2005 caused $320 billion in total damage and economic loss on the Gulf Coast, according to AccuWeather estimates (after being adjusted for inflation). Likewise, Hurricane Harvey in Houston in 2017 caused $230 billion in damage and loss, while Hurricane Sandy in 2012 caused $210 billion in losses in the Northeast.

Much of the recovery phase will be led by the people we at Site Selection know well — economic developers. We often turn to them for comment when they announce a corporate real estate project or stage a groundbreaking. But on Friday, we turned to them for comments of a different nature. We wanted to know what it was like to endure a Category 4 hurricane.

The View from Those Serving on the Front Lines

From North Port in southern Sarasota County on the Gulf Coast to Palatka in Putnam County in North Florida, they shared their stories. Hardest hit was North Port, a rapidly growing community that I’ve visited no fewer than six times since 2018.

Mel Thomas, economic development division manager for this city of 75,000 residents, said it was the worst calamity she’s seen. “North Port is severely crippled,” she said. “So many houses are under water. No water, no electricity. City hall generators went down; and the area emergency operations center had to be relocated due to structural integrity issues related to the storm. It was alarming. I worked communications until all our systems went down. Got home this afternoon … no electricity, but we have water and some minor home damages, and we lost most of our landscaping. We are, however, safe and sound.”

Erin Silk, vice president of business development services for the Economic Development Corp. of Sarasota County, added, “It will be a long recovery for Sarasota County, particularly North Port. Ian was a strong and long-lasting storm.”

In nearby Manatee County, Ruth Buchanan of GrowFL was just thankful to be safe with her family. “We’re alive,” she said. “Sheltered at a school. Did last-minute evacuation. Now assessed our house. We have a house. By God’s grace, it is not flooded. The school protected us. That was a wicked beast of a hurricane.”

AccuWeather estimates total losses of between $180 billion and $210 billion due to Hurricane Ian.

As the storm made its way across the center of the state, damaging winds and rain eventually moved into Putnam County between Gainesville and Jacksonville, along the St. Johns River. Mark Litten, who just recently began work as vice president of economic development for the Putnam County Chamber of Commerce in Palatka, said, “We weathered the storm pretty well. We did have a lot of rain Wednesday and Thursday and wind gusts of about 50 mph, but our power stayed on the whole time, which was great so I could get updates from the county emergency operations center. The county suffered some flooding in the southern part in Crescent City and Welaka, but Palatka was fine.”

From Orange Groves to Commercial Property, Little Was Spared

To put the losses into perspective, AccuWeather noted that $200 billion amounts to 1% of the national GDP. Dr. Myers said, “That is a significant hit on the economy and the entire country and could even be the difference between growth and recession, causing the Federal Reserve to keep from raising interest rates further for the remainder of the year.”

It’s also worth noting that AccuWeather accurately predicted where the heaviest rain would fall. “The heaviest rain fell along an area including the heavily populated Interstate 4 corridor between Tampa and Orlando with the highest totals in Ponce Inlet (31.52 inches), New Smyrna Beach (28.60 inches), Titusville (25.6), Avon Park (25.12), and Davenport (21.68). While much of the region is sandy soil and not as prone to flooding, the cement from the buildup of the area led to the water running off, causing flooding,” AccuWeather noted.

Most published photos showed homes, vehicles and businesses under water or missing roofs. But farms were not spared either. “Thirty to 40% of the Florida orange crop has been completely wiped out,” said Dr. Myers. “While that may not sound significant, uprooted orange trees will take years to grow back and yield fruit. Even though 80% of our orange products now come from Brazil, the remaining 20% is substantial and will negatively impact Florida’s economy in addition to the impact from other damaged crops.”

How You Can Help

If you’d like to help your friends in Florida recover, here are just some of the relief funds that are now accepting donations specifically to help hurricane victims: