This portion of TeleGeography’s world map of the internet figures to fill in as substantial data center investment comes to Mexico, particularly in the state of Querétaro.
Map courtesy of TeleGeography
By Adam Bruns
M 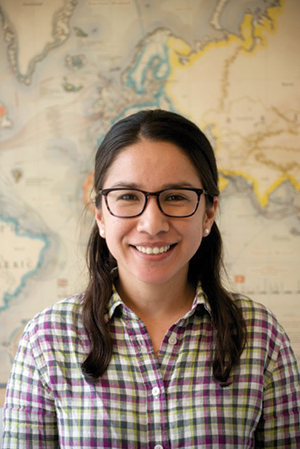 As the chart illustrates, there is real evidence of more near-shoring investment by companies from all countries (including China) following the supply chain headaches all industries have endured since the pandemic’s onset. One example: San Diego–based Morgan Polymer Seals, a supplier of gaskets to Ford, in April announced a 35,000-sq.-ft. expansion at its primary manufacturing plant in Tijuana to “help meet the rapidly growing demand for quality elastomeric seals efficiently manufactured on-shore in North America.” Founded 25 years ago, the company now has three sites in Mexico delivering over 100 million parts per year to such OEMs as Ford, GM, Stellantis and Volkswagen.

What Site Selection’s proprietary data also shows us is the less ballyhooed digitization of Mexico and its advanced manufacturing portfolio, via new data center investment by some of the world’s largest hyperscale and cloud providers. Multiple projects highlight the strategic location of Querétaro — just north of Mexico City — in particular. Among the companies landing in that region:

Until now, says San Diego–based Anahí Rebatta, senior analyst at TeleGeography specializing in Latin America and the Caribbean, Mexican telecom carriers have relied on U.S. data center infrastructure. Now, she says, “all the Mexican carriers are like, ‘Hey, we need our own data centers and IXs [internet exchanges] here. We are now seeing big service providers establishing cloud regions, not in Mexico City but in Querétaro. I was curious, and the main reason was there are no earthquakes in Querétaro.”

Indeed, says Digital Realty of its two Querétaro facilities, “close to Mexico City and in the largest growth market in the country, Digital Realty’s data centers are safe from seismic and flood zones, and provide direct access to the Mexico IX [internet exchange].”

“In Mexico, our two new edge locations in Querétaro will provide viewers as much as a 30% reduction in p90 latency measures,” says AWS of the industry metric that some have called “the new outage.”

Writing for Dgtl Infra in March, journalist Mary Zhang cited Querétaro’s Ministry of Economy as reporting 141 IT companies in the state and nine operational data centers — a total that is expected to grow to 25 in the medium term.

Microsoft’s Azure data center region is part of its broader $1.1 billion “Innovate for Mexico” investment plan in Mexico over the next five years. “The plan also includes a robust education and skilling program,” said the company in rolling out the program in 2020, “with different initiatives the first one being the creation of three laboratories and a virtual classroom, in collaboration with public universities to create an education platform for digital skills, to expand employability in future generations.”

Fernando Liu, General Director of HUAWEI CLOUD for Latin America, mentioned that Huawei has traditionally had strengths in the Operator and Business segments, and in Cloud they have taken advantage of those strengths, but at the same time it is putting a lot of efforts to help SMEs and Mexican startups.

In announcing yet another Mexican cloud region in the State of Mexico’s municipality of Tultitlan in October 2021, Huawei said its 20 years of doing business in Mexico had “contributed to the development of more efficient and better used technologies to constitute an advance, not only in terms of connectivity, but also as an engine to boost the digital economy in different sectors and industries. such as agriculture, manufacturing, the aeronautical sector, transportation, health, among many others.”

“Over 20 years, this digitalization process has marked the opening of a more efficient industrialization and Mexico has played a leading role, which has resulted in an investment of more than $500 million in the last six years, in addition to the generation of around 8,000 direct and indirect jobs,” said Fernando Liu, general director of Huawei Cloud for Latin America.

Virginia-based CloudHQ’s hyperscale data center campus in Querétaro will bring 1,000 jobs and as much as $725 million of investment. The company’s business plan calls for continued expansion inside and outside the U.S., said CloudHQ Executive Vice President José Fraga, including the company’s new project in Brazil. As for Querétaro, he said, “We believe that the state has optimal conditions for our installation, with highly qualified talent, an excellent infrastructure and a very proactive government committed to new investments that undoubtedly helps to make the business environment friendly.”

In a press release, Querétaro Governor Francisco Dominguez noted, “One of the competitive advantages of Querétaro, reflected in the 2020 competitiveness index of the Mexican Institute for Competitiveness (IMCO), is precisely the promotion of science and technology. We are the first national place in patents, second place in number of companies and scientific and technological institutions and third place in number of researchers per 100,000 inhabitants.”

Rebatta says operators who previously have located data centers in Brazil, for example, are beginning to invest in Mexico now. “I believe there will be a boom in Mexico and Querétaro,” she says of major data center investments. “Maybe we will see that Mexico will not depend so much on the U.S. for connectivity and be itself.”