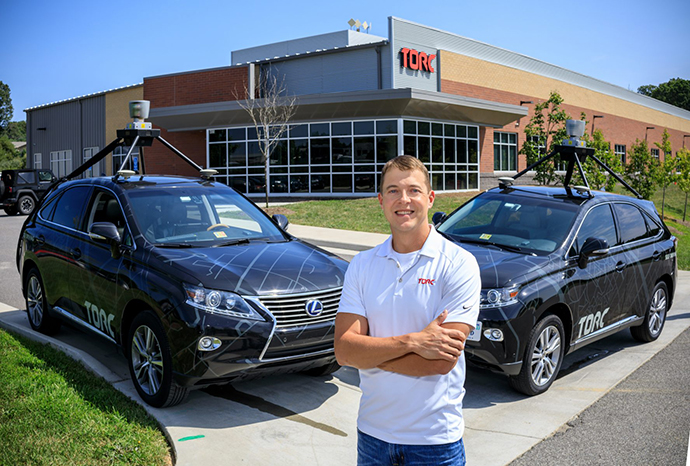 "We wanted this to have the greatest impact on society."

With those words, Michael Fleming revealed the ultimate goal of his self-driving vehicle technology company: Deliver greater safety, efficiency and economy to the world of transportation by removing human error from behind the wheel.

For 30 minutes on a rainy Tuesday morning in September in Blacksburg, Virginia, Fleming didn't just talk about what he envisioned for his Torc Robotics firm; he demonstrated it.

Starting at the Virginia Tech Montgomery Executive Airport, Fleming and I fastened our seatbelts in the back seat of Torc's autonomous Lexus SUV known as "Asimov" and then ventured out for a scenic tour of southwestern Virginia. 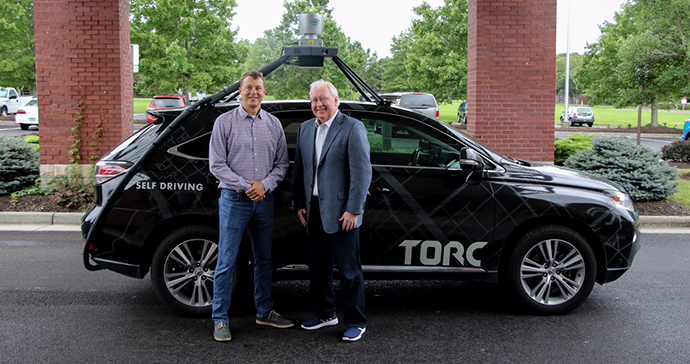 Michael Fleming — or rather, his company's technology — took Site Selection's Ron Starner out for a brilliantly uneventful spin in September.

It would be my first ride ever in a self-driving car. It likely won't be my last.

For the next half hour, the Torc-driven SUV navigated sharp curves, merged onto a busy highway, passed slow-moving trucks, avoided over-eager gawkers, and obeyed every law of the road, all in a steady rain in Appalachian hills, and did it flawlessly.

"This will significantly disrupt the mobility space," says Fleming, CEO and co-founder of Torc. "The biggest problem with automobiles is that they are subject to human driver error. The question we set out to answer was 'How do we solve this from a safety, efficiency and economy standpoint?' "

The answer came in the form of Asimov, a fully autonomous SUV outfitted with the best engineering technology to come out of Virginia Tech and the minds who gravitate there. The vehicle is named for prolific science and speculative fiction author Isaac Asimov, whose "I, Robot" trilogy coined the term "robotics" and included the Three Laws of Robotics. The first? "A robot may not injure a human being or, through inaction, allow a human being to come to harm." Among the car's many breakthroughs in the past year was the first-ever, 4,300-mile, autonomous cross-country trip, as well as navigating the New River Valley's largest snowfall.

Nothing Hokey About This Hokie Location

"We spun out of Virginia Tech," Fleming says. "We started operations in 2006 with the DARPA Urban Challenge with Virginia Tech. We have had a 10-year relationship doing R&D with the university. Having 30,000 students in our backyard is an advantage. The relatively low cost of living and the fact that the state of Virginia does not overregulate self-driving technology are big advantages for the work we do. Plus, we have the mountains, rural roads, fog, rain and snow — all the elements needed to fully validate self-driving technology."

Headquartered in a 20,000-sq.-ft. facility in 45,000-resident Blacksburg, Torc today employs more than 80 people and operates a 22-acre test site next to a 2.2-mile closed road course with weather-generating capabilities.

Fleming has guided Torc from a two-person startup to a full-fledged, multi-dimensional team. Torc's self-driving software stack has been commercially applied to the automotive, mining and defense industries — all while enjoying 10 consecutive years of growth and profitability in a rapidly changing field.

Torc announced recently that is has plans to nearly double the size of its team near the Virginia Tech Corporate Research Center in Blacksburg. "We've grown our team more in the last year, since launching Asimov, than we have in the last 10 years combined," says Fleming.

"Great things are not accomplished in short order, and we have always believed this race to be a marathon and not a sprint," he says. "The lessons learned and foundation we've created over the last decade have positioned us as one of the most experienced firms in the self-driving space." 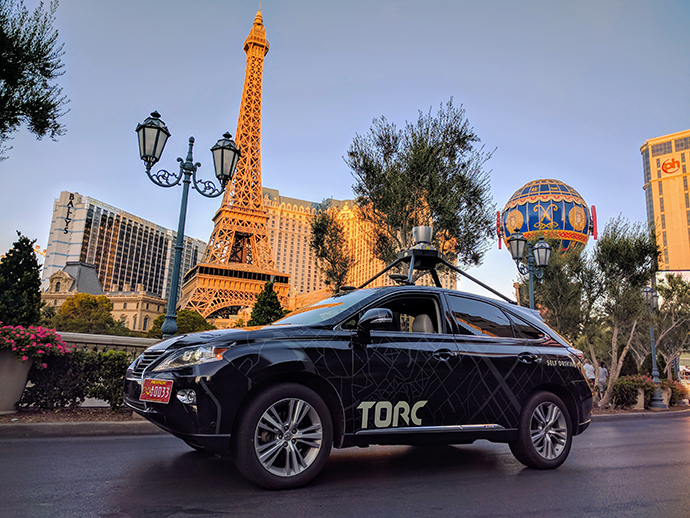 Virginia Tech has named "Intelligent Infrastructure for Human-Centered Communities" as one of its first five Destination Areas — topics around which students and faculty from a variety of backgrounds and disciplines can come together to solve the world's trickiest and most complicated problems. Self-driving cars fall under this Destination Area, as do drones and smart construction. Virginia Tech President Tim Sands stated last year that more than than 2,000 students will be involved in intelligent infrastructure study and research by 2022.

Motivating Fleming is a desire to make the roadways safer and less congested. "There are more than 1 million traffic fatalities worldwide every year, and most are due to driver error," he says. "In addition, we all spend a lot of time in gridlock traffic. The one thing we cannot buy more of is time. Just imagine if we could give commuters one to two hours of their time back every day so that they can focus on more productive things than driving."

On the Verge of Something Even Bigger

According to Grand View Research, the global self-driving cars and trucks market is expected to be nearly 7,000 units in 2020 and is projected to expand at a compounded annual growth rate of 63.1 percent from 2021 to 2030.

The global self-driving vehicle market is expected to be nearly
7,000 units in 2020
and is projected to expand at a compounded annual growth rate of
63.1 percent from 2021 to 2030.
Source: Grand View Research

Fleming also allays fears of job loss. "A lot of people are afraid that self-driving technology will put a lot of people out of work. We see driving jobs being displaced, but better jobs created in their place," he says.

As our uneventful ride came to an end, Fleming observed that, overall, "it was pretty boring. It was half an hour of Interstate and urban and rural roadways, rain, people stopping and waving at us, people driving too fast or too slow — all without human intervention."

All of which prompts one question: Where does Torc go from here?

In early October, one of those key partners was revealed, as Torc announced its technology would be integrated into a 2017 Chrysler Pacifica Hybrid. Adding the technology to the Pacifica, the announcement explained, "is another step in the company's dedication to preparing consumer-ready autonomous cars."

"We've been waiting for the time when it would be feasible to apply our system to consumer cars," Fleming said. "That time is now." 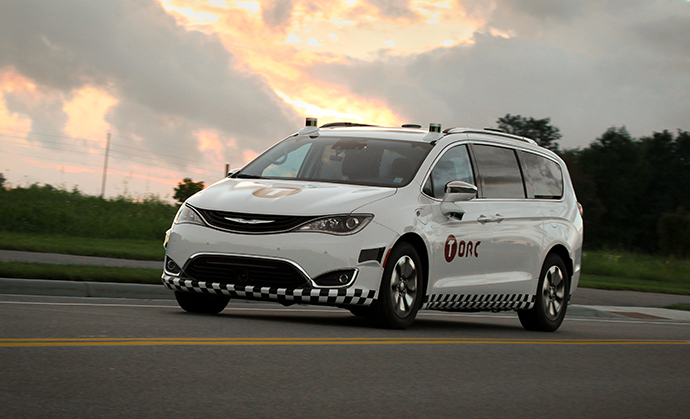 Torc announced in October that its sensors have been integrated with a 2017 Chrysler Pacifica Hybrid. The implementation includes LiDAR, radar, cameras and GPS antennas that provide 360-degree perception of the vehicle’s surroundings.