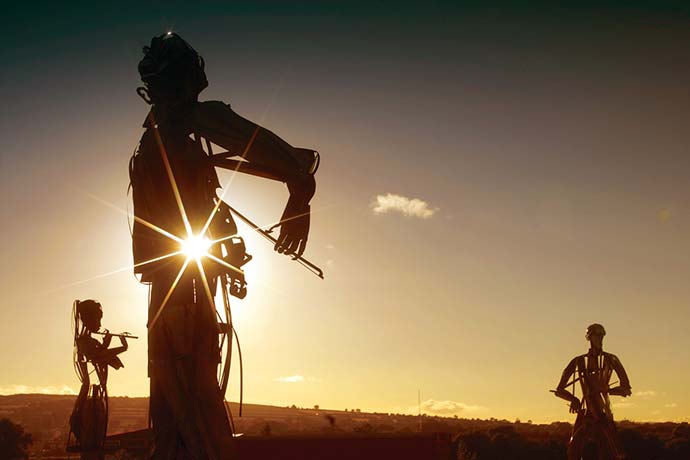 These huge sculptures entitled “Begin The Dance” are situated on the border between Strabane in County Tyrone, Northern Ireland, and Lifford in County Donegal in the Republic of Ireland.
Images courtesy of Tourism NI
by LAURA MARTIN

Today marks two weeks until the Brexit deadline. Even as you read this, new proposals are emanating from the British Prime Minister's office. Today’s includes a ‘new deal’ which effectively would impose a time-limited customs border in the Irish Sea as opposed to on the island of Ireland, something that Prime Minister Boris Johnson has repeatedly said was a hard “no” for his government. Conway, Inc. Global Director of Training & Events Laura Martin offers her own perspective on the looming effects of Brexit on her native Northern Ireland, and her recent move out of the country. 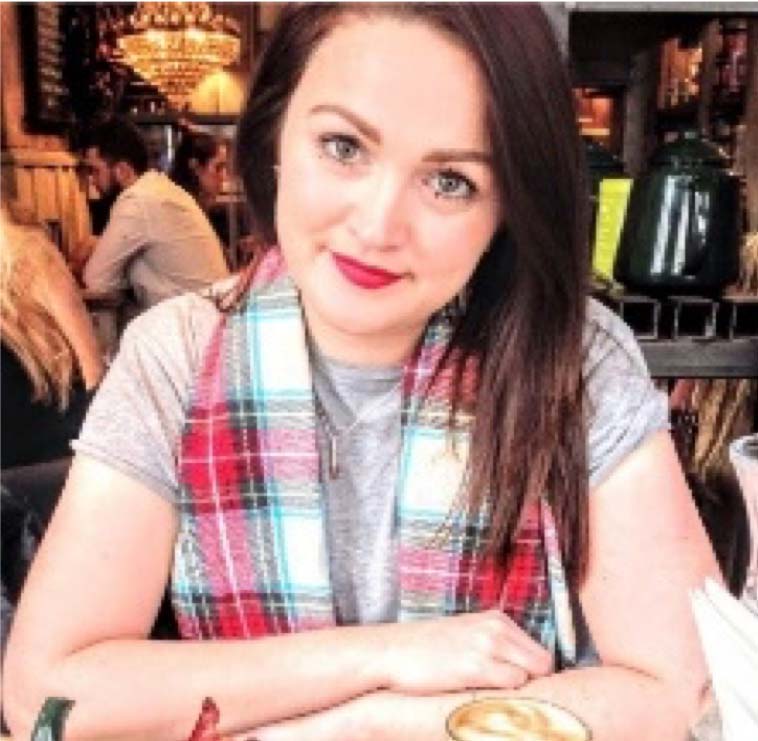 If you have been keeping up to date with goings on in the UK since June 2016 you will have watched several Tory governments try and fail to deliver Brexit while attempting to keep their own MPs happy, appease parliament, keep the general public on side and get Europe to let them go with some kind of deal they can sell to all the factions within the UK. What you may not have seen or heard too much about is the deep effect this political soap opera is having on the people on the island of Ireland.

I was born on the North Coast of Derry in Northern Ireland during the late '80s, and remember vividly growing up during the latter part of the Troubles, the Peace Process and the Good Friday Agreement of 1998, which gave people in my turbulent part of the world hope for a peaceful future for the first time after decades of strife.

The Agreement opened the border on the island of Ireland, meaning that now the only way you can notice that you are travelling from Northern Ireland to the Republic is that the road signs change from miles per hour to kilometers, and in addition to English you have Irish names listed for places in the South. There has been no infrastructure, checks or anything tangible at the border for many years. It is a border in name only.

The opening of the border also increased stability on the island, fostered cross-border cooperation and trade, encouraged investment from the UK, Europe and further afield, and opened the North to increasing numbers of foreign tourists. After 1998 the decision was taken to market Ireland as a whole for tourism and not separate it into North and South — this is something that could not have been thought possible without the Agreement, lack of border and the increased cooperation that it fostered. 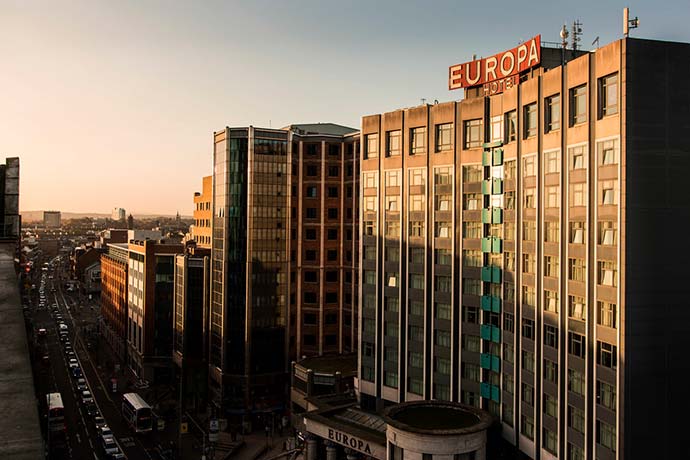 Once better known for its frequent bombardment during the Troubles, Belfast’s Europa Hotel received a major makeover and is now part of a surging tourism and business travel economy.

It also allowed people in the North, for the first time, to legally identify as Irish, British or both. Under the Good Friday Agreement, I can hold both British and Irish passports and am considered a citizen of the country or countries I choose to hold a passport from. This is the same for any Northern Irish person born on the island of Ireland.

Free to Move About

What the successive Tory governments have failed to address or grasp while negotiating Brexit is that while the border question in itself is a logistical nightmare, it is the ideology and memories behind border infrastructure that is going to cause the deepest upset.

During the Troubles, crossing the border was a frightening ordeal which involved passport and car checks by British soldiers with machine guns, and army check points with snipers on the roof — an experience none of us on the island want to go back to which harks back to a time that we all hoped we had put firmly in the past. The border check points were frequent targets of the terrorist organizations active at the time, and were regularly blown up and attacked with the loss of many lives.

"While the border question in itself is a logistical nightmare, it is the ideology and memories behind border infrastructure that is going to cause the deepest upset."

Identity politics comes into sharp focus when discussing the border. To those of us in the North who have been enjoying Irish citizenship for the last few decades, the current Brexit proposals would mean submitting to British government checks when moving around Ireland — something which is in direct contravention of the Good Friday Agreement.

In fact, any border infrastructure in Ireland would contravene the Agreement, which, ironically, is completely underwritten by EU law. The free movement of goods, people, services and capital enshrined as the four pillars of the European Union was one of the things that allowed for the open border in Ireland. This is a fact that seems to have been largely ignored by the Brexit negotiators on the British side. EU leaders have regularly said they will not accept any deal that introduces a border and undermines peace in Northern Ireland.

There has been much speculation throughout the debates about the rights of EU citizens in the UK and UK citizens in the EU after Brexit, but very few people are talking about the Northern Irish citizens who have both UK and Irish citizenships and what happens to our EU rights. According to the UK government, we will be treated as British citizens only while living in the UK, so in order to retain our Irish identity, EU citizenship and EU rights, we must up and move to another of the EU 27 countries.

I have just made the move to Amsterdam, and envisage a huge migration of young professional talent out of Northern Ireland in the next few years as the economic, cultural and political impact of Brexit hits. This will have a knock-on effect for investment into the region, as there will be a lack of available skilled workforce for expanding companies to rely on. Uncertainty is the enemy of corporate expansion, and Brexit brings that to Northern Ireland in spades. 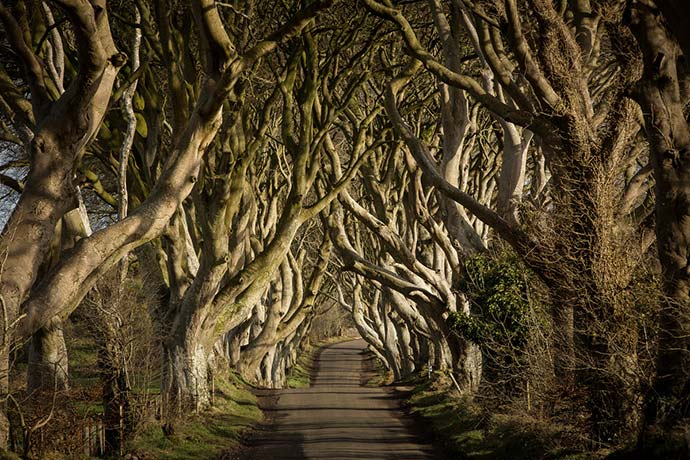 Dark times ahead? The Dark Hedges, located in Ballymoney in County Antrim, are just one of many Northern Ireland filming locations familiar to “Game of Thrones” fans. According to tourism authorities, tourism related to the series has contributed up to £30 million (US$38 million) a year to the local economy.

As well as the very serious political and economic issues coming through because of Brexit, there are also comical problems that arise when considering reintroducing a physical border. There are as many as 300 actual border crossings that would have to be dealt with in earnest, but there are also plenty of people who have homes that fall across the border — literally across the border.

There are houses in Derry where the kitchen is actually in Donegal and farmers in South Armagh who have fields on their property in Monaghan. These people cross the "border" hundreds of times per day when just walking around their home. The absurdity of the British government trying to police this and also failing to consider these questions in advance of the fateful vote in 2016 would be funny if its weren't so tragic.

"I have just made the move to Amsterdam, and envisage a huge migration of young professional talent out of Northern Ireland in the next few years."

As the 31st of October approaches and the end of the second Article 50 extension draws to a close, Boris Johnson’s new proposal to the EU seems to have ignored everyone in Ireland who said that a border was not wanted or possible to manage, and has suggested not one but two borders to get around this — the original border with a buffer zone where checks would be made away from the area they see as controversial. This painfully illustrates with amazing clarity the lack of understanding or care the current administration in the UK has for Northern Ireland, the Republic of Ireland and our shared history, and the wounds of the past that this discussion and debates bring back to the surface. 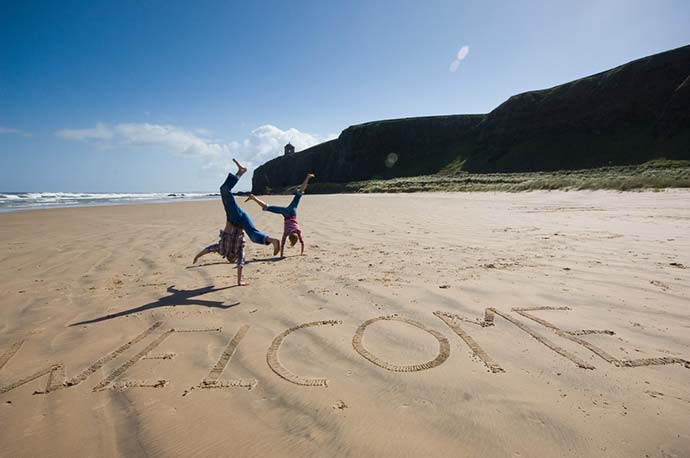 Benone Strand, one of the most popular beaches on Northern Ireland’s Causeway Coast, is close to Magilligan Point, where the Lough Foyle Ferry can take travelers to the Inishowen Peninsula in County Donegal, the Republic of Ireland.