Take Me Out to the Mixed-Use Development

Will diamonds turn into gold in Tampa, Lakeland and North Port? MLB teams think so. 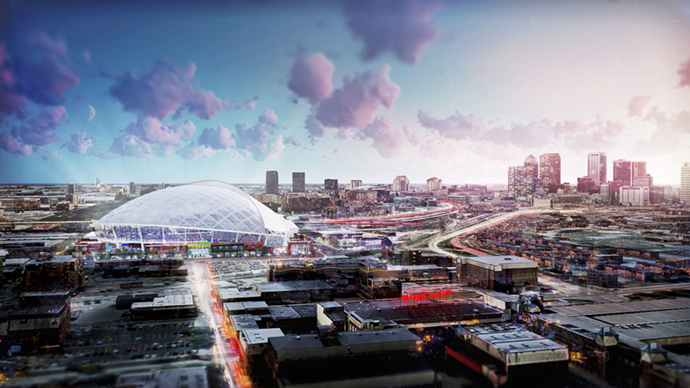 The business of baseball, it would seem, is business.

When the Tampa Bay Rays announced July 10 that they planned to build a new $892-million baseball stadium in Ybor City in Tampa, they left little doubt of that fact.

"Our goal is to become a catalyst for economic development and to add to the history and specialness of the place," says Melanie Lenz, vice president for strategy and development for the Rays, an American League club which has plied its trade in St. Petersburg in Pinellas County since the team's first season in 1998.

While the Rays signed a lease to play at the enclosed Tropicana Field in St. Petersburg through 2027, the club has an agreement in place that allows for an early exit. If funding comes through as planned, the team could begin playing in the new 28,216-seat ballpark in 377,165-resident Tampa in 2023.

By moving across Tampa Bay into neighboring Hillsborough County, the Rays are not just signaling that they want to be closer to their fan base and future ticket buyers. They're broadcasting loudly that they, like the rest of Major League Baseball, are now firmly in the business of economic development. 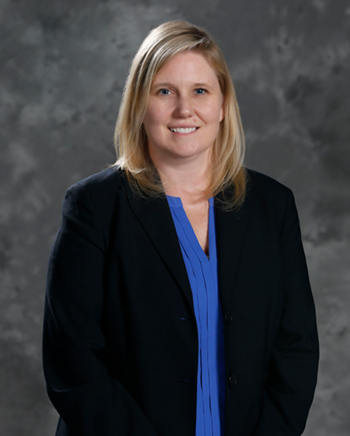 “As a club, it was important to look for a place that already has a sense of place. We were not out to create a sense of place; it had to have it already.”
— Melanie Lenz, Vice President for Strategy and Development, Tampa Bay Rays

In the new world of professional baseball, success is not measured solely by what happens on the diamond. Increasingly, the scorecard is tied to wins and losses off the field, and that includes the performance of surrounding real estate.

As the National League's Atlanta Braves demonstrated last year with the opening of SunTrust Park and The Battery in Cobb County, Georgia, just north of Atlanta, it is no longer enough to place a winning product on the field. Clubs must plan for and facilitate the development of mixed-use projects that form the critical foundation of destination communities.

In an exclusive interview with Site Selection, the Rays' Lenz says that it was this all-inclusive approach to development that underpinned her team's site selection process.

"Where the ticket buyers are coming from was not the driving factor. It was a factor, but not the most important one," she says. "As a club, it was important to look for a place that already has a sense of place. We were not out to create a sense of place — it had to have it already."

From a Dome to a Glass House

They found it in Ybor City. The former cigar-making capital of the country, Ybor has a rich history entwined with both Cuba and the sport of baseball.

"Baseball has been played in Ybor since the late 1800s," notes Lenz. "This site is as authentic as it gets. It's an under-utilized site with an industrial edge, and it's in one of the nation's greatest historic districts."

Bounded by Adamo Drive, Channelside Drive, Fourth Avenue and 15th Street, the 14-acre parcel is just north of the Ybor Channel, near both downtown Tampa and the bustling Ybor City entertainment area.

The striking structure will have operable walls made of glass and a roof formed from a translucent material, offering the best of both worlds: air conditioning in the summer and lots of natural Florida sunshine.

"Our timetable is to break ground in spring or early summer of 2020, with the goal of having first pitch in the spring of 2023," says Lenz.

A site selection team comprising Rays senior management, ballpark architect Populous and engineering and design consulting firm Kimley-Horn and Associates worked for more than a year to comb through multiple sites in Hillsborough and Pinellas counties.

When asked what elevated Ybor above other sites considered for the new 900,000-sq.-ft. stadium, Lenz said, "It's within 30 minutes of 1.6 million people. It's at the heart of countless mobility options. It's at the center of regional access, highways and other forms of urban mobility. It has the streetcar, the greenway, the bikeway. It checks off the whole list."

Most importantly, she added, "it has authenticity."

The stadium in St. Pete has never even smelled that. The only thing authentic about the Trop is its lack of popularity. The South Side (Chicago) Sox website recently wrote this before the Rays hosted the White Sox in early August: "Welcome to Tropicana Field, the most depressing ballpark in the major leagues."

Two decades of low turnout at the turnstiles haven't helped. Averaging just 14,683 fans per home game in 2018, the Rays currently have the second lowest attendance in the majors. Only the Miami Marlins, at 9,677 fans per home game, fare worse at the gate.

It now falls to Tampa Bay Rays 2020, a group of business leaders led by Charles Sykes and Ron Christaldi, to build the corporate support for lining up funding to build the new stadium. Last November, the Rays told the Tampa Bay Times that the team would be willing to contribute more than $150 million toward constructing the nearly $900-million ballpark.

"We will continue to work with our local elected officials and other stakeholders to form a public-private partnership to complete this project," says Lenz.

She adds that "while we do not control the land around the ballpark, we do expect the ballpark to be a catalyst for future development. We are excited about it."

Catching a TigerTown by the Tail

The Rays are not alone in the Sunshine State in pursuing this course of sports-themed economic development. About 35 miles to the east, the Detroit Tigers are doing it in Lakeland; and 84 miles to the south, the Atlanta Braves are hoping for it in North Port.

When an umpire says, "Play ball," he might as well be saying, "Spend money, and lots of it."
Joker Marchant Stadium, spring training home of the Tigers in Lakeland, got a $48-million makeover last year as the anchor of TigerTown. Lynn Henning, a reporter for The Detroit News, wrote last year that the ballpark "has been transformed into what is almost sure to be known as the Grapefruit League's crown jewel."

The revitalized baseball operation in Lakeland, which has served as home to the Tigers each spring since 1934, now includes an 85,000-sq.-ft. complex dedicated to improving player performance and morale. Its 9,400-sq.-ft. weight room is billed as the biggest in baseball, complete with $500,000 in new equipment and hydro-therapy tanks. 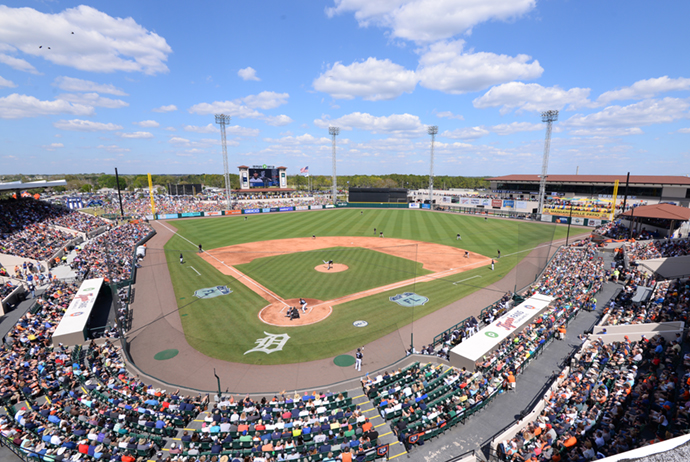 Publix Field at Joker Marchant Stadium, spring training home of the Tigers in Lakeland, got a $48-million makeover last year as the anchor of TigerTown.
Photo courtesy of Central Florida Development Council

Ron Myers, director of Florida operations for the Detroit Tigers, told a conference of commercial real estate executives at Florida Polytechnic University in Lakeland on August 9 that "we are a smokeless factory. One of our executives commented recently that this is the best baseball facility on God's green earth."

The expansive redo was enough to convince the Tigers to re-up their lease in Lakeland to 2037, meaning the American League club will pass the century mark in the Polk County city of 106,420 people midway between Tampa and Orlando on Interstate 4.

"We will be the only MLB team in Central Florida once the Braves move," says Myers. "Some 6,000 U.S. fighter pilots were trained during World War II here in a hangar in Lakeland. They were known as the Flying Tigers. That became the beginning of TigerTown in 1953. Many of the Detroit Tigers' players dodged airplanes and snakes while they trained here each spring. Fortunately, they don't have to do that anymore."

Not to be outdone, the Braves are building a $125-million stadium in North Port in Sarasota County along the Southwest Florida coast. If the Braves' recent experience in Atlanta teaches us anything, it's that the team won't skimp on its new digs in the land of palm trees, mangroves and Coppertone.

The complex will feature a 9,000-seat spring training stadium, six full-sized practice fields, a half-field for training, and a 55,000-sq.-ft. clubhouse and fitness facility. If all goes as planned, the first pitch will be delivered at the final home game of spring training in 67,000-resident North Port next spring and Braves' Minor League Operations will take up residence there April 1.

"It's the same sense of excitement that we had when SunTrust Park was coming up and getting ready to open," Chip Moore, Braves' executive vice president for minor league affiliates and strategic planning, told Braves Magazine in July. "This complex is going to be as nice as SunTrust Park for player-related amenities, and it will be one of the best in baseball."

The Florida Economic Development Council was so impressed that it awarded the City of North Port the 2018 Regional Deal of the Year for the stadium complex that is expected to create 139 full-time jobs and $1.7 billion in economic impact.

Ruth Buchanan, economic development manager for North Port, says the Braves are the national brand name and catalyst project the city was hoping to land. They just had to convince the team to leave Disney World near Orlando, the Braves' spring training home since 1997.

"The Braves looked at coastal Florida, with a primary focus on the West Coast," she says. "With the Baltimore Orioles in Sarasota, the Tampa Bay Rays in Port Charlotte, the Pittsburgh Pirates in Bradenton, and the Boston Red Sox and Minnesota Twins in Fort Myers, this location made the most sense. We also offered the best value proposition."

That value included the state of Florida kicking in $20 million for the new ballpark, Sarasota County chipping in $21 million, the City of North Port contributing $4.7 million, the West Villages development firm giving $4.7 million, and the rest of the money being raised through industrial revenue bonds. In addition, the West Villages deeded the 80-acre site.

"That helped clinch the deal," Buchanan says. "The Braves were an amazing group of people to work with. We're so happy and excited to have them as our newest residents of North Port."

For a city that has tripled in population in just 10 years, landing the Braves is transformational, says Buchanan. "We're one of the fastest-growing cities in the U.S., and this can only help attract even more attention from national developers, retailers and homebuilders," she says. "We don't even have our own downtown yet, but that is coming next."

In the world of professional baseball in Florida these days, anything seems possible. 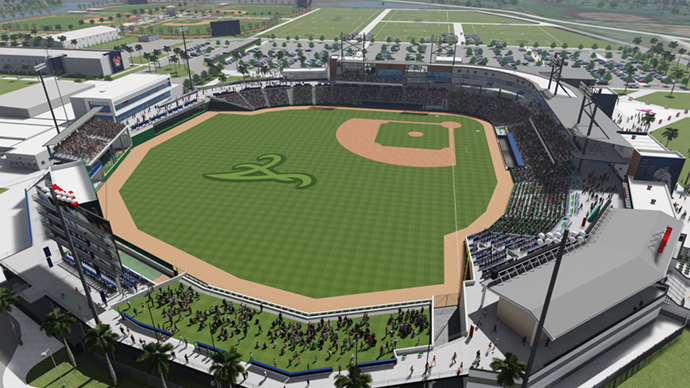