The Golf Shot Heard ‘Round the World

How Frisco, Texas, beat out 200-plus cities to land a crown jewel of sports. 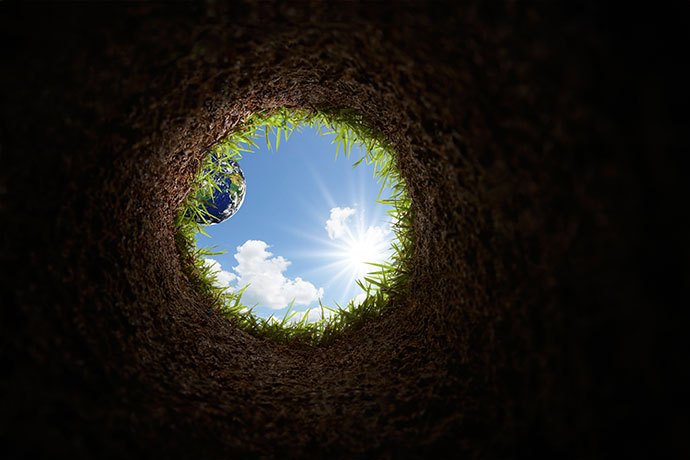 The PGA of America — the same organization holding its annual PGA Championship major tournament at Bethpage Black on Long Island this week — spent two years scouring the country to find the optimal place to build its new permanent headquarters.

When the dust settled on the complex site search, the boomtown of Frisco, Texas, beat out at least 200 other U.S. cities to land the half-billion-dollar prize. 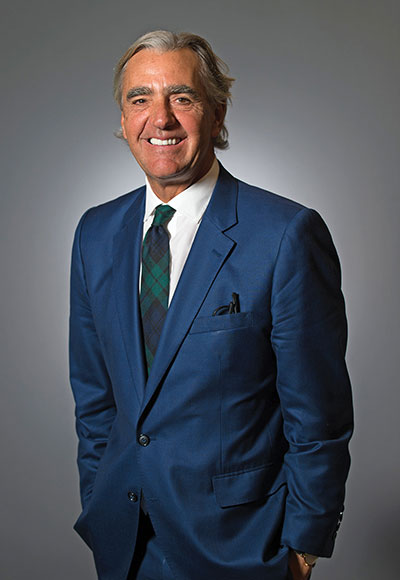 How a rapidly growing North Dallas suburb now known as “Sports City USA” outhustled behemoths like Atlanta, Phoenix and South Florida to claim golf’s biggest prize is a story of high-stakes wheeling and dealing, but mostly it’s a tale of Texas grit.

Not even Phil Mickelson attempting to drive the green on a par-four at Augusta would be as bold a play as what 173,000-resident Frisco just pulled off. The 29,000-member Professional Golfers’ Association of America, founded in 1916, is leaving its home of four decades in Palm Beach Gardens, Florida, to move to a place that was barely more than a cattle ranch just 25 years ago.

“The combination of assets they have in Frisco is just unfathomable and unmatchable anywhere.”
— Seth Waugh, CEO, PGA of America

The project has a tentative opening date of 2022, and economic models forecast that the development will have a $2.5 billion economic impact over 20 years.

“Our move to Frisco will be transcendent for the PGA of America,” said Seth Waugh, CEO of PGA of America. “Everything great starts with a dream. This is the beginning of a bold, new journey as we bring together world-class partners in a world-class location to deliver innovative and differentiated experiences for our nearly 29,000 PGA golf professionals, golfers of all abilities and our staff.”

The PGA’s Northern Texas Section will also move to what is being called PGA Frisco, joining an estimated 100 staff members at the new PGA of America headquarters. The association eventually plans to increase its workforce in Frisco to 250.

While the site selection process itself took about two years from start to finish, the search took on heightened urgency last May when the association issued a request for proposals for a new headquarters and received 212 responses. (That’s 26 fewer than for Amazon’s HQ2, if you’re keeping score.)

Key Elements of PGA of America Deal in Frisco, Texas:

Location: Just off the Dallas North Tollway near Frisco’s northern border on land that was formerly part of the estate of Bert Fields Jr, part of 2,500 acres being master-planned by Hunt Realty Investments.

Employees: 100 at outset at new HQ

Total Value of All Incentives: $163.8 million

While Waugh would not say how many communities got serious looks, he did mention Atlanta, Charlotte, Phoenix, South Florida and the Dallas-Frisco area as major contenders. “We looked at other sites in Palm Beach County, both urban and remote locations, and we looked at other possible locations in the Dallas-Fort Worth metroplex,” Waugh says. “We knew of Frisco because we had a North Texas PGA Section offer to do a municipal golf course there for PGA, so it began as our looking at it from a pure golf perspective, and then it evolved from there.”

Headquarters talks with Frisco “accelerated those conversations,” he notes, adding that “the entrance of the Omni group was really a game-changer. Everything they do is world-class.”

Several factors helped sway the deal in Frisco’s favor, says Waugh. “Frisco had a real desire to attract our brand. That fact, combined with available land and their generous incentives offer, made Frisco jump out. They were very aggressive, and they have proven that they are great at attracting companies in the sports world and across the board.”

Frisco’s success in nabbing the new corporate headquarters of the Dallas Cowboys in 2014 helped put the town on the map of many other sports organizations, he notes, and that success has transcended the sports world. On February 21 of this year, Keurig Dr Pepper announced that the company will move its Texas headquarters from nearby Plano to a new 350,000-sq.-ft., build-to-suit, leased facility at The Star in Frisco — the Cowboys’ new home.

“What we really loved about Frisco was that we had this raw piece of clay that we could make into our dream,” says Waugh. “We were just looking for a 100,000-sq.-ft. headquarters when we started, but when we began to talk to the folks in Frisco, we realized that this was a once-in-several-lifetimes opportunity to do something really significant.”

He also cited the very affordable cost of living in Frisco, the diversity of the people living there, “the optimism and happiness there that is infectious,” and an overall tax and business environment that he says “is very attractive.” 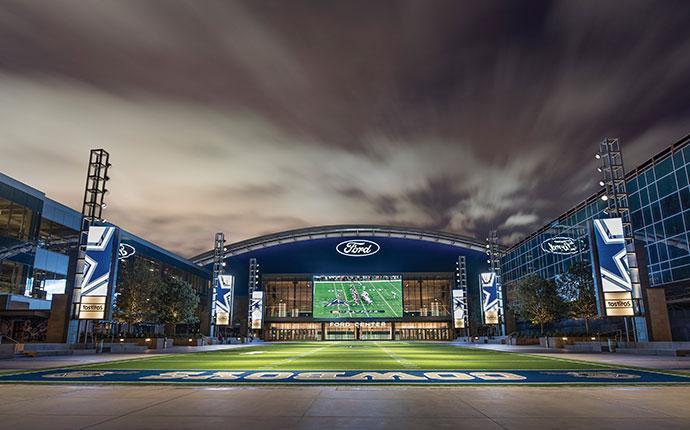 The pro-business environment in Texas sealed the deal, he adds. “The people in the Dallas-Frisco area have been incredibly welcoming,” notes Waugh. “The sports DNA in Frisco is second to none. They had every sport but ours — the Dallas Cowboys of the NFL, FC Dallas of Major League Soccer, minor league baseball and basketball and hockey, plus other sports groups. They are truly building Frisco into Sports City USA. We are the last piece of the puzzle.”

Other advantages, he says, include the Central Time Zone location and the ability to be just one flight from every major market in the country via DFW International Airport 20 minutes away.

“This will enable us to fulfill our dream of creating a laboratory for the game,” says Waugh. “It could become the Silicon Valley of Golf — a testing place for ideas and entrepreneurship and innovation. It has turned into much more than what we had even imagined.”

The huge incentives package from the city and state, he adds, “were very important. We are a non-profit organization that exists to serve our members and serve our game. We always have to be prudent and thoughtful with how we spend their resources. The incentives offer by Frisco and the State of Texas made our dream possible. Are they generous? Absolutely. That is part of what made Frisco a reality — their willingness to be generous to attract world-class companies.”

Ron Patterson, president of the Frisco Economic Development Corp., says that many people in the city and the state worked hard for long hours to make this project a reality. “It was in excess of a year that we worked through the process with PGA of America,” he says. “There may have been some other work that PGA did in the site search before that, but our process lasted about a year. They let us know early on in this process that they were very serious about choosing Frisco as their new home. By the middle of that year-long process, we felt like they were leaning in this direction versus staying where they were in South Florida.”

“Walkable, mixed-use communities are driving the market right now, and this will be one.”
— Ron Patterson, President, Frisco Economic Development Corp.

Patterson says it’s important for people to understand the totality of the project. “Walkable, mixed-use communities are driving the market right now, and this will be one,” he says. “The PGA is going not just to a standard office development, but they are going to anchor a major mixed-use community with a 500-room conference center hotel, multiple golf courses and lots of meeting space.”

Investors in the public-private project include Omni Stillwater Woods, a joint venture of Omni Hotels & Resorts, Stillwater Capital and Woods Capital; the City of Frisco and the Frisco Economic Development Corp.; and the Frisco Independent School District. 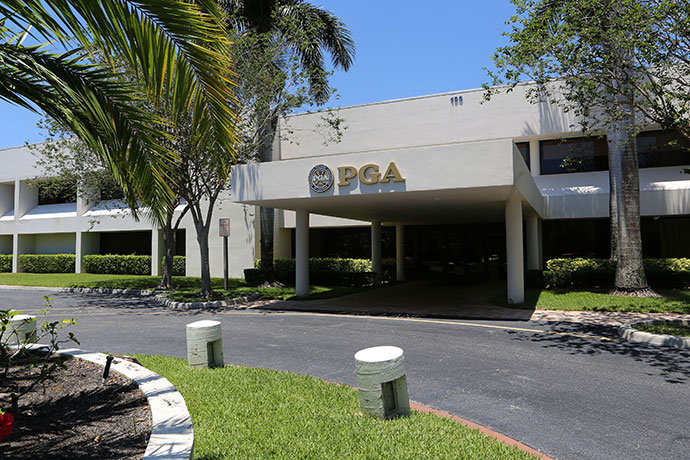 The Omni partnership will initially pay the city $100,000 a year in rent and is investing $455 million to buy the property and develop the hotel, conference center, retail shops, golf courses and parking complexes. Omni is paying $60 million for the land alone.

The city will also provide performance incentives, which include a portion of hotel occupancy, mixed beverage, sales and property taxes generated by the hotel and associated retail on site for 20 years. These performance incentives are estimated to total between $52 million and $74 million. Additionally, the State of Texas will contribute all the hotel and sales tax, along with a portion of mixed beverage tax collected on the project for 10 years. The state grant total, provided through Texas Chapter 351 incentives, is valued at more than $62.5 million over 10 years. FEDC is also investing $14.3 million over 15 years for the PGA of America headquarters relocation, job creation and PGA tournament incentives.

The project announcement, which came on December 4, 2018, capped a year in which Money magazine named Frisco the 2018 Best Place to Live in America and in which WalletHub ranked Frisco as first in the nation in population growth and first in job growth. Since 2010, Frisco’s population has jumped 47.8 percent, according to the U.S. Census Bureau.

Waugh says he’s never seen another place like Frisco. “The combination of assets they have in Frisco is just unfathomable and unmatchable anywhere,” he says. “We still love Florida and we will keep a significant part of our operational hub in Palm Beach County, but Frisco is making our dream possible. They just welcomed us with open arms.” 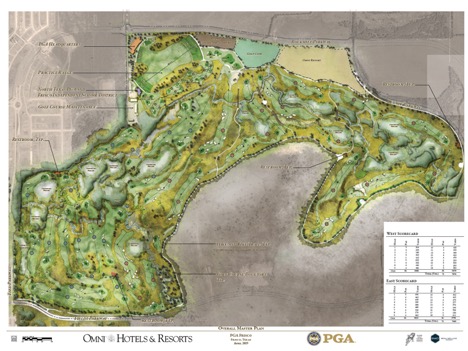