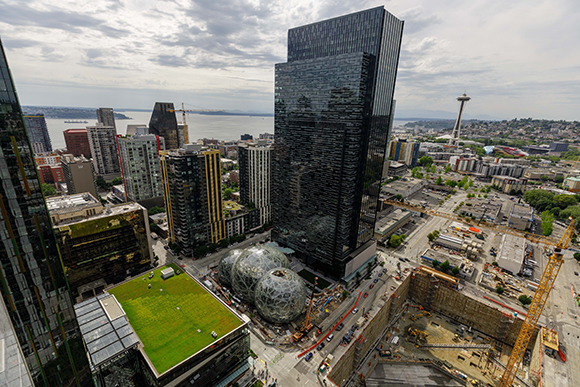 The tech talent workforce is steadily getting more diverse each year as employers emphasize it in recruitment and retention strategies. Still, diversity remains a challenge for tech employers, and to address it we must first understand its scope and implications.

By most measures, tech talent in the U.S. long has lacked diversity in comparison to the general workforce. This lack of diversity means tech employers are missing out on significant sources of talent and new ideas.

CBRE has examined the scope of this issue by including analysis of tech diversity for the first time in its annual Scoring Tech Talent report. For the past nine years, this report has assessed top U.S. and Canadian tech markets on criteria such as tech-job concentration, tech-job growth, tech graduation rates, and costs of tech labor and real estate. It defines tech talent as 20 key tech professions — such as software engineers and systems and data managers — across all industries.

The analysis went further this year by examining diversity statistics for tech-talent professions in 42 U.S. tech hubs. A perhaps unsurprising but still sobering finding: Tech talent across all industries remains predominantly white, Asian and male relative to total employment and office-using employment. Groups found to be underrepresented in U.S. tech talent: Hispanics, Blacks, other non-Asian or non-White groups, and women.

The metrics are roughly similar for recent tech-degree graduates in the U.S. — a slightly higher ratio for underrepresented race and ethnicity groups among graduates than in the existing tech talent workforce, but a slightly lower ratio for female tech graduates.

Below are five key questions and answers that identify the scope of the issue and suggest what can be done about it.

What does diversity mean?

Why is diversity important?

Diversity gives you access to a greater range of talent and helps provide insight into the needs and motivations of all communities and customer bases. Diversity also makes good business sense, as studies by McKinsey & Co. and others have shown.

Tech talent across all industries has become a major source of economic growth fueling the U.S. economy. These individuals and companies have influenced how we communicate and access information, distribute products and services, and address critical societal needs.

How diverse is tech talent?

What measurement standards were used?

Determining the level of diversity requires establishing benchmarks of comparison. It’s therefore revealing to compare the diversity of tech talent nationally and locally to that of office-using workforces in each geography.

The same analysis applies on the local level. For specific markets, CBRE used this same methodology to determine diversity for underrepresented groups. A given market can be considered more diverse if the diversity ratio of its tech-talent workforce exceeds that of its overall office-using workforce. Only four of 42 markets meet that standard: Pittsburgh (+3.5%), Charlotte (+0.8%), Nashville (+0.4%) and Atlanta (+0.2%).

There is some progress in tech-graduate diversity. From 2010 to 2019, the number of tech graduates across all groups doubled to 318,000. Asian, Hispanic and other non-white and non-Asian groups have materially increased their shares of tech degrees since 2010, while the shares of whites have declined, Blacks have remained about the same and females have increased slightly.

Looking ahead, the pandemic has created an opportunity to foster more diversity as tech companies widely embrace remote work. Tech employers focused on boosting their diversity can analyze diversity ratios among tech-talent labor pools and tech-graduate classes to determine which markets present the best to hire.

Overall, there’s more work to be done. The data suggest that diversity will change as tech graduates enter the workforce. But change will remain slow if the only source of new tech talent is moderately more diverse graduates, since each year’s graduates account for a small fraction of the broader tech talent workforce.

Thus, employers must continue to emphasize recruitment and retention of underrepresented groups. Both the public and private sectors — including high schools and universities — must further encourage young people to get interested in tech occupations and pursue tech degrees, even encouraging people to change careers to become tech talent. Bottom line, tech employers need to seek out and develop diverse tech talent since the traditional talent pipelines are falling short of meeting diversity goals.

(comparison of % share of tech talent to office-using benchmark)