Will COVID-19 Kill Globalization? What You Need to Know 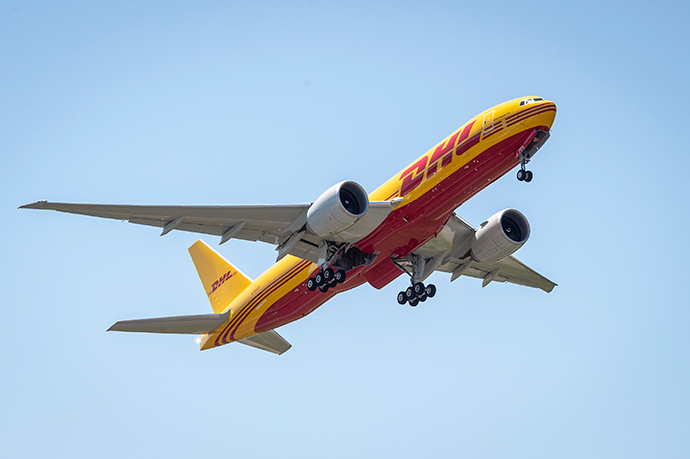 DHL, whose most recent Global Connectedness Index in December showed a slight dip but “no signs of a broad reversal of globalization so far,” is adding six new Boeing 777F-200 cargo aircraft to its fleet this year, largely driven by e-commerce. Such aircraft have proved crucial in transporting urgent deliveries during the global pandemic.
Image courtesy of DHL
By John Manzella

Recent trade battles with China, Mexico, Canada, and Europe have reduced trade flows. Now, with the outbreak of COVID-19 severely impacting international commerce, many argue that globalization will soon be dead.

Globalization is not dying. Rather, it’s evolving, and existing trends are accelerating. American companies and workers would be wise to prepare for what’s ahead.

From 2018 to 2019, world merchandise trade decreased by 3%. But this drop is nothing compared to what’s forecast this year. Due to COVID-19, the World Trade Organization predicts global merchandise trade will decline by anywhere from 13% to 32%, depending on how rapidly countries can contain it. Before I discuss how globalization is evolving, let me first explain how we got here.

Advances in telecommunications, transportation and finance led to the integration of national markets through trade and investment. This process of globalization has lifted millions of people out of poverty and significantly boosted American standards of living.

But globalization is like fire: It can cook your food, keep you warm or burn your house down. It has been tremendous for companies that produce products and services rich in intellectual property, and for workers engaged in lifelong learning. However, it has presented new challenges for companies that manufacture low-technology products and for employees with limited skills.

A major aspect of globalization has involved offshoring: the practice of moving production from high-wage countries, like the United States, to low-wage ones. Some argue this was a mistake and that all outsourced production should be brought back home. It sounds appealing.

But employing American workers to make lower-value goods — like clothing and toys — or even to assemble higher-value merchandise, would result in extremely high prices that would make products far too expensive for average consumers. And, over time, the American standard of living would fall.

The U.S. began outsourcing in the 1960s. American manufacturers began moving some production of electronics to Japan, Taiwan and South Korea. This resulted in lost manufacturing jobs. But due to lower production costs and a subsequent decline in the prices of radios and televisions, consumer demand for these products rose in the United States and abroad, resulting in more American sales and jobs in supporting fields.

The offshoring of computer hardware in the 1990s achieved even better results. According to Catherine Mann, chief economist at the Organization for Economic Cooperation and Development, it resulted in a 10% to 30% drop in computer costs. In turn, sales of PCs soared and allowed greater numbers of workers to do much more in less time.

This led to a rapid rise in U.S. productivity and added $230 billion in cumulative gross domestic product from 1995 through 2002, Mann says. In the end, many new jobs emerged, far exceeding those lost to offshoring.

In addition, the U.S.-China trade war, doubt that China will satisfy the goals established in the recently signed U.S.-China Phase One trade deal, and doubt about the ability of the two countries to even reach a planned Phase Two deal, has companies confused about what’s next in U.S.-China relations. Plus, the possibility that the Trump Administration will ultimately push to decouple the two economies, and the emergence of COVID-19, which temporarily shut down Chinese production, is a wake-up call to American companies solely reliant on that country.

What are U.S. companies operating in China now thinking? In an April 2020 joint survey published by AmCham China and AmCham Shanghai, approximately 40% of respondents said they were considering moving or have already moved manufacturing facilities out of China. Where will they go?

In a related survey, fewer than 6% said they were considering or have moved manufacturing facilities back to the United States. Another survey put that figure at 22%. These decisions are based on many factors, including trends in protectionism, the implementation of fast-evolving digital technologies, and advances in automation.

“… The possibility that the Trump Administration will ultimately push to decouple the two economies, and the emergence of COVID-19, which temporarily shut down Chinese production, is a wake-up call to American companies solely reliant on that country.”

And due to on-site 3-D printing technology, many components and parts can now be created right in manufacturing and assembly facilities when demanded. This, combined with the fact that greater numbers of goods produced in developing countries will not be exported, but consumed there, will continue to reduce merchandise trade flows.

At the same time, and even with COVID-19, advances in digital technologies are empowering more organizations of all sizes to provide solutions globally. For example, telemedicine is linking American-made ultrasound machines used in developing-country clinics to specialists in the United States who quickly analyze results. And with nearly 5 billion people connected to the internet, tremendous numbers of entrepreneurs, suppliers and buyers can collaborate to create new value through e-commerce.

Digital technologies and automation are rapidly transforming globalization and boosting productivity, one of the most important factors determining how well we live. But they are also destroying American blue-collar jobs and some white-collar ones. Over the next two decades, nearly half of existing jobs will be lost due to these technologies, report Carl Frey and Michael Osborne of the University of Oxford.

The good news: history reveals that after waves of innovation destroy jobs, more new ones are created. This time is no exception. Although we don’t know what the jobs of the future will be, we do know they will require highly skilled employees. Consequently, workers would be smart to constantly upgrade their skills.

Moving forward, companies would be smart to anticipate black swans, a term coined by the author Nassim Nicholas Taleb to describe an improbable event with severe risks that are impossible to predict and difficult to avoid. An example includes the series of events that began on March 2011 in the Pacific Ocean: an earthquake created a tsunami which smashed into Japan’s Fukushima nuclear plant. It knocked out power to three reactors, causing a nuclear accident.

If your supply chain involved that region of Japan, then it was in serious trouble. COVID-19 is another example of the devastation caused by a black swan.

To reduce threats to business, including future pandemics, companies should not rely on any one source of supply or single country, whether it’s China or another nation. By this logic, U.S. companies would be wise to not rely solely on domestic suppliers either. Also, companies should reconsider just-in-time inventory strategies, which have often turned into just-too-late failures, and stockpile more supplies in varied locations, both in the U.S. and abroad. These strategies favor globalization.

Nevertheless, protectionist trends, which have been on the march for more than a decade, are accelerating. It’s understandable that due to COVID-19, the United States, United Kingdom, South Korea, Brazil, India, Turkey, Russia, and others have placed export restrictions on medical supplies and pharmaceuticals. Supply chains involving critical goods, as well as those that support national security, should be scrutinized and strengthened.

“… Companies should not rely on any one source of supply or single country, whether it’s China or another nation. By this logic, U.S. companies would be wise to not rely solely on domestic suppliers either.”

But history shows that the widespread use of protectionist policies to eliminate competition on behalf of local suppliers can do more harm than good. On June 17, 1930, President Hoover signed the Smoot-Hawley Act, which raised tariffs on imported goods nearly 60%. This, combined with global retaliation, resulted in a decrease in U.S. exports by nearly two-thirds and a rise in the unemployment rate to 25% in 1933. Protectionism may have put the “Great” in the Great Depression.

The World Trade Organization forecasts trade will increase more than 20% in 2021. This is good news. Nevertheless, as globalization evolves, it will continue to be challenged. But it will not end. Its benefits are too big and account for more than one in every five American jobs, says Business Roundtable, an association of America’s leading companies with $7 trillion in annual revenues.

The population of the United States is 331 million; the population of the world is 7.8 billion. The key to future U.S. economic growth and job creation lies in our ability to innovate new products and services and deliver them to the world’s consumers. To do so, Americans need to champion — and not fear — globalization as it continues to evolve. 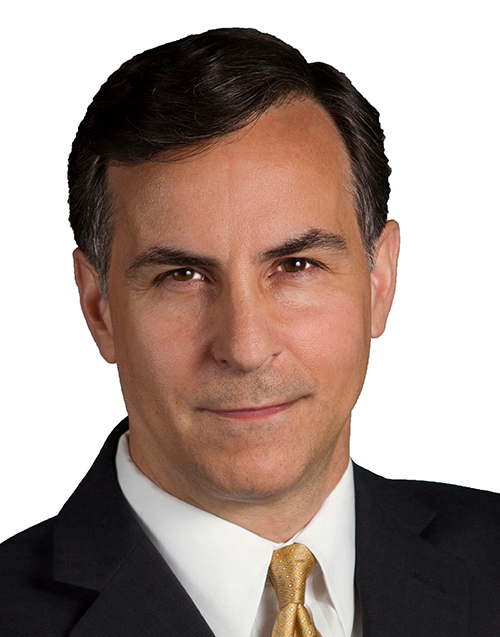 John Manzella, founder of the ManzellaReport.com, is a speaker, author and nationally syndicated columnist on global business and economic trends. Contact him at JohnManzella.com.