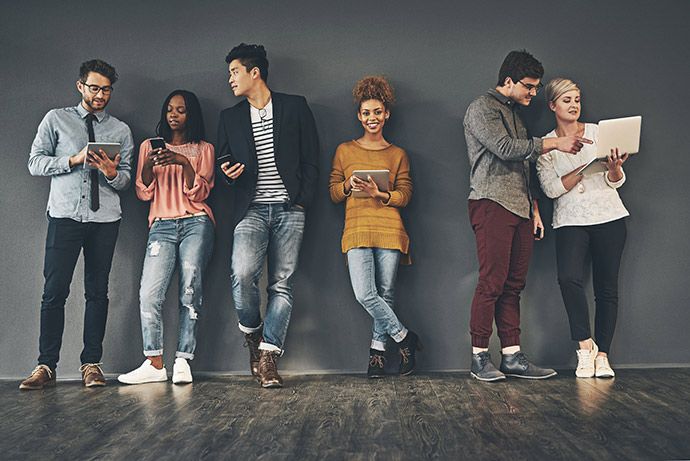 Attracting and keeping millennials is one of the top challenges facing businesses.
Photo: Getty Images
by GARY DAUGHTERS

Low unemployment and skilled labor shortages have made companies big and small combatants in a war for talent. Millennials, many now in positions of power, are disrupting the workplace. The need to "look like our customers" is driving diversity from the ranks of entry-level employees all the way to the C-suite.

How companies and municipalities adapt to this confluence of challenges, especially in the realm of talent attraction and retention, will define winners and losers. 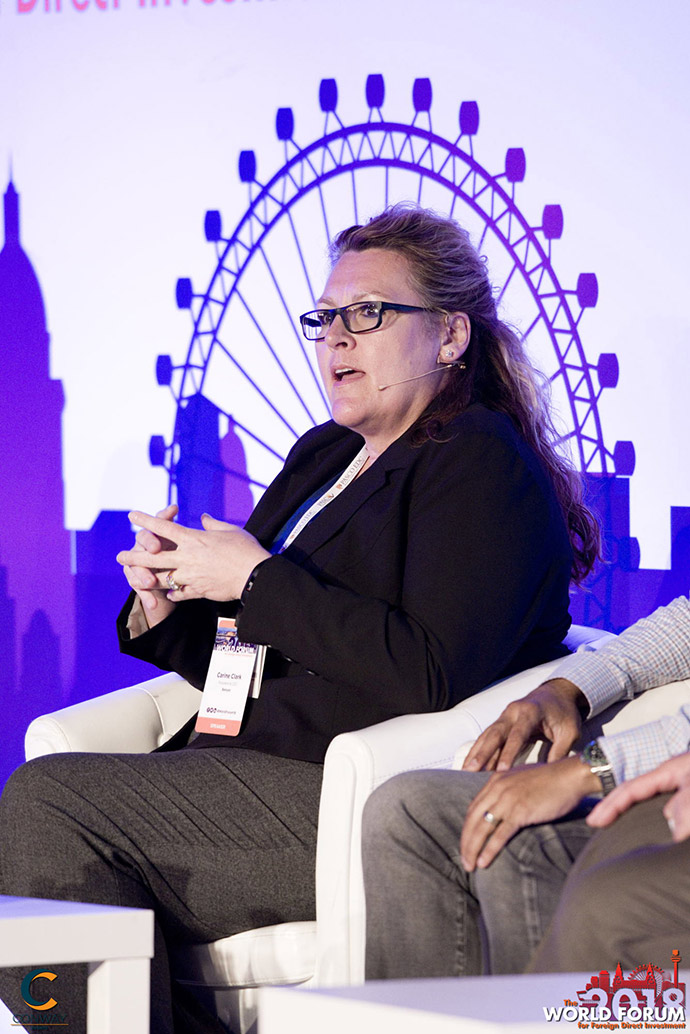 "By 2024, there'll be 1.1 million new tech jobs, and we will only be able to fill 45 percent of those jobs with the current pipeline of college students. It's gonna be a problem," said Carine Clark, president and CEO of the health tech company Banyan, headquartered in Orem, Utah.

The continuing shakeup of the workplace is forcing change at even the biggest and most time-honored enterprises, as evidenced by the ongoing shift at Lockheed Martin.

"We're moving from a hierarchical organization to a network organization," said Gustafson. "We have a whole division now for employee experience. We're really focused on building the culture. We have tasked our leaders to continually engage and listen to our employees. We do a multitude of things to get feedback. We're continually listening to what the needs are. We don't just do exit interviews to find out why people are leaving. We do stay interviews and we continuously engage."

Interapt, a technology firm, is headquartered in Louisville, Kentucky, where tech talent is notably scarce in comparison to more well-known tech hubs, according to Gopal.

"It's really hard to recruit people if they're not from the area or have a tie there," said the Interapt CEO.

Rather than try to poach new workers from one of the tech meccas, Interapt has launched a successful program to breed homegrown talent. 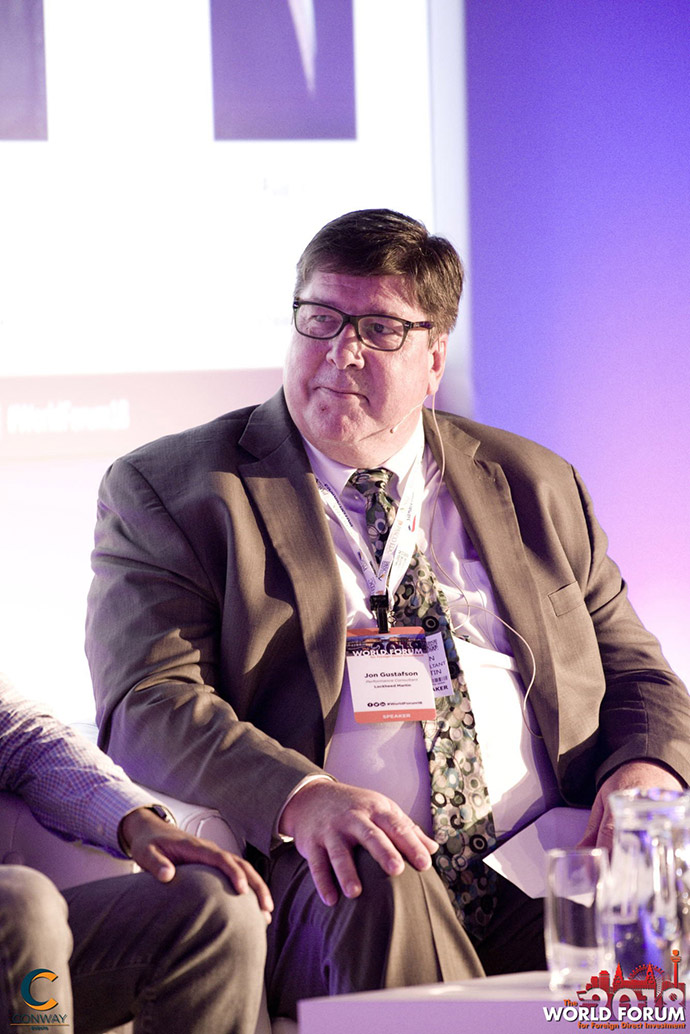 "We created an apprenticeship program, which is a four-to-six-month immersive training program where we assess people, we train them, and we give them guidance to work in a software environment," said Gopal. "We went into eastern Kentucky, we took 50 people that might have had the acumen for tech but never the guidance, and we put them through our training program. Thirty-five out of the 50 came out on the other end and are now working at our company or working at another company. So, somebody who was unemployed not too long ago is now making $80,000 a year in just 15 months."

In 2017, Interapt's program became an official part of the Kentucky Department of Labor Apprenticeship program. Just before Gopal's appearance in Liverpool, 14 individuals from Eastern Kentucky — all Interapt employees — received the Kentucky Department of Labor's first ever Registered IT Apprenticeship Certifications. "Businesses across the country are struggling to find capable IT talent, but we are proving many of them can skill up workers within their own communities to meet demand," Gopal said at a ceremony in the state capital of Frankfort. "That's why prominent companies like Humana, GE Appliances, and Chase Bank have already hired several graduates of our program."

Getting workers is just part of the challenge. The other half is getting them to stay, especially when, anecdotally at least, the "loyalty factor" isn't perceived as a huge issue among the current generation of millennial workers. Simply throwing money at the problem may not be the answer.

"Seventy-six percent of millennials," said Clark, "say they would rather have less pay and a more meaningful job than they would more pay. They want flexibility, meaningful work, and they want challenges. The great thing about millennials is they're not afraid to fail. They're not afraid to try something. If they make a mistake, they know it's recoverable. After all, they can get a new job at lunchtime."

Clark enforces no dress code. Neither does Gopal, who agrees that millennials are lured by challenging work and flexibility. 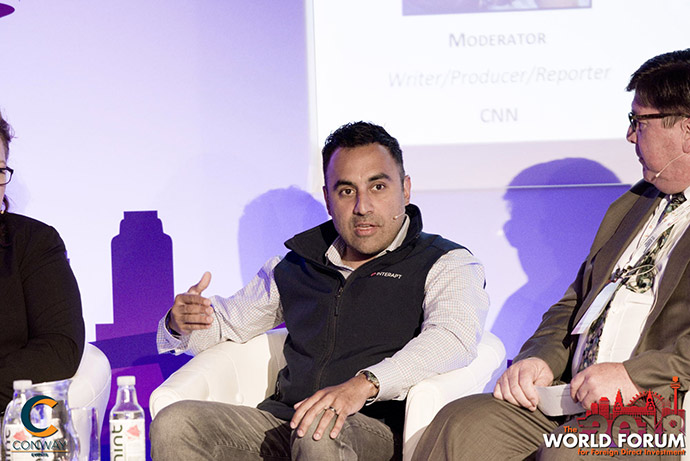 “If you’re getting your work done at a velocity that we’re happy with, we don’t care if you’re doing it from the beach”
— Ankur Gopal, CEO, Interapt
Photo by Sebastian Jug

"We have no vacation policy," he said. "You can come and go as you please as long as your work is done. We're in technology, which allows us to do that a lot more flexibly. We measure you on performance, so if you're getting your work done at a velocity that we're happy with, we don't care if you're doing it from the beach. The next-generation economy allows us to do that. Millennials want freedom," said Gopal.

Lockheed Martin is led by a woman, Marillyn Hewson, its CEO since 2013. Gustafson said the company is committed to building a diverse workplace from top to bottom.

"We're really focused on women. And we're putting women in key non-traditional leadership roles. So, it's not just HR. It's in our technical functions, in our corporate strategic business development function. It's all over. There's a direct linkage to innovation. You bring in diversity, and we're becoming more like our customers."

Clark told the audience that embracing diversity is crucial to the success of a modern enterprise. 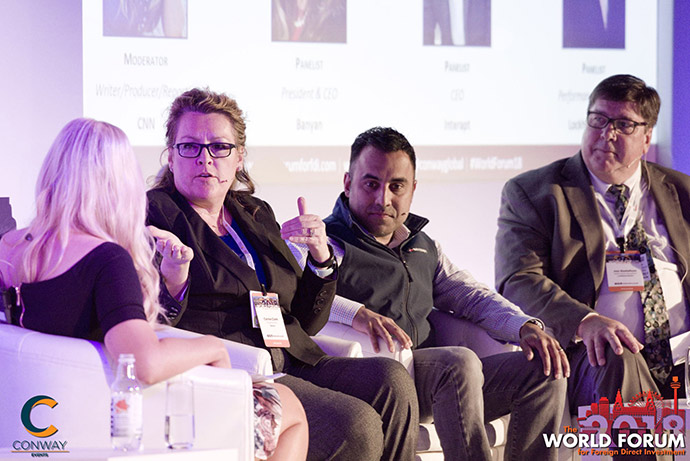 The panelists agreed that embracing diversity from top to bottom is a key to being successful, innovative and responsive to customers.
Photo by Sebastian Jug