Three corporate decision-makers explain why their projects are going where they’re going. 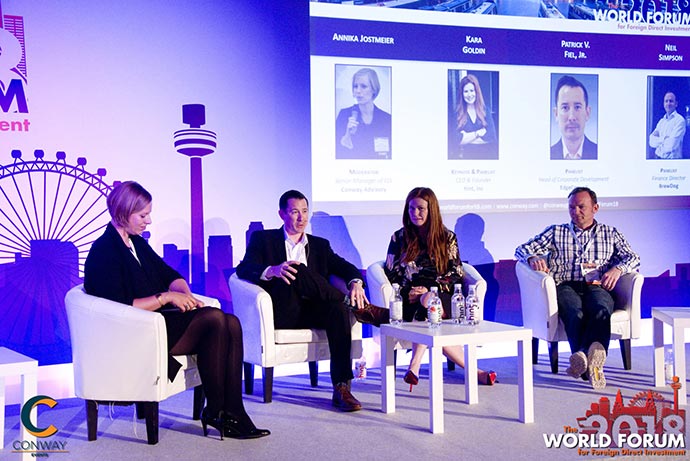 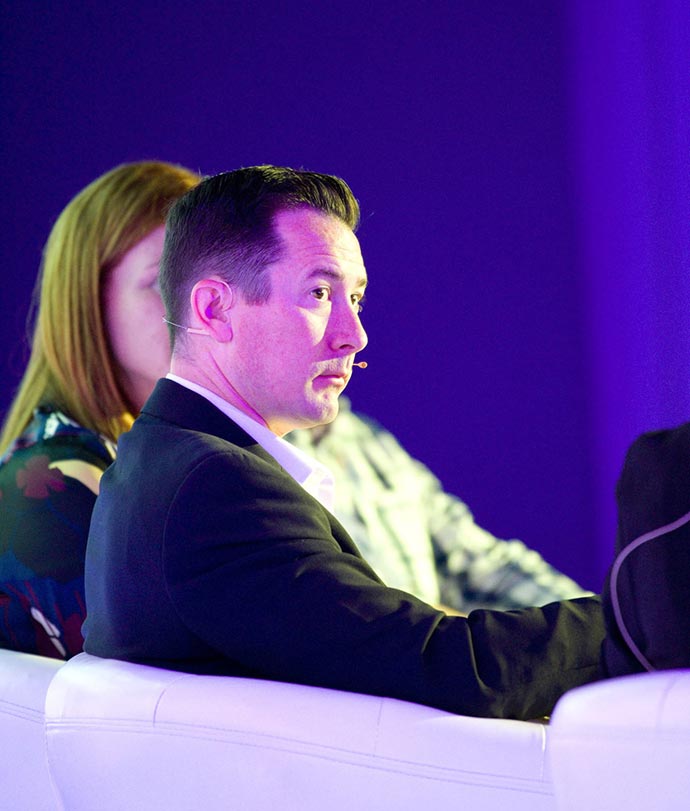 Delegates to the 2018 World Forum for Foreign Direct Investment packed a meeting hall at the Liverpool Exhibition Center earlier this month to witness a roundtable discussion of where foreign investment is going and why.

With an expanding stable of pubs in the UK, Europe and the U.S., Brewdog has become one of the most ubiquitous players on the craft beer scene. How does the company choose its locations?

"It's our CEO — he wakes up, tweets, and whichever city tweets back the most, well, that makes our site selection quite easy," Simpson said to laughter. "That's the public story, at least. But behind that for us there are some very key drivers. Beer is not inexpensive to distribute and ship, so logistics are vitally important."

According to the Brewers Association, a trade group for small and independent craft breweries in the U.S., craft brewer sales continued to grow at a rate of 5 percent by volume in 2017, even as overall U.S. beer sales fell by 1 percent. Craft brews now represent 12.7 percent of the U.S. beer market by volume. By retail dollar sales (up 8 percent to $26 billion), they now account for more than 23 percent of the $111.4-billion U.S. beer market.

Wherever you choose, Simpson said a quality workforce is key "because the craft beer space is quite technical. And you've got to look at the tax regime. In many countries, to produce in-country you save a huge amount on your cost compared to importing there.

"Site selection is very much driven by those factors," Simpson continued. "Once you've identified which country to go to, it becomes which region within that country wants to court you. We will very much be influenced by the desire of the consumer, the development agencies there and the government bodies there that want to attract us to that region. If they give us the right messages, then we'll want to work with them in partnership."

And where will Brewdog expand next?

"In terms of population, disposable income, consumer experience and brand desire, it's definitely the Asia Pacific we are looking at," Simpson said.

Kara Goldin founded hint with the idea of helping people to cut sugar from their diets. The beverage is made of fruit and water, with no sugar, sweeteners, preservatives or calories.

"Sugar," Goldin said, "is being globally held up as something that is not so good for consumers. Look at countries like China, for example, where almost 50 percent of the population under the age of 18 is developing Type 2 diabetes. Think of the impact on a national healthcare system. I want to go to places where I can make a difference.

"We've had a number of people from around the world reach out to us," said Goldin. "Many family offices have been reaching out to us from countries where they look around and they want to be healthier. In many cases these are people who have not invested necessarily in water or food and beverage but have looked at disease as a whole and what's happening to citizens of their countries and have thought this is a product that could actually help to create stability in the country."

EdgeConnex, founded five years ago, has delivered 33 data centers across 30 regions worldwide, including markets in North America, South America and Europe. Fiel says the company is looking to expand its global horizons.

"I'm very much excited about Asia Pacific," he said. "I really believe that our customers would like us to solve some of their issues going into those markets that are located there. That not only means the traditional markets like Singapore and Tokyo, but also those that are burgeoning, where I can get pioneer status taking my customers into a market in which there to date has not been a quality infrastructure that's being deployed."

Fiel said potential locations that are willing to take steps to minimize the company's exposure gain points in his site selection recommendations.

"Risk is something I have to live with," he said. "If you're an economic development agency, help alleviate that risk to any extent that's possible. That way I can have the comfort when I go to my board and my customers of saying that this is the investment decision that truly makes sense. Anytime I'm thinking about going to one place," said Fiel, "I'll have three or four other options out there simultaneously. At the end of the day, the economics have to make sense. And if I can do that in a way where I feel a little less risky — sold." 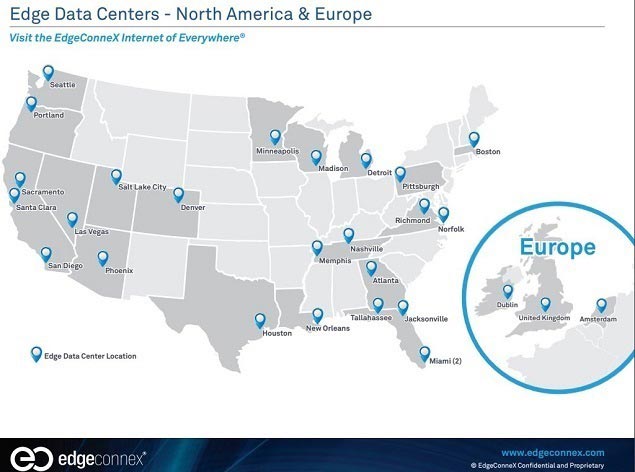