Wyoming is leading the drive in cryptocurrency and blockchain technology. 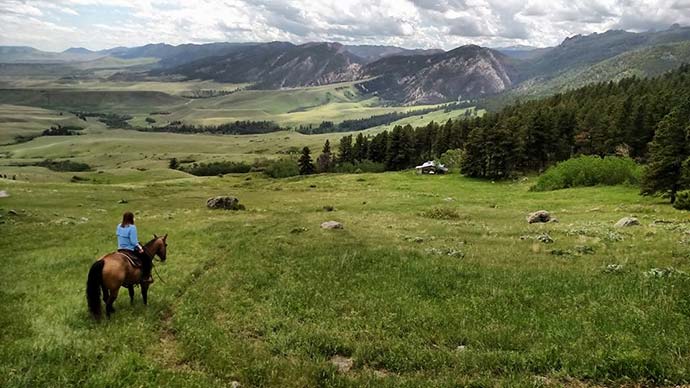 What does blockchain have to do with cattle?

Ranching hasn’t changed much over the years: Cattle are still branded with hot-irons and cowboys still wear boots and hats while they work the herd. But these days ranches in Wyoming are adopting a new technology — a computerized blockchain tag that promises to revolutionize the beef industry.

Consumers pay a premium for beef labeled “grass fed,” but there’s no real way to verify the claim. Ranchers who diligently raise a cow on the open range will fetch a price on that cow not much different from that of a cow raised in unknown conditions.

Blockchain technology allows data to be stored in a secure record that multiple parties can access and verify. Think of it as a decentralized record-keeping system. The technology’s proponents say it’s a much more secure way of storing data because it uses a series of “nodes” instead of a single, hackable server.

As Wyoming aggressively works to diversify its economy, legislators have enacted 13 laws in the last two years to make the state the most welcoming to blockchain and cryptocurrency companies in the U.S. Wyoming beef producers are known around the world for their high standards. In 2017, Wyoming ranches generated more than $1 billion in cattle sales.

A new pilot program, called Beefchain, has created a model that brings technology to the rancher to improve traceability and prove their claims. Beefchain’s RFID tag upload cow and calf information to the blockchain — establishing a secure, auditable way to better capture the premium of free-range, grass-fed beef. This program also aims to create an end-to-end supply chain solution. These tags cost approximately $1.80 each and add just a few seconds to the branding process.

Delaware of the West

As a nod to Delaware’s corporate-friendly legislation, Wyoming is aiming to become the “Delaware of the West.”

Over the past two years, the state’s legislators enacted 13 blockchain laws, with more proposals on the way. Some of the highlights on this robust list of rules include direct property rights for individual owners of digital assets and creating a state-chartered depository institution to provide banking services to blockchain businesses.

The state is already seeing an influx of new companies working in the crypto scene.

Cardano, the company behind digital currency ADA, recently chose to move its operations from Hong Kong to Wyoming.

Charles Hoskinson, the founder of Cardano, wanted to find a location closer to his home in Denver. Though he hasn’t publicly stated more of the reasoning behind the move, he revealed the move to Wyoming during an interview at a conference in Malta last November.

“Actually, we’re leaving Hong Kong,” he said responding to a question at the conference asking if he’d move his business to Malta. “We’re moving to Wyoming … We’re now a U.S. company.”

Another blockchain company, ActiveAether, is relocating its headquarters from New York to Jackson. The technology company is building a “fog computing” platform powered by a cryptocurrency called FogCoin. With ActiveAether, computer owners can rent out processing power when devices aren’t in use and will be paid with FogCoin. Software developers can then host their applications on the distributed network.

The Next Big Thing

In September, the University of Wyoming (UW) hosted the second WyoHackathon, attracting more than 400 participants. The hackathon is meant to encourage entrepreneurship and innovation through a 48-hour competitive team event where hackers collaborate on a specific problem to solve using blockchain technologies.

“This emerging technology has great promise to boost the state’s economy, and our faculty and students are immersed in the exploration of its potential,” said UW President Laurie Nichols. “The hackathon will shine a bright light on these efforts and those of people from across the country.”

“Wyoming has now enacted a total of 13 blockchain-enabling laws, making it the only U.S. state to provide a comprehensive, welcoming legal framework that enables blockchain technology to flourish, both for individuals and companies,” Long says. “These laws enable innovation and creativity, and are meant to bring capital, jobs and revenue into Wyoming.”