Location Tax Incentives:
The Best of Times,
The Worst of Times 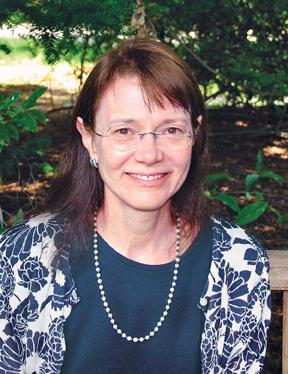 eriods of economic crisis are the worst of times and the best of times for state and local business location tax incentives. These tax expenditures, like all expenditures, face an uphill battle when revenues have collapsed and the number of needy residents requiring assistance has increased. At the same time, economic stringency and lack of revenue sharpen government appreciation for business development and job creation. If a crisis combines danger and opportunity, the current downturn could offer an opportunity to improve these incentive programs.

The academic case against business tax incentives is well established. Many analysts despair that state and local governments are engaged in destructive competition for businesses whose location will not ultimately be determined by tax considerations, in the process diminishing their tax bases and therefore their ability to offer the education, infrastructure, and social programs that support long-term economic growth. In the more than twenty years since William H. Whyte matched the siting of corporate headquarters to the residences of CEOs, this skepticism as to the role of taxes in location decisions has only increased.

But academic analysis of tax competition is by no means one-sided. Competition among governments, like competition among businesses, can improve efficiency and reduce wasteful expenditures. The mobility of businesses and individuals can encourage governments to pay greater attention to the costs and benefits of their regulatory, taxation, and spending decisions. Maryland is currently the center of a lively debate as to what extent its year-old "millionaire's tax" is the cause of a one-third drop in the number of millionaires filing tax returns there.

The economist Herbert Stein famously said, "If a thing cannot go on forever, it will stop." If the current downturn forces changes in location incentives, how might states reduce their detrimental aspects while preserving the benefits of healthy competition? Some suggestions can be drawn from the experience of tax increment financing programs, and from location incentives generally.

Tax increment financing (TIF) earmarks revenue from future tax base growth within a specific area to support economic development projects there. The enormous recent growth in TIF districts has provided dramatic examples of problems common to many incentive programs.

Although the proliferation of TIF projects provides a rich set of instructive experiences, other incentives programs present equally problematic issues.

″ Reducing Taxes on Immovable Property. Real property tax reductions are a common element of location incentives. But this disregards the economic phenomenon of capitalization, the familiar process by which the estimated future tax bills figure into the price a buyer bids for property. Any homebuyer takes mortgage, utility and tax bills into account when calculating monthly payments.

Professor William Fischel of Dartmouth College has studied houses on two sides of a street dividing Bow and Concord, N.H. The houses receive similar services and even share a school district, but the large amount of exempt property in Concord, the state capital, means tax rates are higher there than in Bow, a small jurisdiction that includes a taxable power plant. Professor Fischel found house prices on the Concord side just enough lower to equalize the total package of mortgage and tax payments for similar properties on both sides of the street. Economists would say that this adjustment to sales prices has freed new homebuyers from the incremental tax. If a new or increased tax lowers property value, it is the seller who bears the burden through the lower price. If a buyer pays a lower price for this reason, reducing property taxes can be a waste of incentive funds. If tax benefits are to be offered, income taxes, sales taxes, and taxes on movable property such as machinery and equipment should be the first targets, and taxes on immovable property the last.

″ Picking Winners and Losers. Any incentive program that puts the government in the position of choosing which lines of business to subsidize runs the risk of misplaced bets at best, and actual distortion of the economic process through government favoritism at worst. The current competition among nearly 40 states to offer credits for in-state film production is an often cited example. The film industry is glamorous, but is it the best recipient of job creation funds? A study by the New England Center for Public Policy found that Connecticut spends more on its film tax credit than on any other corporate tax expenditure. Iowa Gov. Chet Culver has frozen funding for his state's film and TV production tax credit program in the wake of revelations concerning poor program oversight. Even with the best intentions, public officials should not try to predict "winners," a target that even investment professionals so often miss.

″ Rewarding the Footloose. Taxing long-time corporate citizens in order to lure newcomers is inherently problematic. At the same time, it is part of the bedrock nature of tax incentives for business location. But this can disregard the essential mobility of all businesses. In the long run, every business requires continual investment simply to maintain and continue its operations, an investment that responds to economic incentives just as does an initial location decision.

This list may seem to encompass all aspects of tax incentive programs, down to the essential nature of an attempt to attract new business. What is left? Perhaps only the heretofore unthinkable: using incentive funds to reduce taxes on all businesses in the jurisdiction, established residents and newcomers alike. Even more ambitious would be reform that broadened the tax base by reducing special incentives more generally, with a correspondingly lower tax rate. That would actually square the circle of preserving beneficial tax competition while addressing the concerns of analysts who fear a destructive "race to the bottom" as states seek to outdo one another in lavish concessions to new business.

Competition can also be a race to the top that benefits longstanding corporate citizens as well as recent arrivals. This may seem quixotic, but a period of crisis that does not permit business as usual should be a time to think boldly about initiatives too unorthodox to be considered in stable times.

Joan Youngman is senior fellow and chair of the Department of Valuation and Taxation at the Lincoln Institute of Land Policy in Cambridge, Mass. Visit www.lincolninst.edu.