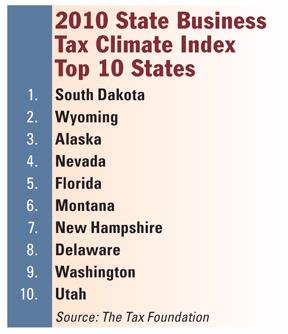 he Kansas Dept. of Commerce in October said it wants to offer healthcare IT firm and Kansas City mainstay Cerner Corp. $85 million in tax and other incentives for a new office complex, and toss in another $144.5 million from state sales tax revenue to pay for bonds used to build a new soccer stadium next door. If the Unified Government of Wyandotte County accepts the proposal, Cerner says it will create 4,500 new jobs in Kansas at an average salary of $65,000. A youth soccer complex and hotel, with no incentives aid, also would be built as part of the $414-million project.

Deal or no deal? Kansas Commerce Secretary David Kerr admitted that excitement over such a job creation promise has to be tempered with caution these days, when tax revenues in Kansas and every other state have taken anything from a dip to a nosedive.

"The financial proposal we're presenting is aggressive, yet responsible," he concluded. (In late October, Kerr accepted a new job as director of the Missouri Dept. of Economic Development, starting Nov. 9. The new Kansas Secretary of Commerce is Bill Thornton. -Ed.)

Scrutiny of such deals has ratcheted up in intensity. Wisconsin Commerce officials, for instance, are fending off lawmakers' calls for more transparency in their economic development programs, citing the competitive advantage of secrecy when it comes to strategic details. Though clawbacks are in place, the much-criticized incentives package for the Dell factory in North Carolina reared its head again this fall when Dell announced the closure of the still-young plant in Winston-Salem, with the loss of 905 jobs.

In Washington, D.C., there's talk of a federal job creation tax credit, which was last attempted 30 years ago. But some feel the time is ripe for that ultimate incentive package: comprehensive tax reform. In California, the Commission on the 21st Century Economy in late September issued its recommendations for such reform, which include a significant reduction in personal income tax rates; elimination of the 5-percent state sales tax and 8.84-percent corporate tax; and the establishment of a new business net receipts tax not to exceed 4 percent. That last part already has been panned by the American Council of Engineering Companies' California branch.

In September, the Tax Foundation released its 2010 State Business Tax Climate Index, ranking the states according to weighted scores given to their corporate income, individual income, sales, property and unemployment insurance taxes. Kentucky was the most improved — from 34th to 20th — in part because of improvements to its property tax scheme, but largely because other states fell. Idaho rose from 29th to 18th for much the same reason, though it saw some improvement to local sales tax structures.

Scott Hodge, president of the Foundation, said many legislatures are beginning to question the wisdom of incentives packages, as indigenous businesses grumble about paying higher taxes. "We think those kinds of incentives are to a state economy what steroids are to the human body," he said, i.e. initially a boost, but with long-term consequences that are "quite harmful."

Kail Padgitt, staff economist for the Tax Foundation, says the Index rewards tax systems that have stability, simplicity and transparency. "In keeping with that, credits and exemptions are seen as negative components of a tax system. If a state must entice businesses with credits and deductions it's a symptom of a larger problem with the tax code." 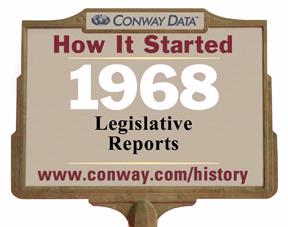 ore than 40 years ago, Conway Data, parent company of Site Selection magazine, published the first annual report on the legislative climate of each state. The report featured "dot charts" that gave at-a-glance information on each state's tax incentives. These dot charts remain a part of Site Selection's state business climate reporting today. McKinley Conway, Site Selection's publisher, says, "As a former Georgia State Senator, I know how important state business climates are in site selection and economic development. We felt that starting these charts was a real service to our readers."

"How It Started" is an occasional series offering glimpses into the 55 years of economic development and project archives associated with Site Selection publisher Conway Data and company founder McKinley Conway.