Oil and a diverse economy support an entire region. 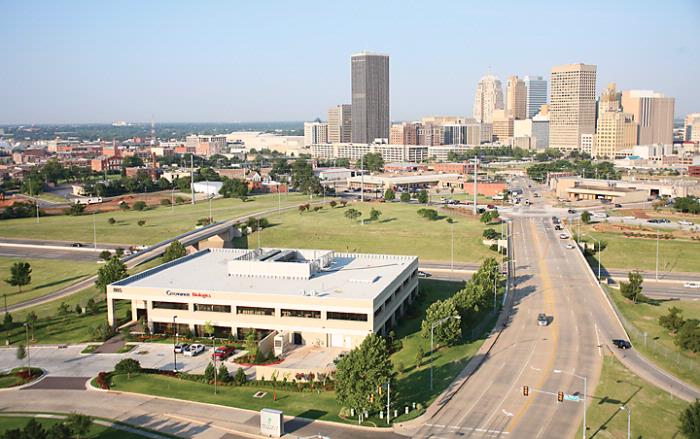 Cytovance Biologics is boosting employment by 100 at its facility in Oklahoma City.
by JOHN W. McCURRY
I 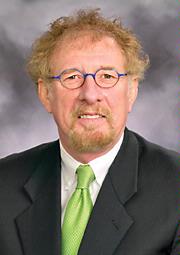 Creighton University economics professor Ernie Goss has been tracking the economy of the Central Plains states since 1994.

n relative terms, 2009 was a very good year for . The state consistently ranked among states with the lowest unemployment rates. Its rate of 4.2 percent was the lowest in the nation in October. Helping power the state is the energy sector. moved into fourth place among states in oil production during 2009, surpassing . The state accounts for about two percent of total crude oil production. Increased production and prices led the state's budget director to predict a surplus of more than US$600 million in 2011.

Much of 's oil production is coming from the Bakken shale formation. Oilman Harold Hamm, chairman and CEO of Continental Resources, which controls 650,000 acres (263,055 hectares) of Bakken, told the Great Plains Energy Expo in in November that the U.S. Geological Survey's estimate of 4.2 billion barrels of oil could be an underestimate of 100 percent.

is faring so well that Gov. John Hoeven and State Tax Commissioner Cory Fong announced on Dec. 15 the details of a $400-million tax relief program for individuals and businesses.

" is one of a handful of states that have been able to withstand and weather the recession," said Fong. "While other state governors and legislatures are looking for ways to raise revenue through raising taxes and cutting services, we just came through a historic session of funding both our important priorities and substantial tax relief."

also has reason for optimism. Manpower Inc., in its employment outlook for the first quarter of 2010, ranked fifth among 201 MSAs in terms of strong job prospects.

All of the Central Plains states have been registering jobless rates less than the national average. was at 4.9 percent in October, followed by at 5 percent, at 6.8 percent, at 7.1 percent and at 9.3 percent.

Dr. Ernie Goss, a economics professor who has tracked the economy since 1994 for a region that includes the Central Plains states, says has paced the region since the beginning of the current recession.

Goss says the economic promise of renewable energy across the Central Plains has lost some steam, but he expects it to get back on track in 2010.

"It's a transmission issue. What happened was early on there was some exuberance and there's been some cooling off now, but I expect it to be back. Once we get beyond these transmission issues and beyond incentive issues, I expect alternative energy to be on a positive path."

Goss says was hit harder in 2009 than some states in the region and lost nearly 56,000 jobs. He says has been buoyed by the strength of its food processing sector and has been helped by its diverse economy.

Goss is optimistic about 2010, with a projected cheaper dollar helping the farm sector.

"I am more optimistic about the second half than the first half of 2010," Goss says. "There are still some negatives to work their way through because farm income is down and because of problems with aircraft manufacturing in and the auto industry's problems in ."

Goss believes the jobs picture will improve as early as the first quarter of 2010. He says economic data has been getting consistently good of late rather than consistently bad.

All the optimism notwithstanding, Goss says a remote chance of a double-dip recession hovers over the region due to the decline in farm income. He says agriculture equipment manufacturers have been especially hard hit by farmers' reluctance to buy new equipment.

"The real problem challenging the region is the farm income element. It's down significantly from last year and banks have tightened up lending."

targets the arms industry. In fact, it bills itself as "Your Firearm Friendly State." More than 20 arms-related companies call the state home, mostly in two cities: and Sturgis. Two arms companies joined 's cluster in 2009, one coming from and the other from . Both plan small, specialized manufacturing operations.

Bar-Sto, a maker of auto pistol barrels, is relocating its operations from Twentynine Palms, , to Sturgis in the first half of 2010 with plans to create 18 jobs within three years.

"Bar-Sto is exactly the kind of quality company we look to recruit," said Gov. Mike Rounds. "It is a family-owned company, has been in the firearms industry more than 40 years, and has a varied clientele that includes major gun manufacturers, private citizens and custom gunsmiths."

Bar-Sto plans to build a 6,000-sq.-ft. (560-sq.-m.) building in the . The company received workforce development funds and relocation assistance through the Governor's Office of Economic Development and is partnering with Sturgis on the building.

" is really a great place to do business," said Irv Stone, second-generation owner of Bar-Sto. "The differences in the tax climates between and are night and day."

TDI, which makes arms accessories, is moving most of its manufacturing operations from to . The company is headquartered in and produces products such as grips, flashlights, stocks, magazine couplers, knives and body armor used by the military and law enforcement organizations across the world. TDI plans to bring 19 jobs to .

A strong part of 's increasingly diverse economy is its life sciences cluster, which is centered in the area. Cytovance Biologics is expanding within its 44,000-sq.-ft. (4,100-sq.-m.) facility in the . Cytovance, which specializes in the execution of clinical production of antibody and recombinant protein products, is in the process of adding 100 employees by the spring of 2010.

One of the biggest job promises in 2009 came from Waste Not Technologies of Destin, , which plans to build a plant in that will turn residential and commercial waste into a variety of products including plastic pallets and plastic railroad ties. The company plans an 800,000-sq.-ft. (74,320-sq.-m.) plant and an initial eight-hour shift of 700 workers to handle 1,000 tons of trash a day, eventually expanding to three shifts and 1,400 workers processing 3,000 tons of garbage per day. officials say Waste Not selected because of the large site and its accessibility by road and rail.