Ready For a New Year

A turnaround is predicted for Mexico’s hard-hit economy. 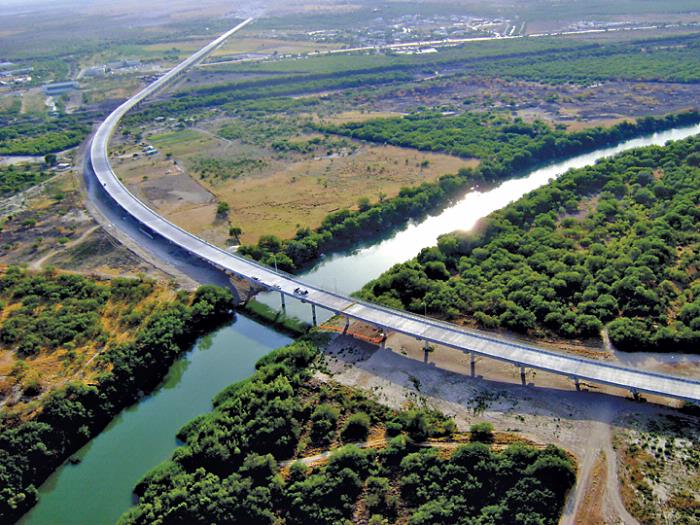 The Anzalduas International Bridge, which connects the western side of Reynosa to the Mission/McAllen, Texas, region, opened in December 2009.
by JOHN W. McCURRY
T

wo thousand nine was a difficult year for the economies of Latin America, especially . The Economic Commission for Latin America and the Caribbean (ECLAC), in a report released in mid-December, cited as being the hardest-hit country, with a decline in GDP of 6.7 percent. The ECLAC offers some better news for 2010 with a prediction that 's economy will grow by 3.5 percent, but tempers that optimism by cautioning the recovery may not be sustained as the and European economies withdraw their stimulus packages.

While most industrial sectors suffered in , many projects that already had been in the works opened during the past year.

Cesar Paredes, president of Monterrey-based Global Commercial & Investment Real Estate Corp., says the most active areas of in 2009 were , and the central region around .

"Technology-oriented and aerospace companies are still very active," Paredes says. "The closer you are to the market, the more you find qualified labor, especially in northern ."

Paredes was the broker in one of the largest single transactions ever closed in , which included the acquisition of more than 3.5 million sq. ft. (325,150 sq. m.) at six industrial parks in and . In the deal, ProLogis acquired industrial space and land in in a transaction valued at approximately US$238 million in cash and assumed debt. The acquisition bolstered ProLogis' industrial platform in by more than 40 percent and makes the company one of the country's largest providers of light manufacturing and distribution facilities.

Trade between and will get a boost with the opening of the connecting , , with the western side of . The $100-million bridge opened for traffic on December 15. Anzalduas is located three miles (4.8 km.) west of the Hidalgo/Reynosa International Bridge. The new bridge will reduce travel time between and by at least a half hour, officials say. In , the bridge connects to the McAllen Foreign Trade Zone, where more than 400 companies are based.

Office furniture manufacturer Steelcase is one of several companies recently announcing plans to open facilities in . The company anticipates beginning construction at its new chair factory in early 2010.

"This will help us improve gross margins and allow the three affected plants to focus on their core product lines," said Hamid Khorramian, vice president, operations. "The new plant, located near the U.S.-Mexico border and about 250 miles [402 km.] south of , , is ideally located so we can serve customers across while controlling our shipping costs."

Eungsung Printers, a Korean manufacturer and printer of boxes and manuals for Samsung cell phones, is one of the latest firms to move to . The company leased 80,000 sq. ft. (7,500 sq. m.) of space in the Del Norte Industrial Park from ProLogis.

While few new major projects in the automotive sector were announced, 2009 saw the opening of Daimler Trucks North America's factory in , Coahuila, in northern , after two years of construction. Daimler invested $300 million in the project, which will eventually create 1,100 jobs. (Site Selection originally reported on the project in September 2007, via an interview with Freightliner COO Roger Nielsen.)

Daimler officials say they placed the plant in due to the good experiences Daimler Trucks has had in . The northern location gives the company proximity to raw material sources, suppliers and customers, as well as good connections with the road and rail network. Daimler says the site also offers manufacturing flexibility and space for future expansion.

The plant will produce Freightliner's new flagship, the Cascadia heavy-duty Class 8 truck. The plant can produce up to 30,000 Cascadia trucks annually for sale in the U.S. Canadian, and Mexican markets. The Cascadia was introduced in the domestic market in in late 2009.

The plant is the second Daimler Trucks North America factory in , joining the Santiago Tianguistenco plant, which produces Freightliner-branded heavy and medium-duty trucks for sales in as well as the rest of Latin America, the and .

Guanajuato, one of 's thriving industrial states, also saw some investment in the auto parts sector in 2009. Projects included a $30-million, 300-job Samot piston plant in Silao and a $10-million Anderson Cook plant in that will create 80 jobs in the manufacturing of metal bases for seats.

South Korean steel conglomerate Posco opened its first overseas automobile steel sheet factory in August 2009 in in Tamaulipas, one of the country's emerging automotive industry centers. The continuous-galvanizing-line factory will have an annual capacity of 400,000 tons.

It will manufacture high quality steel products for automotive exteriors for customers in and the , including galvanized steel sheets and galvannealed steel sheets, which are products treated with heat after the zinc coating process to form a layer of iron and zinc alloy on the surface.

Some of the materials will be processed at steel processing centers in Puebla and San Luis Potosi near Mexico City which opened in 2007, each with a production capacity of 170,000 tons per year.

" is at the center of the automotive industry in the and holds great potential for growth," said Posco CEO Joon-Yang Chung at the plant's opening.

Posco officials say demand is strong for automotive steel, and predict a shortage of 2 million tons of galvanized steel sheet by 2015.

has joined the renewable energy movement, both as a manufacturing platform and as an energy developer, with new solar and wind projects coming online in 2009.

At its plant in November, Sanyo Energy began assembling thin-layer solar modules, the final step in the process for finished goods in solar module manufacturing. The plant has an annual capacity of 50 MW, with panels destined for installations in .

"Our plant was actually our first overseas module assembly facility in our solar business," said Mitsuru Homma, executive vice president. "The plant is an important and vital production location in North America for the assembly of our world's-highest-efficiency modules, and we feel that the work done here has largely contributed to the growth in sales in , and will remain a factor as this region continues to grow."

Sanyo says the new plant will help the company achieve its annual global production capacity goal of at least 600 MW in 2010.

Latin America's largest wind park, Eurus, has opened in Juchitan de Zaragoza in . Acciona Energy invested $550 million in the park in partnership with Cemex, with the goal of self-supply of energy for Cemex. The park consists of 167 Acciona 1.5 MW wind turbines spread across a 6,180-acre (2,503-hectare) site. The power generated by Eurus is equivalent to the consumption of a population of 500,000, and will avoid the emission of around 600,000 metric tons of CO2 to the atmosphere a year. Eurus has the potential to supply 25 percent of Cemex's needs in .

Swiss cocoa and chocolate maker Barry Callebaut opened a new $40-million factory in January in . The company will serve the Mexican, southern and Central and South American markets from this facility.

"Our new chocolate factory in , will enable Barry Callebaut to move closer to its growing customer base of multinational and local food manufacturers in this region," said Patrick De Maeseneire, CEO. "Chocolate confectionery in is expected to grow on average by 6.5 percent per year over the next five years These growth projections make the Mexican market a very attractive investment for Barry Callebaut. The expansion into has strengthened our position as the number one chocolate manufacturer in ."

Barry Callebaut operates eight chocolate and cocoa factories in the .

British candy giant Cadbury invested $50 million in its plant to develop a new export line at what is reported to be the world's largest chewing gum factory. The company has invested about $200 million over the past five years, and the new expansion may create 160 jobs. 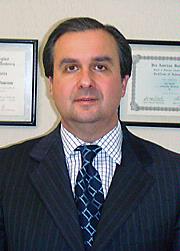 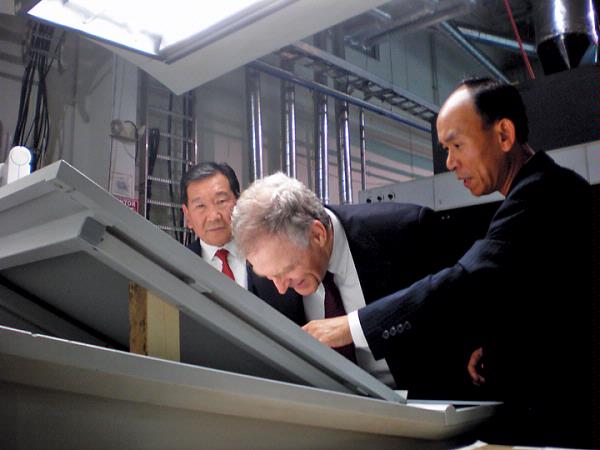 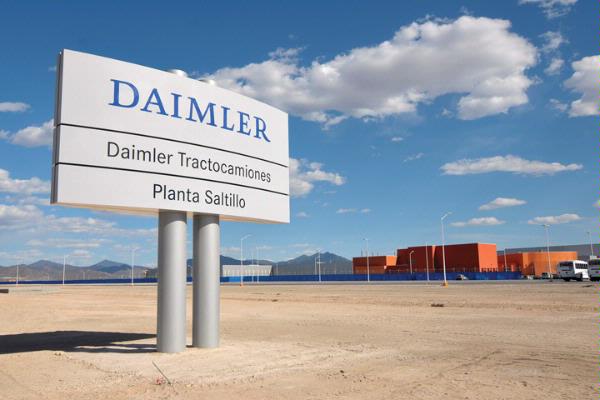 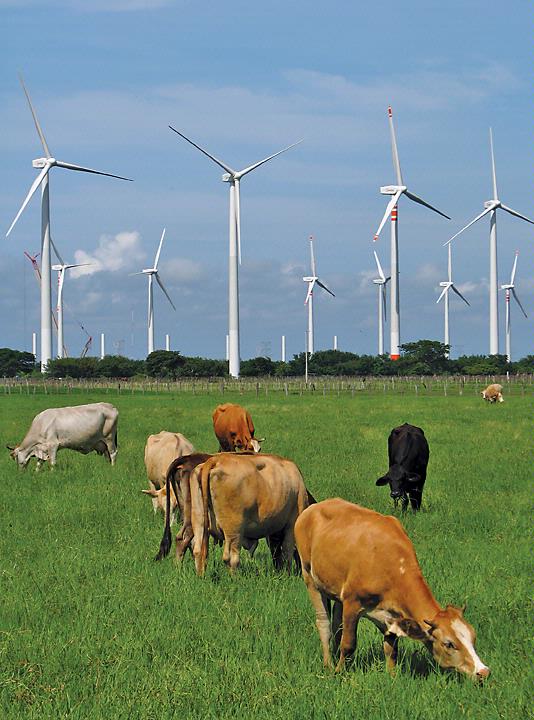