Renewable energy projects have the potential to revive the state. 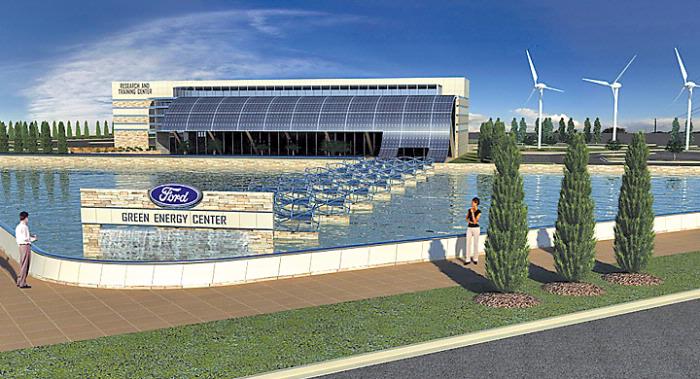 ichigan is incrementally converting pockets of its once vast automotive manufacturing engine into the green economy. Several companies are taking advantage of facilities formerly occupied by firms related to the auto industry and of the deep supply of skilled labor in the state. Buoyed by the possibility of huge loan guarantees from the U.S. DOE via stimulus funds, companies are planning several major initiatives.

The largest project involves an ambitious plan to convert the idled Wixom Ford assembly plant into what may be the country's largest renewable energy business park. The Wixom Plant, located in the financially troubled Detroit metro area, produced Lincoln automobiles for 50 years before closing in 2007. It employed 5,000 at its peak of production in 1973. Now, a partnership between Clairvoyant Energy of Santa Barbara, Calif., and Xtreme Power of Austin, Texas, plans to invest, with the help of the federal and state governments, more than US$1.2 billion to redevelop the huge facility.

Clairvoyant Energy will redevelop a portion of the site to build state-of-the-art, high-efficiency solar panels. Clairvoyant, which has developed solar power park operations in California and Spain, is developing similar solar photovoltaic systems throughout the world. Once completed, Clairvoyant will have the capacity to produce more than 2.5 million solar panels a year at the Wixom site.

Xtreme Power will renovate more than 1 million sq. ft. (92,900 sq. m.)  of the Wixom site to manufacture large-scale power systems that store renewable energy such as solar and wind power and redeliver that power when needed. Once completed, Xtreme Power will produce turnkey power systems, which will support up to 10,000 megawatts of wind and solar power projects around the world.

Clairvoyant has plans to create 1,000 jobs while Xtreme says it will eventually employ 2,500. The partnership will develop the 320-acre (130-hectare) site, co-locating suppliers and other manufacturers on the site. The project could create 10,000 direct and indirect jobs within five years, developers say.

The Michigan Economic Growth Authority (MEGA) approved tax breaks totaling $137.2 million for the planned redevelopment. Clairvoyant CEO David Hardee says he hopes to get loan approval from the DOE during the first quarter of 2010.

"All the signs thus far from the DOE are positive," says Hardee. "We have a solid business plan."

Clairvoyant's manufacturing partner will be Oerlikon Solar, based in Switzerland. Hardee says the market for panels produced at the facility will primarily be in California and Arizona. Clairvoyant, founded about five years ago, is best known for its development of the world's largest rooftop solar photovoltaic project on the roof of the GM plant in Zaragoza, Spain.

Hardee says his contacts with big automakers on previous projects led him to the Wixom deal.

"I do a lot of business with GM and Ford, and they've both asked me if I had any ideas what they could do with these huge properties. I got my thinking cap on and came back with this business model."

Hardee anticipates project construction will take a year, and six months later the first solar panels will come off the line. If all goes according to plan, that will happen during the fourth quarter of 2011.

Rich Pirrotta, COO of Energy Components Group, says his company was founded to go after alternative energy work in both the solar and wind sectors. He says a prototype has been in production for a year and the company plans a major launch in April. Energy Components will supply a large customer in the solar concentrator market, he says.

Energy Components plans to create 250 jobs over the next five years. Indicative of the grim employment picture in the region, 1,150 people came out to the company's first job fair to compete for 25 to 40 jobs, Pirrotta says.

The plant is in an area designated as one of four Renewable Energy Renaissance Zones in Michigan, allowing the company to receive local and state tax advantages. Pirrotta says automotive industry skills are readily transferable to the renewable energy sector.

"From a manufacturing perspective, there is a tremendous amount of knowledge about how to work with different types of metals because of the automotive companies and suppliers in the area," Pirrotta says. "They have very stringent quality procedures and they also know how to scale something up to go to high production. These are good things coming out of the auto industry. Renewable energy companies are coming to Southeast Michigan to learn those techniques. Given the slowdown in the automotive industry, a lot of resources are available."

As Site Selection reported in September 2009, General Electric has opened an advanced manufacturing technology and software center at the Visteon Village Site in Van Buren Township, about 25 miles (40 km.) from Detroit. The R&D facility is housed in a new $100-million, 100,000-sq.-ft. (9,290-sq.-m.) building GE built on the site. The center will house scientists and engineers who will develop next-generation manufacturing technologies for GE's renewable energy, aircraft engine, gas turbine and other high-tech products. Work will include development of composites, machining, inspection, casting and coating technologies for GE's Aviation and Energy businesses. 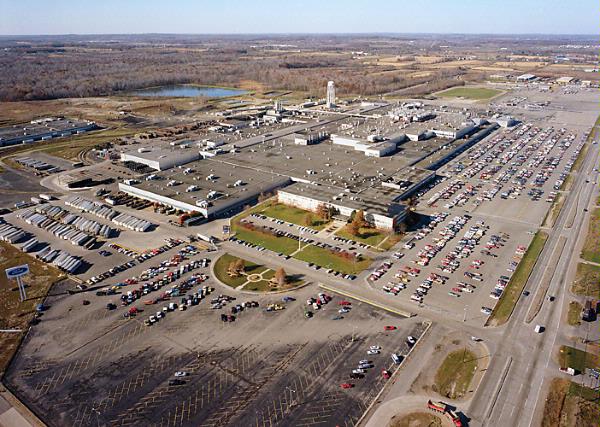 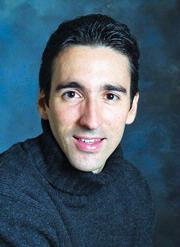