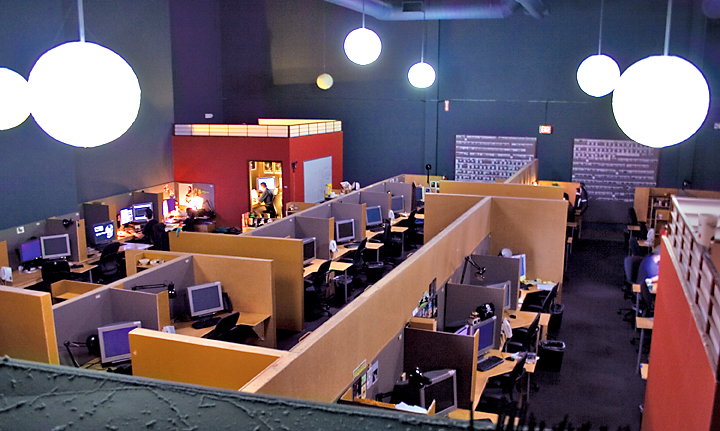 Digital Domain’s existing studio, above, in Venice, Calif., soon will be linked to new sister sites in Vancouver, B.C., and Port St. Lucie, Fla.
“I

That's what viewers of such films as "2012," "The Curious Case of Benjamin Button," "Titanic" and "Transformers" frequently say of the Academy-Award-winning work of Digital Domain, the Venice, Calif.-based visual effects studio that is owned by Florida investment and technology firm Wyndcrest Holdings. Now it's also what economic developers in Vancouver, B.C., and Port St. Lucie, Fla., are saying about two new studio projects from the outfit.

The more certain of the proposals at press time was a new 20,000-sq.-ft. (1,858-sq.-m.), 100-employee feature-film digital production studio for Digital Domain in Vancouver. One leading factor was the province's tax credit program for the industry, including R&D and production incentives. Equally compelling were Vancouver's strong and skilled work force and educational resources in the sector, and its relative proximity to Hollywood.

"The new Vancouver studio will mirror technology and processes at Digital Domain's Venice, California, studio headquarters, enabling the company to seamlessly extend feature film visual effects work across identical production pipelines," said an October release from the company. "This will enable Digital Domain to take on multiple high-end feature film projects while reducing costs and delivering the cutting-edge work that is the company's hallmark. The first project Digital Domain will bring to its new studio will be to take on additional visual effects work for Disney's highly-anticipated "Tron: Legacy," which is already in production at Digital Domain's California studio."

Across the continent, before the Florida region known first as the Treasure Coast and more recently the Research Coast is renamed yet again, some seriously animated negotiating has been taking place.

Wyndcrest DD Florida, the parent company of Digital Domain, is trying to put the final touches on an agreement that would lead to the development of a 150,000-sq.-ft. (13,935-sq.-m.) studio that could employ as many as 500 in the production of digital content for films, games, animation and defense industry applications. Vancouver originally was thought to be a rival for the project, before the company later revealed it would pursue projects in both places.

According to published reports, the studio, referred to as "Project Bumblebee," considered a location in Sarasota and was offered acreage and $12 million in incentives, but chose in mid-summer 2009 to pursue a location with more land within Core Communities' Tradition development in Port St. Lucie, home to the Torrey Pines Institute and other recent biotech business locations. The Florida State University College of Motion Picture, Television and Recording Arts also is a partner in the deal.

Wyndcrest is investing $50 million. Negotiations have focused on a 20-year lease and an incentive package from the city, county and state that includes $51.8 million from the city and $20 million from the state. All of the city financing would be repaid over the term of the lease, except for a $10-million cash payment from two developers that had previously been reserved for a new I-95 interchange.

The deal requires 500 hires at an average salary of $64,233 within four years. Construction would be financed by federal Recovery Zone Facility Bonds worth up to $26 million that have been allocated to the city and county. Rezoning would remove a requirement for a university on the 15.5-acre (6.3-hectare) property, and allow the studio to occupy land that had heretofore been reserved for an outlet mall. The deal involves a $10-million land swap between Core Communities and the city.

According to published reports in The Palm Beach Post, the state's $20-million portion of the incentives package was offered by Gov. Charlie Crist's Office of Tourism, Trade and Economic Development after a legislative move during the 2009 session that removed a requirement for a review of the deal by Enterprise Florida, which along with the state's legislative budget commission are the only bodies that review confidential applications for state incentive funds. A late effort to file another legislative measure requiring an audit of the incentive package appeared to have little chance of succeeding because of limitations on what lawmakers could consider during their special session in December 2009.

Calls and e-mails to officials with Wyndcrest, the film school and the Economic Development Council of St. Lucie County went unreturned in fall 2009, while a spokesperson for Core Communities said the company would not comment until negotiations are final. A Digital Domain spokesman said in early December that nothing further will be stated about the site selections beyond the company's official project announcements in October 2009.

"We have identified a set of promising projects that are ideally suited to the Florida studio and look forward to getting started," said Digital Domain CEO Cliff Plumer in October.

Port St. Lucie city council members approved their portion of the incentives package at a late November meeting during which Wyndcrest owner and CEO John Textor said the studio already had hired 15 people. On December 7, the city council unanimously approved the lease agreement.

However, the lease agreement includes several conditions that still need to be met: First, the city has yet to close on its acquisition of the parcel, and has until March 31, 2010, to do so. Second, the city does not yet have the bond financing for its $20-million commitment toward permanent facilities, nor for the $11.8 million in equipment and work force development costs, to meet its obligations outlined in the lease. Digital Domain's annual rent payment amount to be inserted into the lease agreement will be established only after bond financing is complete. Last but not least, the clause containing construction commencement and completion language notably includes blanks where the dates should be.

Now it's up to the parties to find a way to finish what they started. As the standard lease clause (found in this agreement) puts it, "time is of the essence."


Getting Around: Pay Now or Pay Later 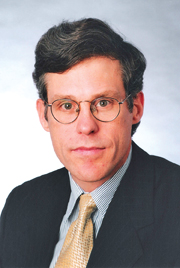 "Public transportation is a very tough issue for many cities, especially in the Sunbelt, that grew dramatically over the last 40 to 50 years, didn't pay much mind to mass transit or cores, and spread out in suburban housing agglomerations. We're seeing driving costs increasing to the point where it's making it less affordable to live on the fringe. We believe over time you'll see a move back in toward urban and urbanizing suburban cores. The real problem is the costs involved in creating mass transit alternatives and NIMBY issues over dislocation: In neighborhoods where you have to put mass transit lines, that affects property values. It's an issue that's going to be more contentious as the years go by. Places that accommodate mass transit ultimately will be much better off than places that don't."