A national expert explains why Southern cities are
reaping a windfall of regional headquarters operations.

he southward migration of regional headquarters operations from Northern U.S. states will continue unless government officials in the Northeast and get serious about cost containment, says a leading site selection consultant who advises companies on such moves.

"More regional headquarters projects are in play right now because of costs," says John Boyd, president of The Boyd Company Inc. in "Comparative costs are the white-hot issue in corporate board rooms."

Boyd recently conducted a comparative analysis of total annual operating costs in 50 cities for a corporate client. The study was based on a search for a 325-worker, regional headquarters office occupying 70,000 sq. ft. (6,503 sq. m.) of newly constructed class A office space.

The study found that was the most expensive location, with total annual operating costs of $30.69 million, followed by , , , , , and

As it did with an earlier bioscience location study by Boyd's organization, , ranked as the least expensive location again, with total yearly costs of $21.14 million. The next least costly markets were , , , , , , and

ranked as the 16th least expensive market out of 50, with annual operating costs of $23.29 million.

"In our regional headquarters site searches, we are prioritizing cost efficiencies and we tend to look for cities that can be described as 'regional centers of influence,'" Boyd says. "Within a well-defined regional or even smaller market, we look for centers of economic activity in terms of such factors as air travel, retail and wholesale trade, centers of academic concentration, regional banking centers, regional centers of excellence in health-care delivery, and centers of softer considerations such as recreation and culture."

The regional headquarters is a "destination site for advancing upwardly mobile employees from other company sites within or outside the region," Boyd says. "As a result, lifestyle considerations of the transferee and his or her dependents need to show well at the regional home-office city. This includes having a sound public school system and an affordable housing market in tune with the needs of lower and middle management and incoming technical personnel."

Air access to key markets and a business-friendly tax structure will always rank high on the list of site criteria for regional headquarters, notes Boyd. "In addition, our clients are increasingly viewing those states that do not impose a personal income tax as a valuable H.R. tool, putting them at a competitive national recruiting advantage."

All of these factors were pivotal in persuading Sony Ericcson to relocate its regional headquarters for North America from Raleigh-Durham to . "That project speaks to growth within a global context," Boyd says. "'s international gateway airport suits their needs so well."

Sony Ericcson announced in November that it is consolidating its North American hub in and its Latin American hub in to create a new Region Americas in . The move, expected to occur in the third quarter of 2010, will create about 120 jobs in the market.

Georgia Gov. Sonny Perdue welcomed the company with open arms. "Sony Ericcson's decision to select as the ideal location for its North American headquarters reinforces our reputation as a global business hub," he said.

The news continued a string of regional and corporate headquarters announcements for the metro area in recent months. NCR Corp. relocated its corporate offices [http://www.siteselection.com/issues/2009/jul/North-American/] from , , to , , in in mid-2009, only months after the Wendy's/Arby's Group selected for its corporate home.

The fast-food company expanded its presence by creating a shared services center in to handle functions such as finance, human resources and information technology. The move adds more than 100 jobs to the market and brought the headquarters employment to about 500, even as Wendy's maintains its own group headquarters in .

Bryan Heller, vice president of TPA Realty Associates in Johns Creek, Ga., represented TPA in the Wendy's/Arby's headquarters deal. TPA is the management firm for AEW Capital Management, the owner of the building that houses the headquarters of the restaurant chain.

"Arby's had been in that building [at 1155 Perimeter Center West] since 2005, and CB Richard Ellis represented the company," Heller says. "They liked that building for many reasons: efficient floorplates, access to MARTA across the street, good signage and access to 400 and I-285. It offered a central location in the market, with a good blend of executive space and other space for back-office administrative work. Plus, it was a new, energy-efficient building. It has received LEED Gold certification."

The company leased 181,000 sq. ft. (16,815 sq. m.) through 2019 to accommodate a work force that could grow as high as 700 employees, notes Heller. "Overall, they really like 's quality of life, its good value, abundance of real estate options, the infrastructure for airports and highways, and the many Fortune 500 companies that are already here."

Bob Bertini, corporate spokesman for Wendy's/Arby's, tells Site Selection that the company selected for its "tremendous access to talented people and the fact that the specific site worked for us. The highways and MARTA in the area of the Perimeter have provided for a lot of business growth in recent years."

Bertini added that " is a state with a very favorable business climate that provides access to a skilled work force and good access to many resources that help a company like ours. Plus, it has a very good quality of life."

Mary Douglass, the Georgia Department of Economic Development official who assisted Wendy's/Arby's, says that when it comes to searches for headquarters sites, "companies are primarily looking for talent. Generally, that is the number one driver for a corporate headquarters -- a diversified and educated pool of labor. scores very well on those factors. And the growing population here in is very attractive. It makes it easy to relocate people to from all over the world."

"Smaller-market cities showing well for regional headquarters operations are those offering operating cost and tax advantages and other attractions, whether in commerce, logistics, finance, academia or lifestyle," says Boyd. "Some cities are positioned well to attract regional office investment from proximate cities deemed too expensive or having more difficult business climates."

Consolidation increasingly is the norm, rather than expansion, he notes. "A combination of factors such as sophisticated telecommunications techniques, improved air and ground transportation linkages to smaller-market cities, national media proliferation and more current cost concerns tied to a recessionary economy are behind the trend of our clients maintaining fewer regional headquarters sites than they did 20 or 30 years ago," he says. "Whereas firms used to maintain upwards of 10 or 15 regional offices, today the number is more like three or four." 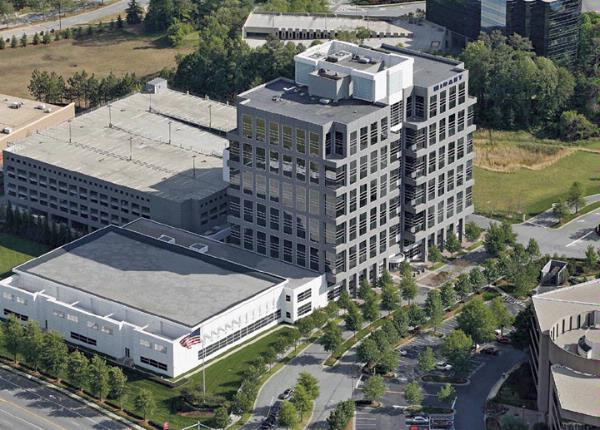 Bryan Heller, vice president of TPA Realty Associates in Johns Creek, Ga., represented TPA in the Wendy’s/Arby’s headquarters deal, which resulted in their signing a long-term lease at Perimeter Center West through 2019. 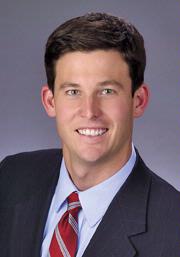