For corporations in search of large sites, it’s a good time for deal making. 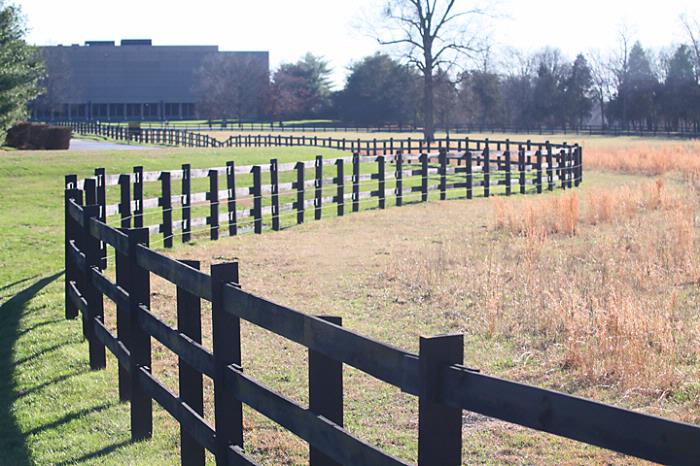 Top-notch fence maintenance illustrates the level of care Philip Morris put into landscaping and facilities at its 2,023-acre (819-hectare) former cigarette manufacturing campus in Concord, N.C., now being marketed for sale in its entirety.
by ADAM BRUNS
F 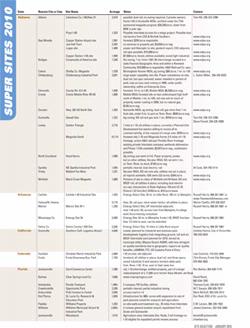 or the sixth straight year, we present in the following pages and at SiteSelection.com vital specs and contact information on dozens of land parcels measuring 1,000 acres (405 hectares) or more that are targeted for industrial development by a single end user, or at least open to that possibility. It's no surprise that more parcels and their owners are open to that possibility than in past years, including a number of sites associated with shuttered industrial operations.

Redevelopment of some of those former industrial sites works best when the buildings are razed. But that's not always necessarily the best course of action. Take, for example, the former Philip Morris cigarette manufacturing campus (below) in Concord, N.C., outside Charlotte.

"There's a lot of value in those buildings, which were built in the early 1980s," says Scott Cullen, vice president, development & asset strategy for Jones Lang LaSalle. "Philip Morris spared no expense on their facilities, which were really well built and extremely well maintained. There may be some required selective demolition, depending on the user's space configuration needs. But you couldn't rebuild it for nearly the price you can buy it for today."

The same might be said of the Qimonda semiconductor fabs (formerly owned by Infineon) now on the market within the larger White Oak Technology Park property in Richmond, Va., which has its own large parcels also available.

Jones Lang LaSalle is also marketing a huge property in Plaquemines Parish, La., that could host a couple large manufacturing/logistics campuses, whose denizens could take advantage of a short-term revenue stream as well, as the clay/soil on site is ideal for sale to adjacent massive levee work being conducted by the federal government.

Communities continue to oscillate between outright master-planned industrial park development and holding onto their infrastructure cards until a deal is nearly done. New parks are springing up in such locations as Topeka, Kan.; Pataskala, Ohio; upstate New York near Batavia; and Columbus, Miss., among other locations. In addition, whether the sites are large or not, more jurisdictions continue to implement site certification programs, including California's first-ever such program, which made its debut in November 2009 and is administered by the state's department of real estate.

Two megasites in Baldwin County, Ala., and Tunica, Miss., are candidates for possible billion-dollar electric hybrid vehicle plants from Chinese companies Hybrid Kinetic Motors and GreenTech Automotive, respectively. But for now, the battle between territories is subservient to the larger battle between those two companies (which are trying to raise funds) and between their leaders, who had a personal falling out after working together at Hybrid Kinetic. Meanwhile, Hybrid Kinetic has announced a massive investment in Shenyang, China.

For those with super sites, however, working together is the ticket, as mutual understandings have the potential to lead to mutual benefit. Such is the case with the 1,400-acre (567-hectare) Kewanee megasite located in East Mississippi, right on the Alabama state line. While 90 percent of the parcel is under option with the East Mississippi Development Corporation, the option of more land on the Alabama side is there. Accordingly, the states are cooperating in the development and promotion of the site, which is currently in the final phase of certification by McCallum Sweeney Consulting as part of Mississippi Power's Project Ready Program.