Three Conway Data employees began their tenure at the
publishing and association management company that year. 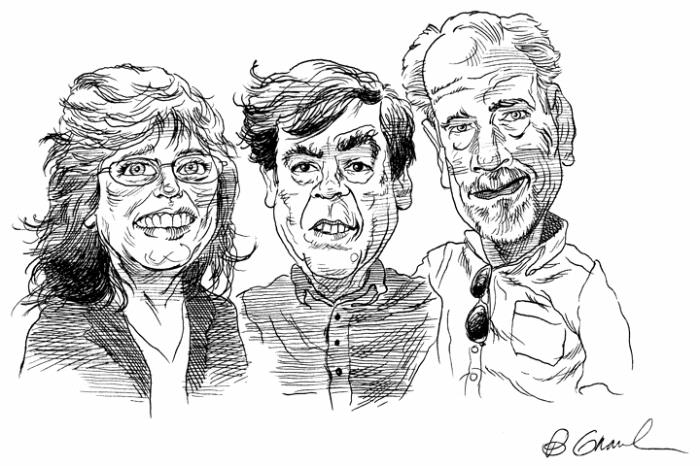 ack interviewed Robert McNamara in Washington; Debbie traveled to Barcelona for a world development conference; and Mike became friends with Dean Whittaker during a business conference.

Twenty-five years can go by in the blink of an eye or it can drag, but for Jack Lyne, Mike O'Connor and Debbie Porter, the last 25 years have been full of interesting projects, trips and friendships. They all arrived at Conway Data Inc., Site Selection's publisher, in 1984, ready for a challenge. Jack, just off a stint at CNN, started life at CDI writing marketing copy. He soon moved to editor-in-chief of Site Selection, where he remained for 17 years before becoming vice president and executive editor of interactive publishing.

Mike was hired to maintain and analyze databases for Site Selection stories. He currently maintains the "backend for all data-driven content and e-commerce on our Web sites" as well as all the databases. His development of a fax-on-demand system — cutting-edge technology at the time — stands out as a favorite accomplishment. That project was nominated as "one of the most innovative products by an Atlanta company."

Debbie is another success story: Starting as a bookkeeper from a temp agency, she is now director of CDI business and finance. Her greatest job-related pleasure is "finding savings and the best deals for the company," she says. Her experience has "taught me a conservative philosophy of financial management," which she's carried into her personal life.

Jack's favorite achievement came from a week in Hong Kong in 1997, the basis of his cover story on the region's reversion to Chinese control — one of his many award-winners. Jack has interviewed many luminaries, including McNamara, re-engineering guru Michael Hammer and Sun Microsystems' CEO Scott McNealy.

Debbie grew up on the Space Coast in Cocoa Beach, Fla.; her parents worked at Cape Canaveral for the space program.

Mike hails from Muskegon, Mich., but claims Lansing as his real home, since he attended middle school, high school and college there.

It is rare these days to find a company that has more than one 25-year employee, much less a small company (24 employees) with three highly skilled ones. Conway Data is indeed proud to be associated with these individuals and to be able to retain their services. We salute you, Debbie, Mike and Jack!