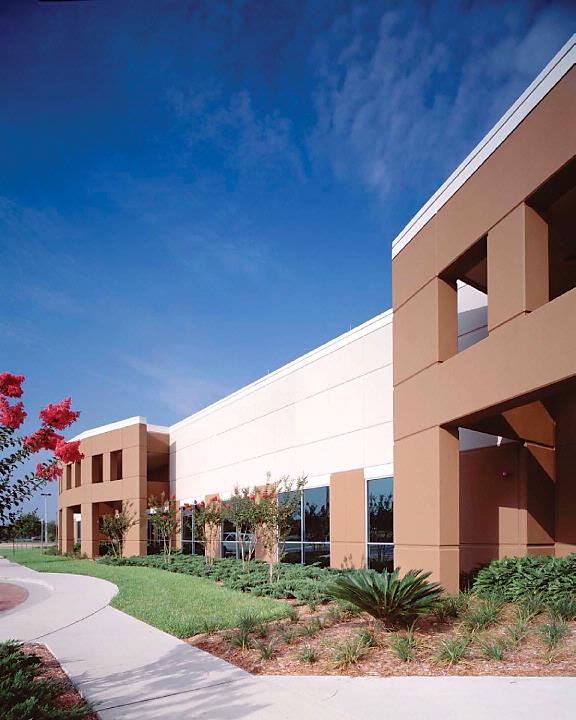 Contact Centers of America opened its first call center in Orlando in 2008 and has big plans for expansion.
J

oe Jacoboni experienced what many Americans have experienced when seeking technical help on the telephone: utter frustration and unresolved problems. Jacoboni, a veteran call center entrepreneur who sold his first company in the late 1990s, was so frustrated he decided to return to the industry, and formed Orlando, Fla.-based Call Centers of in 2007.

"I re-entered the industry because of some very poor experiences I had making calls to and ," Jacoboni says. "One was a technical support call on a wireless route. The others were hospitality calls to airlines. The one that pushed me over the edge and back into the industry was that I couldn't get a solution to synch my wireless router with a modem."

Jacoboni opened the first of what he projects will be several call centers in August 2008 in . The center is housed in a 32,000-sq.-ft. (2,972-sq.-m.) building adjacent to the campus of , one of the largest community colleges in . Close ties with community colleges will be a blueprint future call centers will follow, Jacoboni says. Students will comprise 50 percent of CCA's work force.

"Dr. Sanford Shugart, the president of , has the same philosophy and vision that I have in giving students work experience while they are in school," says Jacoboni. "The objective is to train students for the work force, and he saw this as a win-win for his college. We get highly educated representatives with good communication skills. They are easily trained because they are in school and in the learning mode. It's easy to get them up and running."

Jacoboni plans to open one or two more call centers in 2010 and at least one will be in .

"We believe that will equate to 1,000 seats combined with our current center. Our objective is to become one of the major players in the industry in the next five years."

Jacoboni's ambitious plans call for CCA to grow to 20,000 employees in five years with a mix of employees working in call centers and from home.

Jacoboni's first call center company was Software Support Inc., which he launched in in 1991. It was the first third-party technical support outsourcing firm and served a client list that included Dell, Gateway and Cisco. In 1997, Jacoboni sold his company to a group that eventually became part of Convergys.

"We had a very good run here in . When I decided to get back in the business, the available work force here was the No. 1 reason. is a very unique city. It has more of a Midwestern environment and work ethic."

As CCA expands beyond , Jacoboni says he will go west to , and .

"Labor laws in those states are advantageous and the work force availability is great," Jacoboni says. " and have already presented our program to several community colleges. At the end of 2010, we will start evaluating to determine the best opportunities to get the highest levels of work force cost effectively in those states."

CCA's future call centers will either be on the campuses of community colleges or nearby. Jacoboni says that will be unique in the industry.

"Our industry has utilized college students, and that is not a new phenomenon. The issue I kept hearing from students was that call centers are typically located 15 to 20 miles [24 to 32 km.] from a college. That is expensive for students with gas and tolls. Call center work is a decent job for a college student but it wasn't convenient for them."

Another demographic Jacoboni hopes to utilize is disabled veterans, who he expects to play a vital role in CCA's home representative program.

"Home reps are a fast growing aspect of our business. We are embarking on a home rep program and we will be primarily attracting disabled veterans and retirees. We are working with the Veterans' Administration on that program. Those two work forces are underutilized right now."

Jacoboni says he left the industry in 1997 as the major call center companies were rushing offshore and nearshore to lower their direct labor costs. He believes that trend is reversing somewhat.

"Offshore works in very limited situations, but the interaction with clients and understanding the culture and environment of clients doesn't work at all," Jacoboni says. "The direction of the industry is bringing this back to the In this economy, retention of customers is job one. I know of a lot of companies that we are speaking to that are bringing their call centers back here, but that takes time. Almost 300,000 jobs have been offshored from the , and you can't just turn it off and bring it all back. There are not enough facilities here, and companies have large investments and assets offshore.

Fast-growing Ryla Teleservices is another call center outsourcing specialist with expansion plans. The Kennesaw, Ga.-based company expanded into the Mobile, Ala., area in 2009 and is already looking for potential sites for a third facility. Ryla used Dallas-based Site Selection Group, a consultancy specializing in call centers, to pinpoint a search that started with a list of 20 cities and resulted in the choice of the suburb of Saraland.

"We used a consultant to narrow our list down," Mark Wilson, Ryla's president and CEO, says of the search that led to . "Our company is big on culture and we wanted to find a community with a good work ethic. We put the cities on the list through a test in terms of our criteria, and came up with three or four that stuck out for a number of reasons."

's rich labor market and the incentives offered by state and local governments led Ryla to choose Saraland. Another factor was the availability of a building previously used by Hertz as a call center.

"We rely a lot on aesthetics, and we wanted to find something that would be on par with what we have now in Kennesaw," says Wilson, who co-founded Ryla with his wife Shelly in 2001.

Ryla employs about 700 in Saraland and plans to grow to 1,200 by 2011 at the facility, which also includes a regional headquarters and a data center. says the company will likely choose a location in the Southeast for its third call center.

While some call center business has moved back to the , offshoring remains robust. Michael DeSalles, an analyst of information and communication technologies for Frost & Sullivan, says he has not observed a quantifiable, en masse trend back to the

"Where outsourcing deals have soured offshore/nearshore due to SLAs [service level agreements] not being met or poor customer service results, there's often a propensity for companies to bring call volumes back in-house, not necessarily to another outsourcer with U.S. facilities," he says. "I detect a slight nervousness among the outsourcing providers who have quite a bit of capacity offshore. The concern is that the current Administration may provide incentives to keep call volumes within borders, yet to be seen in a concrete sense."

Availability of a sufficient number of employees with multi-lingual skills often drives location decisions. DeSalles says Frost & Sullivan believes companies looking for English and Spanish support in the will find it at facilities in , , and .

"Outside of the , Mexican destinations are growing more slowly than , , , and the ," he says. "Market providers say that the English skills coming from Central American countries are better than those of . is growing along with ."

continues to attract interest. Startek, a Denver-based BPO provider, plans to open a 400-seat center in the America Free Trade Zone Center in , during the first quarter of 2010. Startek cited 's large bilingual talent pool as a major factor in its site selection.

DeSalles says that in , French Canadian language skills continue to be in high demand, but that most outsourcers have abandoned a presence in due to high wages and lack of labor arbitrage.

In , the trend continues to be eastward, but DeSalles notes that labor arbitrage is important. He says outsourcers lose interest quickly in areas where labor prices rise, and simply close unprofitable centers. He says new multilingual centers are moving to , the , , and .

"Sometimes clients want native language skills, within the 'pan European' solution," he says. "Most agents in are multilingual, but move around the EU based on where the best wage is. It might be the or or ."

In Asia, the continues to be favored over by many companies as a base to serve customers. Wellesley, Mass.-based Stream, a global BPO firm, operates 50 centers around the world. It recently expanded its operations in the , where it now has seven centers and 10,000 employees.Startek also opened a site there in 2009.

Echoing what Startek officials told Site Selection about their own Phillipines project, Karen Falcone, Steam's vice president of global marketing, says English speakers in the have neutral accents and a cultural affinity with the 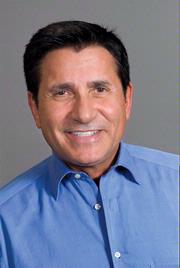 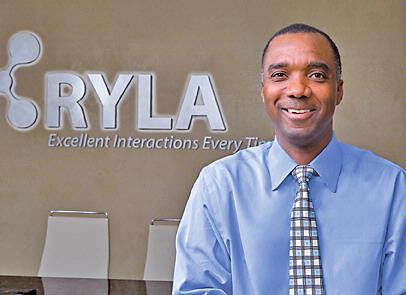 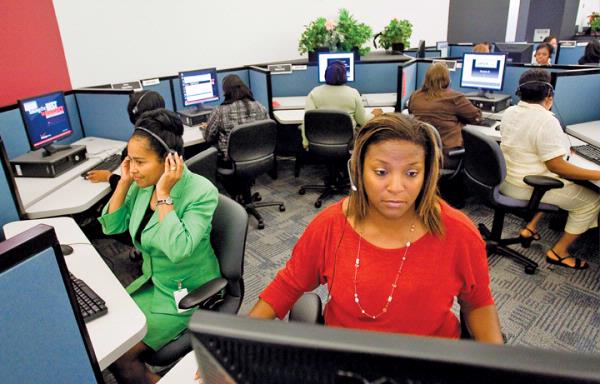 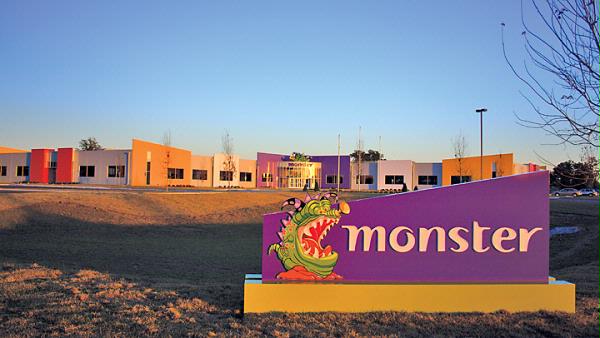