If you are a renewable energy manufacturing company considering growth
in the United States, here are some tips on finding the
best incentives and how to avoid pitfalls. 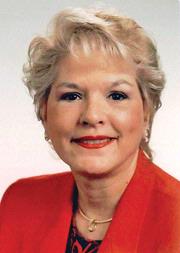 tates and communities offer financial incentives in hopes of recruiting and/or cultivating manufacturing of renewable energy products. The goal is to create jobs and increase investment to enhance the economic base of states and communities. Incentives generally come in the form of grants, low interest loans, tax credits (refundable and non-refundable), tax exemptions and rebates, training funds or programs and reduced utility costs.

Incentives typically come in three basic forms: cash, market based and start-up assistance. Obviously, cash incentives are the most preferred and most beneficial to companies that are in need of capital. However, collectively, a package of incentives involving all three categories can be highly attractive to companies in need of a boost.

Here is what you should know about available incentives:

Grant programs come in many forms. While less common today than in the past, grants are primarily used to purchase land, fund site preparation and infrastructure, and remediate conditions unsuitable to the proposed project.

Tax abatements can be corporate, property or sales, for example.

Low-interest financing is a vehicle offered by states and/or communities and can be as low as 0.1 percent in some instances. In a few cases, the principal and interest on a low-interest loan can be forgiven once the job and/or investment commitments have been made.

Monetized Tax Credit Example: Oregon with its Business Energy Tax Credit (BETC) was the originator of monetized tax credits. Today, 35 percent of eligible costs for renewable energy equipment facilities can be used to offset the Oregon income and corporation taxes. The BETC also provides a pass-through option allowing a project owner to transfer their BETC eligibility to a pass-through partner for a lump-sum cash payment.

Tax Abatement Example: According to Ed McCallum, senior principal, McCallum Sweeney Consulting, "A good example is the LM Glasfiber [now LM Wind Power] project a couple of years ag. Arkansas passed a bill to compete with Texas' exemption of franchise tax that provided the company a corporate income tax abatement. The Arkansas abatement can be for 25 years."

Market-based incentives are used by states to create market demand for renewable energy which is an anomaly in the incentive arena.

The demand is created by states adopting renewable energy products more aggressively as well as states that have aggressive Renewable Portfolio Standards (RPS). RPS is a regulation that requires the increased production of energy from renewable energy sources, such as wind, solar, biomass and geothermal. Feed In Tariffs (FiT) also create demand and are a mechanism designed to help accelerate the move toward grid parity (a point at which renewable electricity is equal to or cheaper than grid power) and to encourage the adoption of renewable energy sources.

Business start-up assistance is beneficial to companies by offsetting their initial costs through work force training and reduced or improved permit compliance.

Work-force Training Example: The big wind states — Iowa, Minnesota, Kansas, Oklahoma and Texas — are all aggressive in helping companies in their start-up efforts. Programs that fund trainers, education supplies and subsidies for workers while in training are relatively common. These programs have been taken to a higher level in states and communities eager to attract investment from renewable energy companies. In Iowa, for example, training programs have been enhanced for companies that are aligned with Iowa's renewable energy targets. Enhanced programs include community college and university level specific training programs for renewable energy with an emphasis on wind.

Business Start-up Example: According to Don Schjeldahl, Vice President, Renewable Energy Strategies, The Austin Company, "Indiana is an excellent business start-up example. In an effort build up the electric car business they created a consortium of government, research and private sector to promote the development of batteries for electric vehicles. Another example is Michigan and its Advanced Battery Credits program, which was established to advance the development and manufacturing of advanced batteries along with the commercialization of advanced battery technologies."

The most aggressive states in the wind business are Oklahoma and Texas, with Arkansas, Kansas and Iowa getting stronger. The most aggressive in the solar business are Oregon, Arizona, New Mexico, Michigan and New York. Outside the U.S., Canada has also been very aggressive in its renewable energy efforts to enable Canada to meet its target of 90 percent non-emitting electricity by 2020. With its Green Energy Act, Canada will continue being a leader in renewable energy.

Incentives for the most part are beneficial to companies. However, one must think twice about incentives that cannot be recouped, don't really improve your bottom line or have other hidden downsides:

Clawbacks can also involve a penalty in addition to a repayment.

Prevailing wage requirements tied to some incentives can increase the construction cost by as much as 40 percent. Prevailing wage is the hourly wage, usual benefits and overtime, paid in the largest city in each county and commonly reflects union-scale wages.

There are many local, utility and federal incentives available not only to the manufacture of renewable energy products, but also production of renewable energy or energy efficiency. You can find most of them in the Database of State Incentives for Renewables and Efficiency (DSIRE), a DOE-funded effort which was one of the tools used to produce the Site Selection Sustainability Rankings in this issue (www.dsireusa.org).

Usually, businesses taking advantage of these tax incentives must demonstrate significant investment and job creation (quantity and quality) in order to receive the full tax incentive. In addition to their statutory incentives, there are states that also provide discretionary incentives, some quite substantial. Some programs have posted limits, but those limits have been exceeded for certain projects.

Incentives play a role in location making decisions but there also must be a solid, well thought out location decision to support the project over a number of years.

Margaret P. Grissom is a principal at Peake Consulting, found on the Web at www.peakeconsultingllc.com.