West Is the Best 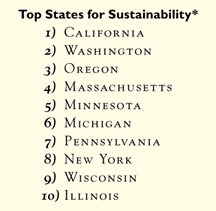 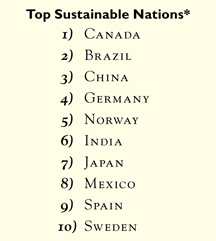 *Nations Criteria: Green Industry projects as tracked by the Conway Data New Plant Database from Jan. 2008-March 2010; Number of LEED Certified projects as of May 10, 2010; Per capita renewable energy generation by nation, 2008 (EIA). Rankings, data and calculations by Karen Medernach and Mike O’Connor

ontrary to longstanding perception, not all businesses want to leave California — especially if they have something to do with environmentally friendly technologies.

It comes as no surprise that the Golden State gets the gold, followed by silver for Washington and bronze for Oregon, in Site Selection's inaugural Sustainability Rankings, based on eight criteria (see below) that include such factors as LEED-certified buildings, EPA brownfield funding and leveraged funding since 1995, renewable energy generation, green incentives and new private-sector facility projects in "greentech" fields such as solar and wind power and electric vehicles, as tracked by the Conway Data New Plant Database.

Internationally, Canada tops our rankings, followed by Brazil, China, Germany and Norway. The top finish for Canada is reflected well by the recently released 2010 Mercer Quality of Life Index, which found five Canadian cities among the top 30 in the world, led by Vancouver (No. 4).

In the U.S. metro category, the San Francisco area outdistances Portland, Ore.; Denver, Colo.; and Chicago to take the laurels as the most sustainable metro area. They're followed by L.A., Pittsburgh and New York, in that order, and then by a group that includes smaller metros such as Grand Rapids, Mich.; Austin, Texas; and Boulder, Colo.

Many of the same cities led Cushman & Wakefield's first Green Building Opportunity Index published earlier this year, which looked at the 25 largest U.S. central business districts, and which also featured the Bay Area on top, followed by Midtown New York, L.A. and Chicago.

"More and more corporate users are incorporating sustainability considerations," says Theddi Wright Chappell, managing director of Cushman & Wakefield of Washington Valuation Services, Capital Markets Group, and National Practice Leader of the firm's National Green Building and Sustainability Valuation and Advisory Practice. "They're reporting their carbon footprints, but it really varies a lot. I see just as many who are confused about how they would begin to approach something like that. It's going to be mandated if people don't make the decisions. To me the prudent thing is to try and get out in front of it."

She says assembling an index is challenging work as different types of data are either hard to assemble or just becoming available. The next step, she says, is to track green retrofits and upgrades. Her wish may be coming true in one place: Deutsche Bank Americas Foundation is bankrolling a new database tracking hundreds of such projects in New York City, called the Deutsche Bank/Living Cities Building Energy Efficiency Data Report.

California Gets It All Together

Joel Ayala, the director of the newly formed Governor's Office of Economic Development in California, says his team is seeing quite a few electric-vehicle and alternative fuel companies coming into the state, and estimates that some 60 percent of new leads are within the clean and green business sectors, with a significant number of inquiries from out of state and from other countries.

"They are appreciative of the consumer market as well as research talent," he says. "They set up headquarters around our universities, and set up models around innovation. And they are looking to do more manufacturing here."

Queries in general are coming from such nations as Japan, France, Germany and China, with a particular concentration on water technologies from Australian firms.

"Yes, we're definitely seeing a lot of interest in that," says Ayala, noting that international corporations are looking just as hard at his state's well-established venture capital scene as they are at its research capacity. "They all tie together." One leading figure tying those together is Vinod Khosla, the co-founder of Sun Microsystems and partner at Kleiner Perkins Caufield & Byers who announced in September 2009 that his new firm, Khosla Ventures, had raised two new funds of more than $1 billion to help clean-tech start-ups grow and prosper.

Rentech is moving forward with its Rialto Renewable Energy Center, 50 miles (81 km. )east of Los Angeles. The unique facility will use green urban waste as feedstock, and is expected to be the first commercial biomass gasification facility in the United States that will co-produce renewable electric power and synthetic diesel fuel. The Rialto Project will produce about 35 megawatts of base-load renewable electricity and 640 barrels-per-day of renewable, ultra-clean synthetic fuels from urban woody green waste, such as yard and tree trimmings. The life-cycle carbon footprint of the fuels and power is expected to be near zero.

In Silicon Valley on Earth Day in April, local firm SunPower Corp. partnered with Singapore firm Flextronics to announce it would begin manufacturing solar panels in Milpitas, Calif., by the end of 2010, thanks in part to a three-year agreement with the U.S. Dept. of Energy that could mean up to $24 million in federal funding. The announcement came 25 years to the week after SunPower was founded in Silicon Valley in 1985, and comes as the company is ramping up a separate solar panel joint venture in Malaysia.

"We commend Governor Schwarzenegger and our state and federal leaders for creating the long-term stability and visibility we need in the solar market to open this facility," said SunPower CEO Tom Werner. "The Governor's leadership on the California Solar Initiative, the Renewable Portfolio Standard, incentives for green manufacturing equipment and AB 32 provide us with the confidence to further invest in our home state." 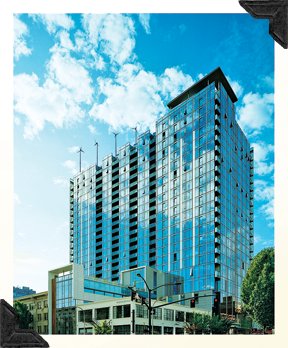 Twelve|West in Portland, Ore., a mixed-use building designed by Zimmer Gunsul Frasca Architects, is expected to earn a LEED-NC Platinum certification, as well as a LEED-CI certification for its office floors. The building will realize energy savings of 45 percent over a comparably sized building constructed to baseline code requirements. It was recognized in April by the American Institute of Architects (AIA) and its Committee on the Environment among its Top Ten Green Projects of 2010. Photo courtesy of Zimmer Gunsul Frasca. 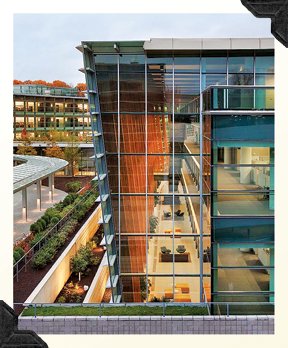 SAP Americas' expanded campus in Newtown Square, Pa., is LEED-Platinum certified. Designed by FXFOWLE, it aims to reduce energy use by 49 percent over the average office building. FXFOWLE's strategies included geothermal wells and an ice storage plant for cooling.

The office areas use an under-floor air distribution system that achieves significant energy savings while giving full control of the environment at each workstation and office. Lighting systems are controlled by daylight sensors, which both dim the lighting and raise or lower window shades based on levels of daylight. The floor-to-ceiling glass exterior wall is triple glazed to provide high thermal insulation value while reducing ultraviolet penetration. 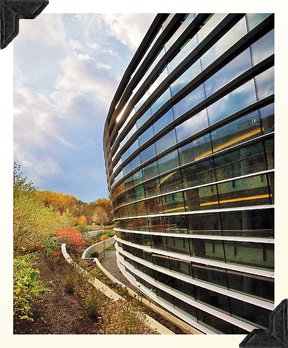 SAP's environmental goals extend throughout its global facility portfolio. Highlights include a global service center in São Leopoldo, Brazil, being built according to LEED-Gold standards (the first of its kind in Brazil); solar panels and energy-saving equipment at its German headquarters; a lab campus in India pursuing LEED certification; and "Eco-Office" certification in Singapore. Photos courtesy of FXFOWLE. 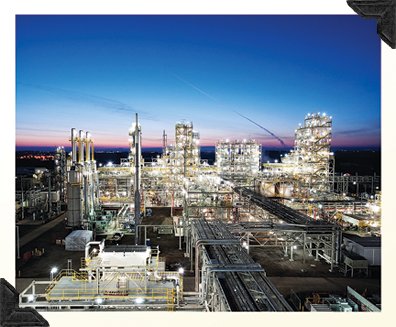 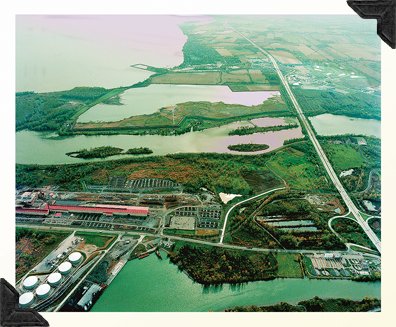 Ventower Industries broke ground this spring for a 115,000-sq.-ft. (10,684-sq.-m.) plant on 38 acres (15.4 hectares) at the Port of Monroe, Mich., part way between Detroit and Toledo, for production of steel wind turbine towers. The reclaimed industrial landfill site is well located for transport of the large structures by Interstate (I-75, seen to the right in the photo), rail and barge via Lake Erie and the Great Lakes-St. Lawrence Seaway System.

Ventower was approved in September 2009 for $5.8 million in state brownfield tax credits and $2.6 million in federal energy manufacturing tax credits through the American Recovery and Reinvestment Act (ARRA). The plant is scheduled to begin production in March 2011 and will employ up to 150 workers when fully operational. Photo courtesy of the Port of Monroe. 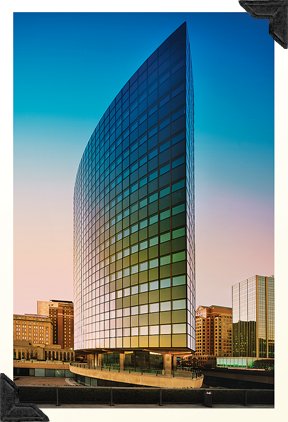 Life insurance and annuities firm The Phoenix Companies in May announced that its landmark One American Row building, located in Hartford, Conn., had been awarded Silver-level LEED certification for existing buildings (LEED-EB). It is the first office building to receive LEED-EB Silver certification in the city and only the second office building to receive certification in the state. In addition, One American Row, an icon of modernism locally dubbed the "boat building," becomes the first office building in New England, and one of the few in the United States, that is both on the National Register of Historic Places and LEED-EB certified. Photo courtesy of The Phoenix Companies. 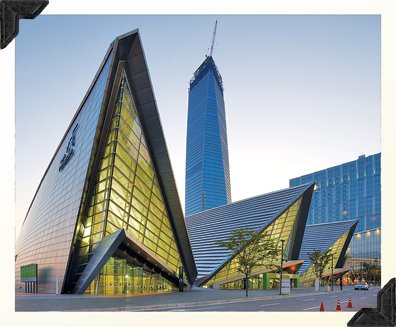 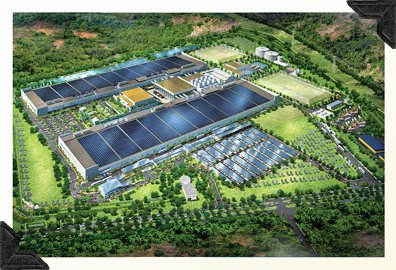 Silicon Valley-based SunPower Corp. announced in late May its agreement to form a JV with Taiwan-based AU Optronics Corp. that will own and operate SunPower's 1.4-gigawatt third solar cell fabrication facility (Fab 3, pictured), a $1.2-billion complex under construction in Malaysia. "We expect this JV will reduce our effective Fab 3 capital expense per watt by more than 35 percent while capitalizing on AUO's world-class manufacturing expertise to reduce solar cell manufacturing costs," said Tom Werner, SunPower's CEO. Sunpower hopes to reduce cost per watt to US$0.55 by 2014. Helping the project happen is a major loan from the Malaysian government. Rendering courtesy of SunPower Corp.

ADVANCED MANUFACTURING: Made in California (Jul 12, 2019)

BIOTECH: The Largest Life Sciences Cluster In the World (Jul 12, 2019)