From protecting motorists to safeguarding the country,
Oklahoma is winning battles in both economic development
and military conflict. 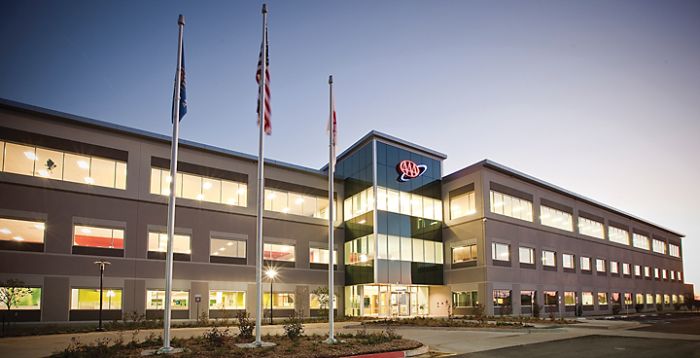 nowledge capital and a pro-business climate drove AAA to Oklahoma City. Now, the giant auto club is expanding its reach from a city growing as quickly as its top employers.

Completed in September 2009, the organization's 147,000-sq.-ft. (13,656-sq.-m.) campus addition created about 800 new jobs for people in the greater Oklahoma City area. It also confirmed what AAA thought about the region.

"We felt Oklahoma City provided the most favorable business solution for us," says Helen Vu, real estate strategy and services executive for AAA in Walnut Creek, Calif. "We were looking for a locale with a surplus labor pool — markets where there is more skilled labor than demand."

Oklahoma City beat out a number of competing locations due to several factors. "We sought a welcoming community with a skilled work force and vital economy," says Vu. "We found all that and more in Oklahoma City." She identified the most important site selection criteria for the project as "a low-cost business environment, a good quality of life, and a deep, skilled employment pool."

Other critical factors included transportation availability, including access to public transportation and proximity to an airport; overall cost of living, including housing; crime rate; diversity; and an area's overall business climate.

Vu also credits state and local officials with making the deal possible. "We were very pleased with the support and collaboration we received from government and economic development officials," she notes. "The Greater Oklahoma City Chamber created a single point of contact for AAA so the company didn't have to deal with multiple people within the city and state."

From a $20-million molybdenum oxide manufacturing facility in Atoka to an expansion of QuikTrip corporate headquarters in Tulsa, Oklahoma is booming with hiring projects that are rapidly bringing economic diversification to the Sooner State.

In several instances, the advent of new technology is driving the creation of new facility space. Examples of this trend are a $150-million recycling plant by Waste Not Technologies in Okmulgee, a $150-million petroleum plant expansion by Holly Refining in Tulsa, and a $125-million clinical research R&D expansion by the Oklahoma Medical Research Foundation in Oklahoma City.

From Making Cars to Fixing Planes

Nowhere is this surge of capital investment taking hold stronger than in Oklahoma City, where both the public and private sectors are committing huge amounts of dollars to new facility space and retrofitting conversion projects.

Uncle Sam is at the wheel of a major project at Tinker Air Force Base in Oklahoma City. The U.S. Air Force is shepherding a $54-million conversion of the former GM plant into an aircraft maintenance and repair facility for the KC-135 tanker, B-1 and B-52 bombers, and the E-3 aircraft, as well as almost every engine in the Air Force inventory.

The work is being done under the watchful eye of Brigadier General Bruce Litchfield, Commander of the 76th Maintenance Wing, comprising more than 7,500 workers, including both military personnel and civilians.

The wing is involved in a five-year plan to move numerous organizations and work to the Tinker Aerospace Complex. The moves will enable the Oklahoma City Air Logistics Center to consolidate operations, which will improve efficiency and enable the center to take on more work in the future.

The project is both complex and massive in scope, involving the retrofitting of some 2.4 million sq. ft. (222,960 sq. m.) of usable space to accommodate 2,000 employees, most of whom are civilians.

"This project was a combination of the community leaders and Tinker Air Force Base officials coming together to visualize an opportunity," says Brig. Gen. Litchfield. "Under the community's leadership, we [the Air Force] acquired the former GM plant. If you had walked into it shortly over a year ago, you would have seen a plant that was still making SUVs. Today, it exists to maintain and repair military aircraft and engines."

As the single largest employer in the state, Tinker wields considerable clout. But in this instance, says Litchfield, the goal was to give the community a crown jewel of a facility that would ensure decades of gainful employment — and high productivity levels — for thousands of workers.

"We have about 700 workers there now. We are about a third of the way through the project, which will be completed by 2013. We have been really creative," he adds. "In fact, we set up initial operations there while we prepare for the next operation. It is a rolling process and a continuing evolution."

The goal is to increase Tinker's workload from its current 48 KC-135 tankers a year to 64 annually. "We have hired over 1,000 new employees over the past year, and we will hire an additional 500 people next year, mostly civilians, for a total of 1,500 new hires over two years," the general says. "This project has a big impact on the readiness of the U.S. Air Force. A weapons system that leaves here today could very well be in combat tomorrow. If we can save a life or turn the tide of an operation or win a battle, we are doing everything we can to make that happen."

Litchfield says no one will appreciate the space improvements more than the workers. "People have been doing the work in makeshift facilities for 20 to 30 years," he says. "Now they are getting a blank sheet of paper to set up the production line to be the most productive and the most efficient. It is really motivating and exciting to everyone."

Not all of the large expansions are happening in the big city, however. Just down the road in Durant, a bevy of construction projects is reshaping the economic landscape of both the town and surrounding county.

Tommy Kramer, executive director of the Durant Industrial Authority, says that more than half a billion dollars in new construction is being completed in and around Durant. Topping the projects chart is the new $400-million resort casino and hotel built by the Choctaw Nation of Oklahoma. The Native American tribe just built a 12-story, five-star hotel that includes six restaurants and employs more than 6,500 people. About 1,000 new workers are being hired to staff the new casino hotel.

"We have finally woken up in economic development," Kramer says of Bryan County, which has a population of around 40,000. "Last year, we set an all-time historical record with record-setting city sales tax collections in 12 consecutive months. It is wonderful to have a city growing like this."

That growth is bringing with it a new demand for services. Among the construction projects ongoing in Durant are a $2-million terminal at the local airport and a $6.5-million runway extension; new $41-million high school; new $9-million city library; $5 million invested in two new fire stations; and $60 million for a four-lane highway bypass around the south side of Durant.

Kramer says people are moving to Durant from the West Coast, the Midwest and the Southwest. The city is growing so rapidly that it was recently named the fastest growing community in the state.

The Associated Press gave Durant another honor recently when it named the city the 20th least economically stressed community in the U.S., based on a variety of economic factors. "That means that we are in the top 20 counties out of all 3,141 counties in the nation," notes Kramer.

"What this says is that we just work hard at it." 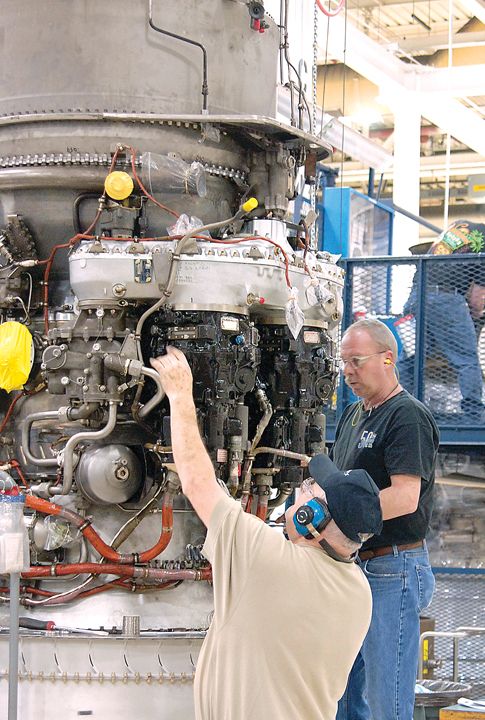