An exodus of companies fleeing high-cost locations for the clear,
pro-business climate of the Rockies is driven by entrepreneurs
seeking access to highly skilled workers.

Biketronics Inc. relocated from Southern California to Moscow, Idaho, in March 2007. This summer, the firm is moving into a new facility that is more than double the size of its old plant.
Photo courtesy of Biketronics Inc.
by RON STARNER
I 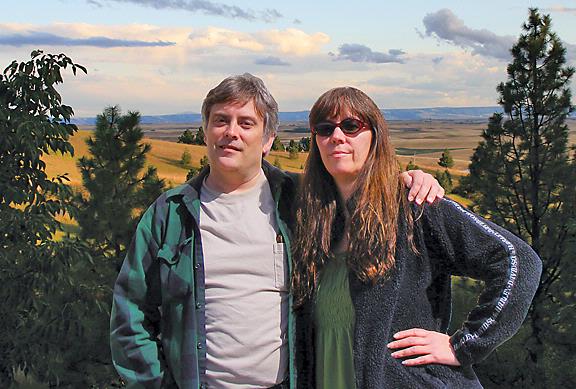 f Mike Meehan has his way, the Mountain West will become the preferred destination for small to medium-sized manufacturers seeking a home from which they can propel the spirit of invention across the country.

As president, founder and owner of Biketronics Inc. in Moscow, Idaho, Meehan has seen firsthand what a Rocky Mountain location can do for an enterprising business. Tired of high costs and a highly regulated business environment in Southern California, Meehan packed up and moved his firm to northwestern Idaho in March 2007.

The company, a high-tech fabrication firm that specializes in making a full range of electronic components for Harley-Davidson motorcycles, hasn't been the same since.

"Locating our company to Idaho helped for sure," he says. "We were looking to get out of California and we were looking at all of the Western states. We looked at New Mexico, Oregon and Idaho in particular. I had spent my college days here at the University of Idaho at their electrical engineering school and then spent the next 18 years working for Hewlett-Packard."

He remembers one conversation that sealed the deal. "When we first got here, I remember getting a quote from my insurance agent on liability insurance. I said, 'Are you sure you are not missing a zero?' The rates were different by a factor of ten between California and Idaho."

He has not been disappointed since, noting that company sales have doubled every year but one and the work force has grown to 25. "We were growing so fast that we had to move three times within our first three years here," Meehan says. "We will move again now into a bigger facility and also create what I call the Fab Lab — a place where we will encourage entrepreneurs to create their own businesses and hire people. With two universities located around here, it is a cool little climate. There are a lot of professional people walking around and a lot of smart kids going to school."

Combining a pro-growth political climate with talented people and a low cost of doing business is what sold Meehan on the Idaho location. Now he hopes to convince others to make the same move he did.

"Great nations were founded on manufacturing — making things," he says. "The countries that forget and lose sight of that end badly. I want to bring manufacturing back to this country, and I want this place to be ground zero. Manufacturing companies provide jobs where people can have dignity and make it possible for our government not to spend so much money on unemployment insurance. I don't think we can get back to full employment by absorbing all of our unemployed people into the service sector."

Building a Business And an Incubator

Biketronics plans to relocate from its 3,500-sq.-ft. (325-sq.-m.) shop into an 8,000-sq.-ft. (743-sq.-m.) building this summer. The new facility will include an open equipment area for Meehan's vision — the Fab Lab that will serve as an incubator for start-up businesses.

"We have a great relationship with the university engineering department," he adds. "We have projects that we are working on continuously. The work force is very well prepared here in this college town. We have had no problem getting very qualified people to help us out. The tax structure and the costs are significantly better here than in California."

Meehan explains the Fab Lab as "really a concept for enabling people in the community to come in and realize their dreams. In my mind, the idea is to create this place where people with common goals can meet. It is like a health club, only you take the exercise machines out and replace them with machines that make stuff."

Meehan adds, "I just want to make it easy for people who have ideas to get going. I started my own company in a garage."

Meehan is not alone in pursuing this passion. Throughout the Mountain West, entrepreneurs and other small business people are finding a safe haven for their ideas, as well as their profits, in places like Idaho, Colorado, Montana, Utah and Wyoming.

In Colorado, U.S. Metals LLC liked Denver so much that it recently acquired a 9,000-sq.-ft. (836-sq.-m.) building that will serve as the company's new headquarters. Located on Colorado Boulevard in the industrial district just east of downtown, the one-story facility will include office and industrial space for metal fabrication.

The company, which makes metal siding and roofing for both commercial and residential structures, is increasing its space by 30 percent, says Claude Billings, the CresaPartners principal who represented the tenant in the deal.

"The City of Denver was extremely helpful in the whole process," says Billings. "The industrial real estate market here is much better off than office and retail right now. Business is slowly picking up. Vacancy rates on the industrial side are decreasing. It is currently around 10 percent."

Billings says the market is very attractive for small to medium-sized manufacturers. "For larger requirements above 100,000 square feet [9,290 sq. m.], there is not a lot of available space. Only four or five buildings in this market could accommodate that. If you want 25,000 square feet [2,323 sq. m.] or less, there are a lot of alternatives available for you."

Billings adds that he is "very positive on the Denver economy. Denver continues to be a good population center and has a very good quality of life. We are backfilling our vacancies with good companies, and we are growing."

In Montana, a new natural gas-fired electric-generation plant represents one of the largest economic development projects in the state in decades. NorthWestern Energy's $201.8-million power plant is slated for completion in Anaconda by the end of this year. Three 50-megawatt turbines are being constructed as part of the first phase, with an additional 50-megawatt turbine planned for sometime later.

The project, located in western Montana near Butte, will double the tax base of Deer Lodge County and provide needed revenues to fund schools and infrastructure.

"We are so excited," Anaconda-Deer Lodge County Chief Executive Becky Guay told the Montana Standard. "This is the most significant industrial and economic development project that has happened in Anaconda since the close of the smelter way back in 1980."

About 125 jobs are being generated during the construction phase of the project, which will employ 10 workers upon operation.

From Oracle to Alces Technology

In Utah, significant expansions are coming from Oracle, Goldman Sachs, Electronic Arts and Northrop Grumman. Oracle is building a 180,000-sq.-ft. (16,722-sq.-m.) data center in West Jordan at a cost of $285 million.

Goldman Sachs is relocating its regional office from the University of Utah's Research Park to the new 222 Main building in Salt Lake City. About 720 employees are being moved as part of the expansion, which is expected to be completed in early 2011.

Electronic Arts, a leading U.S.-based producer of digital video games, is expanding its Utah studio and moving into a larger office in downtown Salt Lake City. The company announced recently that it had begun hiring for the new operation.

"We are pleased to be expanding our facilities in Salt Lake City to better accommodate our customers' needs," said Paul Russell, vice president of engineering and manufacturing for the Western Region of Northrop Grumman's Electronic Systems sector. "After years of steady growth, we are investing in our manufacturing facility to ensure continued success and show our pride in our Salt Lake City heritage."

In Wyoming, new investments in facility expansion projects are coming from Gluten Free Oats in Powell; Cody Labs in Cheyenne; Eleutian Technology in Cody; and Alces Technology in Jackson.

Mark Willis, CEO of the Wyoming Business Council, tells Site Selection that 2010 has been an extremely active year for economic development in his state, as manufacturing and R&D companies alike seek new opportunities in the Mountain West.

If Meehan of Biketronics is right, Willis may be seeing the beginning of a trend.