In the borderzone, companies look to reconcile risk and reward.

El Paso International Airport recently invested $60 million in its air cargo infrastructure, part of an expansion program that has steadily unfolded over the past decade, and which includes the new 150-acre (61-hectare) Global Reach Science and Technology Park.
by ADAM BRUNS
D 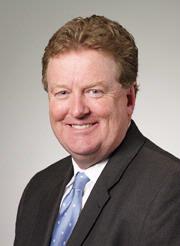 rug violence has escalated, U.S. National Guard troops are being deployed and bi-national political tensions are rising. But even against that backdrop, the dangerous city of Juarez — 2,600 murders in 2009; 5,200 in the past 28 months; and over 1,000 so far in 2010 — led Mexico in commercial real estate absorption in 2009.

Juarez continues to see hiring by large U.S. firms at its maquiladoras, and continues to issue new operating permits for new facilities. Another positive sign for that region and other borderzone city pairs came in February, when the federal Bureau of Transportation Statistics reported the value of cross-border trade at US$23.2-billion, up 28 percent from February 2009.

"In the first quarter of 2010, we were seeing a 26-percent jump in truck volume versus last year," says Bob Cook, president of El Paso Regional Economic Development Corp., in a region whose ports of entry account for about 15 percent of the $300 billion in annual trade between the two countries. Cook is in the midst of a national media blitz to counter possible misperceptions about the region with "an interesting strategy called 'honesty,' " he says.

"Juarez is this city of competing realities," says Cook. "One reality is the cartel-related violence. At the same time, Juarez continues to be one of the leading industrial cities in Mexico. Going back to the beginning of 2009, it has outperformed every other city but Mexico City. It's very difficult, without someone coming here firsthand, to describe how those two realities co-exist, but they are."

Fresh from briefing a medical device firm on these exact issues, Cook says it's important to point out what the violence affects and what it does not. "What the data clearly show is the legitimate industrial community is not a target for this violence," Cook says.

Foxconn's new 7,000-worker complex rising near Juarez is one example of that community, which comprises some 1,100 manufacturing operations. Cook says, "We're talking to multiple suppliers to Foxconn about moving operations into the region to support that massive and growing manufacturing complex. The activity is so recent that we don't have deals we can talk about." Other electronics and aerospace activity is also on the rise.

Among the deals that are unfolding in El Paso/Juarez are projects from Keytronic, MCS Industries and Wistron on the Mexican side and CEVA Logistics, Global Alternative Fuels and dairy processor Sarah Farms on the Texas side in 2009.

In early June, ProLogis noted three major second quarter leases signed at its properties in the borderzone, including an expansion by a paper products company in Reynosa, and locations in Juarez from foam manufacturer and fabricator Fagerdala-Singapore Pte, Ltd. and metal stamping and forming company PK-Tool and Manufacturing.

Sometimes the projects are not a complete win-win, as with the recent closure of a Siemens plant in El Paso and consolidation by the company in Juarez.

"It's a global operation, and was a good project to put together because their supply chain was optimized with the addition of the FTZ," he says. "It allowed them to cut some of the logistics costs, some due to freight, and some due to customs brokerage. It helped them streamline paperwork and freight costs, and therefore the company is saving hundreds of thousands of dollars."

Foreign Trade Zone No. 68 in El Paso boasts 3,400 acres (1,376 hectares) throughout the community. Quinonez says much of the activity the FTZ sees is usually in the automotive industry, though he's working two projects right now in the textile sector, each of which would employ more than 100 people if they come to fruition.

"Most textile goods are now manufactured overseas — say 90 percent of everything you wear is offshore," he says. "The only things we have left here are distribution centers, which are cost centers [for the companies]. How do we keep them operating? They look at the Foreign Trade Zones as a logistical solution to reduce those operational costs."

Quinonez says the zone may soon pursue an "alternative site framework" that would allow grantees to start up a company in a much shorter time than the currently typical one year. Meantime, he says his zone is seeing a slight activity increase driven by goods going south.

"We figure if there's an increase in goods coming out of the zone into Mexico, then obviously on the finish side when they're coming out of Mexico, that's a very good sign," he says. "And the gradual increase shows signs we are recovering as an economy."

An expansion with a different but volcanic impact is the $5-billion expansion of Fort Bliss, which the U.S. Army says will increase the main post population in El Paso by 300 percent by 2012. That's now in economic development terms, and activity reflects the urgency. After all, it means 24,000 more soldiers and an expected 66,000 more of their family members.

Some spinoff from that growth may occur at the airport's new 150-acre (61-hectare) Global Reach Science and Technology Park. In addition to $10 million worth of infrastructure investment there, about a mile away the airport has invested $60 million in an air cargo complex featuring two 144,000-sq.-ft. (13,378-sq.-m.) buildings.

"Most inquiries are defense-related, because of its relation to Fort Bliss," says Art Dahlberg, economic program analyst for the airport, about the new park. "There has definitely been an increase in passenger traffic, and we have had inquiries about leasing land, hangar space and cargo space that are related to the increase at Fort Bliss."

Adding to production capacity of nearly 2,000 towers annually from plants in China and Vietnam, Korean firm CS Wind Corp. in early June broke ground on a $60-million wind tower plant at the Los Palmares Industrial Park in Matamoros, Mexico, that will employ 400 at the outset, with the potential to ramp up to 700 within three years.

One of the company's major customers is Vestas. All production at the facility (projected to be 300 towers a year initially) will be exported through Brownsville and the Port of Brownsville, via truck, rail and barge vessel to the U.S. market. According to a release from the Brownsville Economic Development Corp., four major cities in Northern Mexico were considered.

"Ultimately, the company chose the Brownsville-Matamoros international metroplex for the logistics advantages of the Port of Brownsville and the availability of the labor skill set utilized in the wind turbine manufacturing industry," said the BEDC. "We believe this is the first major step in a direction where 10 years from now, Brownsville will be synonymous with renewable energy production and manufacturing," said Jason Hilts, BEDC president & CEO.

In an April 2010 Webinar on the outlook for Mexican commercial real estate, Lyman Daniels, president, CB Richard Ellis Mexico, said that despite the "perfect storm" of the influenza epidemic, violence on the border and the recession, the market in Mexico was relatively unscathed.

"This time," he said, "the implosion is foreign to Mexico. There is no irresponsible financing, and a very stable macroeconomic environment."

With unemployment at 11.6 percent this spring, Hidalgo County in Texas was less stable than it would have liked, and the cartel violence was inching closer with several incidents in the industrial capital of Monterrey, some 130 miles (209 km.) to the south. But projects continue to come to Hidalgo County, its major metro of McAllen and the Mexican-side city of Reynosa.

In contrast to the county unemployment rate, McAllen's unemployment rate was 7.7 percent in April, and has dropped steadily in 2010, according to a Texas Workforce Commission report released in May. The KPMG "Competitive Alternatives" report that analyzes business costs for 95 cities in 10 countries worldwide ranked McAllen No. 3 overall for its U.S. Midwest/Western Canada region, with a business costs index score of 94.8 against a standard U.S. index of 100. The study only looked at two cities in Mexico, neither on the border. But even a developed city like Monterrey boasted an index score of merely 81.5.

A 2009 report from the Federal Reserve Bank of Dallas, "The Maquiladora's Changing Geography," analyzed newly available data from the Instituto Nacional de Estadística y Geografía (INEGI), Mexico's statistical agency. It found that the 17 principal maquiladora cities made up 78.4 percent of maquila hours worked in 1990 but only 66.4 percent by 2000 and 67.9 percent in 2006 (the most recent year studied). 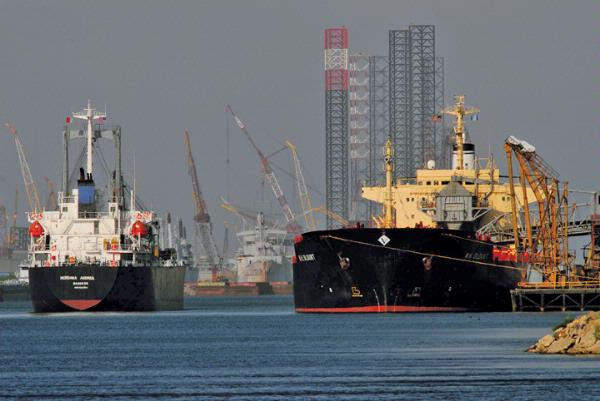 The Port of Brownsville will play a crucial logistics role for the new wind turbine tower manufacturing facility from CS Wind that is now rising across the border in Matamoros.

fter waiting for years for the U.S. to comply with NAFTA regulations concerning an open border for ground transportation of goods across the border, then watching the Federal Motor Carrier Safety Administration's cross-border demonstration project involving 100 Mexican trucking firms go up in flames by dint of new U.S. legislation in March 2009, Mexico quickly implemented tariffs that same month on 89 products from the U.S.- — tariffs valued at $2.4 billion.

Yet the Mexican trucking firms still are not permitted to roll on U.S. territory outside of 25-mile (40-km.) commercial zones along the border, and must stop and transload cargos to U.S.-domiciled transport. While their allegedly lax safety standards have been cited in the past, especially by U.S. transportation unions, the more oft-cited reason for the impasse of late is the unions themselves, and efforts to placate them.

A comprehensive analysis of the issue was posted online in June by the Council on Hemispheric Affairs (www.coha.org). "A 2009 Congressional Research Service report declared that 'the safety of Mexican trucks … is now comparable with U.S. trucks,' thereby derailing the highway safety argument," says the COHA report. "The U.S. Department of Transportation Inspector General's 2009 report on the program also found that Mexican trucks were just as safe as U.S. vehicles; in fact, Mexican truck drivers actually had better safety records than their U.S. counterparts."

In May, as elected officials in such states as Washington cited plant closings and a suffering agriculture sector resulting from the tariffs, U.S. Dept. of Transportation Secretary Ray LaHood told them he hoped to work out a solution soon.

Meanwhile, notes the report, the transfer of goods from one nation's trucks to the other's is not so fleet, but plenty costly: "The cost associated with transferring cargo to U.S. trucks will be an estimated $739 million a year," said the COHA report, "a price born primarily by U.S. consumers."