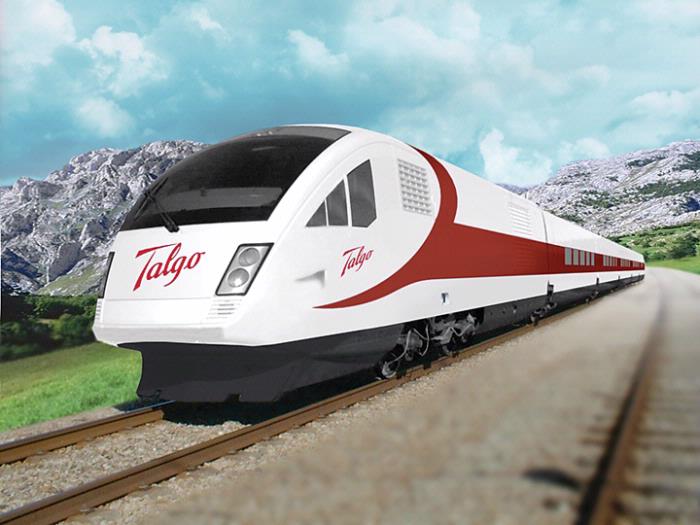 Talgo will begin operations this year in this building owned by the City of Milwaukee, building trains similar to the one pictured here.
Photo courtesy of Talgo

Could recent rail and energy projects from Spain set the stage for a cluster of Iberian investors?

isconsin's plans for high-speed rail and its proximity to U.S. wind corridors have lured two Spain-based firms to Milwaukee. Train-builder Talgo and wind equipment component specialist Ingeteam are the cornerstones of what local officials hope will become a Spanish cluster.

Madrid-based Talgo, which has been building trains since the 1940s, will place its U.S. high-speed passenger rail manufacturing facility at the former Tower Automotive site, with plans to hire 125. The City of Milwaukee purchased the site and is redeveloping it as a business park called Century City. Talgo will lease the former Tower building from the city and begin train set assembly after the building is refurbished. The city expects to complete renovation in July.

"We did an extensive search for places available in Wisconsin and also considered sites in Janesville, Racine and Appleton," says Antonio Perez, Talgo's president and CEO. "The facility we found is very large and very long and will accommodate our trains. We researched the work force that is available in Milwaukee and the unemployment rate in the region. For the positions we need, there are a good number of skilled people available."

Perez says logistics was another essential requirement, and the Century City site is close to the Port of Milwaukee and the railway.

"It's also close to the train station, and we can eventually do maintenance of the equipment," Perez says.

Talgo will occupy the building between July and September.

"There will be a ramp-up period for production. For the first train, it will take a year and a half, and then we will deliver one train every four to six months," Perez says, adding that he expects business to grow far beyond the orders for Wisconsin and Oregon.

The Milwaukee facility is Talgo's first manufacturing site in the U.S. Perez says the company held discussions with several states, promoting its trains.

"We said that the first state to place an order for our trains would have the advantage of getting our manufacturing facility. Wisconsin was quick to act on this. They took the opportunity to place an order soon enough."

Wisconsin is receiving US$810 million in federal stimulus funds to develop a high-speed rail line between Milwaukee and Madison.

Initial service on the route will provide speeds up to 79 mph (127 km. per hour), according to the Wisconsin DOT. Once all of the track and signal upgrades are completed to allow high-speed trains to safely operate, speeds will reach up to 110 mph. Construction of the Milwaukee-Madison line is scheduled to begin by the end of 2010, and should be completed by January 2013.

Ingeteam, based in Bilbao in the Basque region of Spain, may not be the best-known company in the renewable energy sector, but it certainly is one of the most prolific. The company makes engineered components for both the wind and solar industries. Ingeteam currently holds between 12 and 15 percent of the global market share for wind power components and expects to expand its global market share by opening its new plant, which will start production next January. Slated for completion in December, the 120,000-sq.-ft. (11,148-sq.-m.) production facility and office complex will employ 275. The facility will be on an eight-acre (three-hectare) site in the city-developed Menomonee Valley Industrial Center.

Aitor Sotes, CEO of Ingeteam's U.S. operation, Ingeteam Inc., says Milwaukee was selected for its skilled labor pool that is experienced in building electronic components, the availability of a good supply chain for its products and for an attractive manufacturing site. Sotes says Ingeteam perused more than 85 sites in eight states before deciding on Milwaukee. The facility will have two production lines: one for generators for wind turbines ranging from 1.5 MW to 5 MW and the other for manufacturing converters for wind turbines and inverters for the solar industry.

"We make a wide range of products for the solar industry," Sotes says. "We can make products from 5KW to 500KW, meaning that we can serve residential, commercial and utility-grade clients."

Ingeteam has a past relationship with Talgo, but the two companies did not coordinate their site selection efforts.

"We worked with Talgo in the past on projects in Europe, but we didn't discuss our site selection process," Sotes says. "It just happened that we picked Milwaukee at pretty much the same time. It wasn't something that we planned."

Sotes says the location of two Spain-based firms in Milwaukee offers opportunities for cooperation on logistics as both companies will be bringing in supplies from Spain, and both will be using the Port of Milwaukee.

"From a more strategic point of view, we have worked with Talgo in the past for different projects. As demand increases, we will be able to cooperate with them in the growth of supply of components for high-speed trains in the U.S. market. It helps us from the expat point of view as well, as we will both have expats working in Milwaukee."

Ingeteam already has a management office in nearby Mequon, which provides operations and maintenance services for U.S. wind farms. The company also has a sales office in Santa Clara, Calif., that supplies the market with solar photovoltaic inverters.

Rocky Marcoux, commissioner of the Milwaukee Dept. of City Development says the recent influx of manufacturing projects builds on Milwaukee's traditional base. He says Talgo and Ingeteam are the foundation of what can become a Spanish cluster.

"Our feeling is that both companies will be real anchors for us in attracting other companies, in particular from Spain," Marcoux says. "Both are acknowledged leaders in their fields, both in Spain and the EU."

The luring of the two Spanish firms comes after visits to Spain by state and city officials in 2009. Marcoux says he believes other Spanish companies will follow, and the city is currently talking with two about locating facilities in Milwaukee.

"We have the second highest number of manufacturing jobs per capita [behind San Jose, Calif.] in the U.S.," Marcoux says. "We have OEMs and a substantial amount of companies on the supply-chain side of things. Ingeteam came here because we have an available work force that understands manufacturing. We have a lot of companies that make electric motors, so it's a natural fit. Ingeteam had the opportunity to look at many sites. One of the things that sets us apart is our manufacturing pedigree." 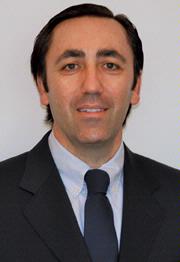