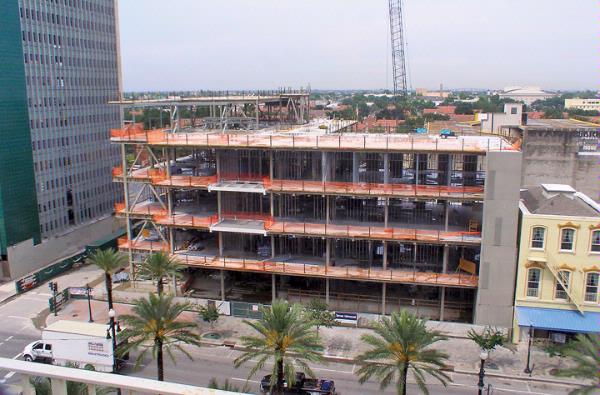 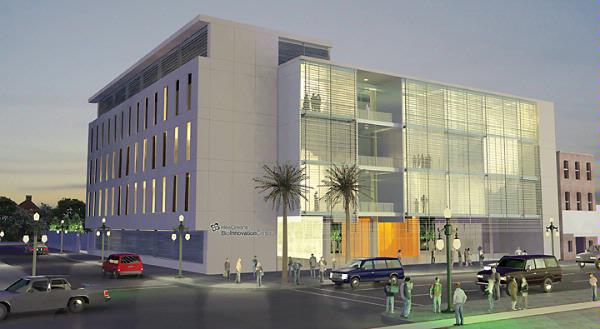 lenty of Louisianans, especially in the economic development community, long for the days, not so long ago, when the headlines about Louisiana were about major new projects coming to the state.

Recent Louisiana news has more to do with the Gulf oil spill, and there is no doubt that the disaster will have a profound economic impact on the coastal parishes. When Plaquemines Parish President Billy Nungesser was in the news in late 2009, when this reporter participated in site selectors' tour of greater New Orleans, it had to do with his campaign to address flood-protection needs on an 18-mile (29-km.) section of the East Bank of the Mississippi River with non-federal levees prior to the onset of the 2010 hurricane season. Nowadays, Nungesser is almost a household name, pleading the region's case on the national level for a more effective federal response to the oil spill.

But no less profound is the economic transformation that has been under way in Louisiana since Gov. Bobby Jindal and his team assumed power in Baton Rouge in January 2008.

Consider this measure: In May 2003, Site Selection magazine launched its annual ranking of the most competitive states, using a 10-part index of economic development measures, most of which are based on the publication's New Plant database tally of new and expanding projects from the previous year. Year after year, not once did Louisiana appear in the top 10 competitive states — until this year, when it ranked second in the U.S. behind Virginia for competitive success in 2009.

"From cutting business taxes to strengthening ethics laws to reforming workforce development programs, we have been aggressively positioning Louisiana's economy to outperform the South and the U.S. on a regular basis," said Gov. Bobby Jindal as the May 2010 issue was published. "Without question, we have made incredible progress in increasing Louisiana's economic competitiveness, and we're going to stay focused and keep working hard so that we can position our state to consistently show up among the top states in economic development rankings, and more importantly, create even more good jobs for our people."

Several hundred new jobs have been announced so far this year, with at least 200 slated for facilities at ports. Point Bio Energy LLC, for example, announced plans in April to locate a new manufacturing facility at the Port of Greater Baton Rouge. The facility will produce wood pellets for fuel generation, creating up to 100 new direct jobs and 273 new indirect jobs, with a capital investment of more than $100 million.

Construction was to begin this summer, with product deliveries scheduled for the fourth quarter of 2011. Point Bio estimates the plant will produce 450,000 metric tons of wood pellets per year, meeting demand on the part of industrial customers to reduce greenhouse gas emissions.

Atlantic Metrocast announced in April plans to develop a new, pre-stressed concrete production facility at the Port of New Orleans that will create at least 100 new direct jobs at an average annual salary of about $32,000 and a capital investment of up to $5 million. Louisiana Economic Development estimates the project will generate $5.4 million in new state tax revenue and $3.6 million in new local tax revenue over the next 10 years. "Our hope is to be in New Orleans for the long term and participate in all of the exciting growth that this great city is experiencing," said CEO Bill Crossman at the announcement. "As a company, we are excited to return to the city of our roots and be able to provide employment in an area that is going through its own renaissance."

That renaissance — literally "rebirth" — is about the New Orleans region's rebound from the hurricane damage of 2005 — a process that is well under way. It's also about new political leadership — Mitch Landrieu was elected New Orleans mayor on February 6 — and a new resolve on the part of state and regional business recruiters to put Louisiana squarely on the radars of capital investors in such key sectors as life sciences and alternative energy. Logistics, advanced manufacturing, and digital media are among the state's other target industries.

The state operates a network of research and commercialization facilities around the state, all of which are growing thanks to increases in research funding and closer collaboration on the part of higher education institutions. On June 10, the College of Pharmacy at Xavier University of Louisiana was ranked among the top 20 colleges of pharmacy in the U.S. for NIH research funding. The college is one of several medical educational institutions that comprise the Greater New Orleans Biosciences Economic Development District, which, among other things, identifies and cultivates members' areas of expertise. A case in point is the biomedical engineering in nanoparticles program at Xavier's Center for Nanomedicine and Drug Delivery.

In late April, a topping-off ceremony was held at the construction site for the New Orleans BioInnovation Center on Canal Street in New Orleans. Built to LEED Gold standards – the first such project in the city — the four-story facility will open in early 2011. A temporary incubator facility currently serves the needs of startups working with the New Orleans BioInnovation Center, which serves the research arms of Xavier, Tulane University, LSU Health Sciences and the University of New Orleans.

"We go into their filing cabinets, help them understand their technologies, look at applications of those technologies and look for ways to help commercialize research," says Aaron Miscenich, president of the New Orleans BioInnovation Center. The new center, says Miscenich, is about more than affordable lab space. "The number one need in a wet lab business incubator is office space, not wet lab space," he maintains. "In incubators, one of the most important components is interaction between the tenants — folks sharing experiences and concepts. So this center is designed for people to come across one another as frequently as possible." The center will offer office/lab units, but only about half the center is being built out. "We'll get tenants that have customized needs, so half the third floor and most of the fourth will be available for that. We can even put a clean room on the fourth floor if need be."

But not all life sciences activity in Shreveport takes place at InterTech. Hyderabad, India-based Dr. Reddy's Laboratories, maker of Silver Sulfadiazine Cream and prescription ibuprofen, announced a $16.5-million expansion of its 300,000-sq.-ft. (27,870-sq.-m.) Shreveport facility in December 2009. The project will add 73 jobs to the payroll averaging $37,000 per year.

Amit Patel, Dr. Reddy's senior vice president and head of North American generics, cited these factors in the decision to remain in Shreveport: "The strategic fit of the products and capabilities of the site with our corporate growth objectives, the work ethic of the people of North Louisiana and the incentives put forth at both the state and local levels, among other considerations."

Baton Rouge has two research centers — the 60,000-sq.-ft. (5,600-sq.-m.) Louisiana Emerging Technology Center on the Louisiana State University campus and the Pennington Biomedical Research Center (PBRC). The latter is a 403,000-sq.-ft. (37,400-sq.-m.) complex with eight basic research labs, 19 core service labs, inpatient and outpatient clinics and other research support features. Hundreds of faculty members, physicians, scientists and support personnel work in the center on research in such areas as genomics and molecular genetics, neurobiology, nutrient sensing and signaling and several other areas.

In April, Gov. Jindal named Dr. Steven B. Heymsfield, global director of Scientific Affairs and Obesity at Merck & Co. Inc., the new executive director of PBRC. He also announced a state challenge grant of up to $10 million to fund a new knowledge-based job-creation initiative to be led by PBRC and implemented in partnership with the LSU Health Sciences Centers in New Orleans and Shreveport to cultivate clinical trials and research related to obesity and diabetes.

To receive the full $10-million state challenge grant, PBRC is required to secure grants from federal agencies and corporations sufficient to create at least 250 permanent, new positions based initially in New Orleans, primarily at LSU Health Sciences Center, and later across the state, including Shreveport's LSU Health Sciences Center. These positions will be for scientific and technical staff performing research and clinical trials in obesity and diabetes. PBRC also must raise an additional $10 million in matching funds from philanthropic contributions.

The 250 new positions will be over and above the hundreds of new positions that will be created at Pennington in Baton Rouge after its current capital improvements program is completed.

"Our one-time challenge grant of $10 million will enable Pennington to attract up to $100 million in new federal and corporate funding over the next 10 years," said Gov. Jindal. "Pennington has long been an economic engine for Baton Rouge; and today's announcement strengthens Pennington's presence in Baton Rouge, while also cultivating new job-creation opportunities for New Orleans and Shreveport." 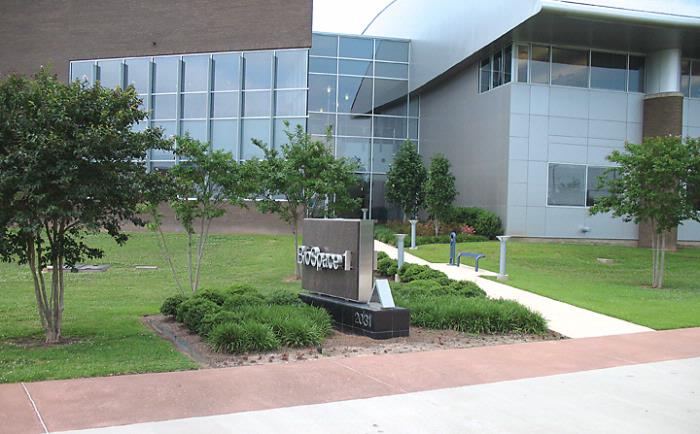 BioSpace1 is an incubator on the InterTech Science Park campus in Shreveport’s medical district.
Photo courtesy of Biomedical Research Foundation of Northwest Louisiana