South Africa prepares to show the world a
good time and an even better business case. 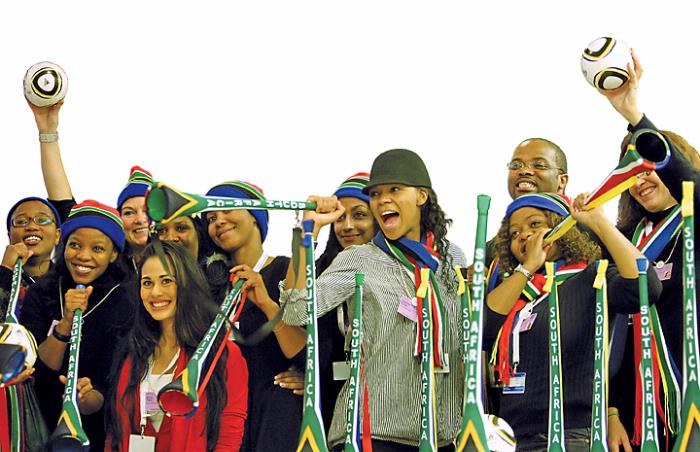 At the World Economic Forum in Davos, Switzerland, in January, World Cup fans celebrate the coming of the 2010 FIFA World Cup to South Africa at a special “kick-off” event. The Forum also featured remarks by Jacob G. Zuma, president of South Africa since his election in April 2009. In his state of the nation speech in June 2009, he said, “Building on the successes of our industrial policy interventions, a scaled up Industrial Policy Action Plan will be developed. The lead sectors already identified are automobile, chemicals, metal fabrication, tourism, clothing and textiles as well as forestry. In addition, attention will also be paid to services, light manufacturing and construction amongst others, in the quest to create decent jobs … The creation of decent work will be at the center of our economic policies and will influence our investment attraction and job-creation initiatives.” Copyright by World Economic Forum
swiss-image.ch/Photos by Remy Steinegger and Michael Wuertenberg
by ADAM BRUNS
F 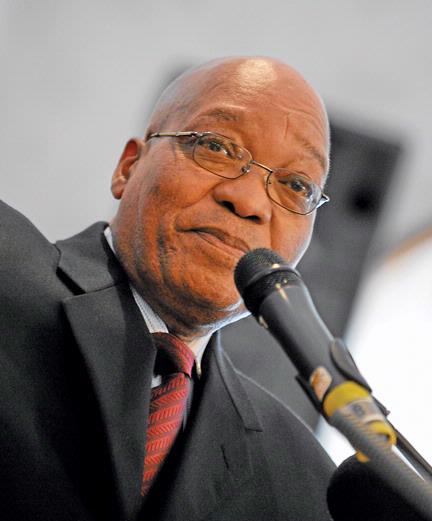 Jacob G. Zuma, president of South Africa since his election in April 2009.
Photo by Remy Steinegger and Michael Wuertenberg

or the nation hosting this year's World Cup for the first time on African soil, it only makes sense that two of its largest corporate facility projects are measured in football fields.

Consumer goods conglomerate Unilever makes this unequivocal statement on its home page: "Our unparalleled footprint in the developing world helps fuel our growth." That footprint takes literal shape in South Africa, where a US$85-million, 915,000-sq.-ft. (85,000-sq.-m.) "motherwarehouse" equivalent to 17 fields is rising in Johannesburg, and a $48-million, 484,000-sq.-ft. (44,964-sq.-m.) warehouse (nine fields) is rising in Pietermaritzburg, KwaZulu-Natal.

Together, they will employ 1,100 people, and help Unilever implement a smarter distribution strategy that combines its 21 brands of food, personal care and household products into one system, following the unification of those divisions in 2007 by Unilever South Africa.

As new CEO Paul Polman told the Unilever annual general meeting in May 2009, the company was launching its Ponds brand in North Africa, the Middle East and South Africa, while also beginning to offer its Sunlight detergent brand at a new price point as part of a 30-day action plan to address under-performing brands via new formulations and improved supply chain. "Now we focus on fewer and bigger innovations and roll them out faster across the world," he said. A Unilever South Africa spokesperson could not make anyone available for an interview, citing the pace of business.

Sunlight was the first Unilever brand sold in South Africa in 1895, when William Hesketh Lever first visited the country. Unilever is the oldest foreign investor in the nation. It opened its first factory in Durban (its current headquarters location in KwaZulu-Natal) in 1911.

In the 2007 report "Measuring Unilever's Economic Footprint in South Africa," Ethan B. Kapstein, Paul Dubrule Professor of Sustainable Development at French business school INSEAD, found that Unilever's direct and indirect network of employees (20,000) and suppliers (3,000) meant it was responsible for 0.8 percent of total employment in South Africa, and nearly 0.9 percent of GDP.

The Pietermaritzburg facility is in Ndlovu Park, near several Unilever manufacturing sites, is being operated by DHL and Barloworld Logistics. Its 84 doors (44 outbound) will help handle half a million pallets of goods a year.

The giant facility on a 41-acre (16.8-hectare) site in Johannesburg's Jozi Park will handle 1 million pallets annually. The Johannesburg facility, just a few miles from another Unilever manufacturing facility and from OR Tambo International Airport, was developed by Griffin Holdings. Griffin originally planned to lease the facility to Unilever. But the global giant wanted an option to own, and Griffin sold it for an undisclosed price.

In devising the new two-warehouse scheme, Unilever also employed the services of LPC International in analyzing logistics and design elements in order to bring in an optimal system at minimal cost.

Unilever's big play in South Africa is not lost on consumer goods rival Procter & Gamble, which in 2009 opened a $20-million disposable diaper plant in Kempton Park that will employ 150. It was among nearly two dozen corporate projects tracked by the Conway Data New Plant Database in the country in 2009. Others included a $294-million expansion by BMW Group South Africa in Rosslyn, a $33-million steel plant in Johannesburg from Cosira Group, a $98-million zinc plant from Metmar in Northwest South Africa and several data centers from Neotel and Vodacom.

Among the largest employment projects is a $12-million investment from Vietnamese firm Navifico in uMshwathi, KwaZulu-Natal, where it says it will create at least 4,000 jobs in the manufacture of furniture and roofing products, including cement roofing sheet products without asbestos.

Construction of all kinds is on the minds of South Africans, some sports-related and some not. In October 2009, the World Cup stadium was completed near Soweto nearly two months early. Is it a harbinger of good things to come for business development as well as football?

ArcelorMittal apparently thinks so: It's investing more than $28 million in a construction materials plant that will produce panels for residential and commercial construction. 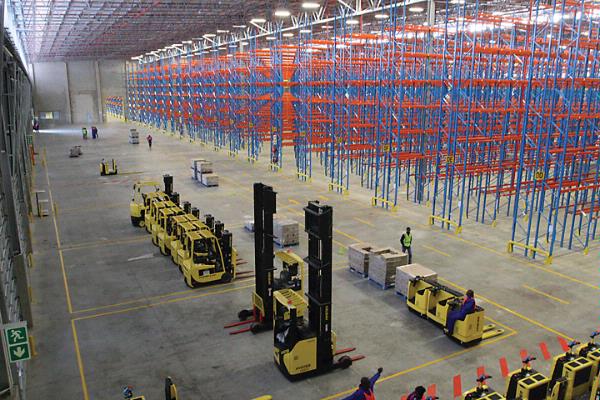 This warehouse in Pietermaritzburg is one of two mega-warehouse projects Unilever has built in South Africa, which together will employ 1,100 people.
Photo courtesy of Unilever 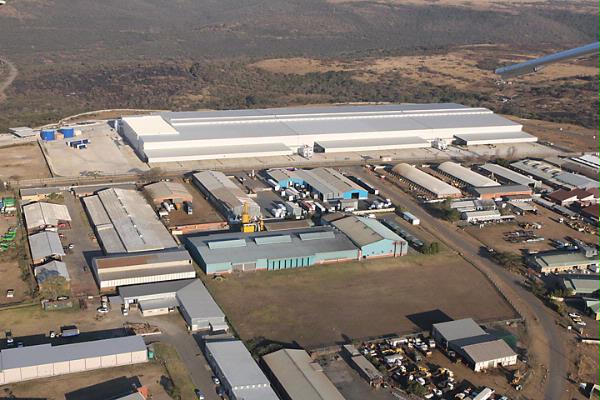