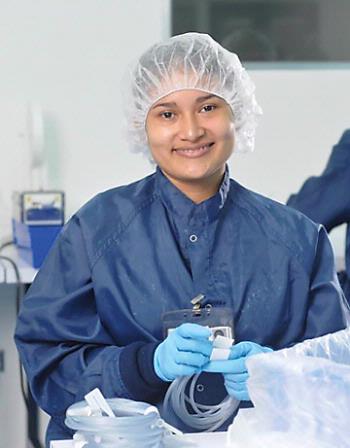 ommand Medical Products, an , manufacturer of disposable medical tubing, needed a new low-cost manufacturing platform to accommodate its growth in business. It found such a place in , and began manufacturing there in 2005. The move proved to be so successful that the company opened a second manufacturing site in an adjacent building in 2009.

"We were looking for something close by with fewer barriers for success," says Stephanie McGee, Command Medical's director of sales and marketing. "We have a high labor content in our products and it had become difficult to be competitive at high volumes with domestic labor rates."

Locations in Central America and the were considered in part because of the company's experience hiring Spanish-speaking workers at its manufacturing base near , McGee says.

"We also looked for a country that could provide adequate labor, and we wanted a good population to pull from as well as an educated work force. Our plant is in , which has more than one million people. It's right in the middle of the city in the Las Mercedes Zona Franca [free trade zone]. We can travel from the airport to our facility in five minutes."

In a region subject to rolling power blackouts, a stable supply of electricity was a major concern. McGee says Command Medical found an adequate power supply in the FTZ. A site that offered tight manufacturing controls and ease of transportation was essential, she says.

"We wanted a location where we could get in and out easily in the event we needed to send management and functional teams to support new products and product transitions," McGee says. "Our headquarters is an hour away from , and we can leave in the morning and be in the plant in by noon."

It also helped that Benjamin Slick, the son of Command Medical President and CEO David Slick, has operated a plant in specializing in cabinetry and molded kitchen countertops and sinks for about 10 years. "Over that period, he was able to see his son's business grow and prosper in that environment," McGee says of the company founder.

Command Medical's first facility in is a 10,000-sq.-ft. (930-sq.-m.) building. McGee says the small facility allowed the company to test its business model to make sure the distribution logistics worked. That success allowed the company to move forward with the second building, a 30,000-sq.-ft. (2,800-sq.-m.), US$3-million facility. Command Medical is now looking at a third building in the FTZ for future expansion.

The facilities primarily serve surgical and respiratory markets in . Some products are shipped to and some to the The company currently employs about 35 people in one shift and expects to eventually employ about 200.

"We were pleasantly surprised at how the work force was in general and how easy it is to retain talent," McGee says. "The aptitude and work ethic of our employees is very positive.

" is almost like the best kept secret," she says. "It's a wonderful and fertile place to launch a manufacturing site because of CAFTA [United States-Dominican Republic-Central America Free Trade Agreement] and free trade zones. could be the next ."

Boston Scientific Corp. accounted for much of the sector's growth in 2009 with the opening of its second plant. The new $65-million facility is located in the PROPARK Industrial Park in Coyol Alajuela. At the end of 2007, the company had 1,200 employees in and announced intentions to double its operations. With the new plant, employment grew to more than 1,700 in 2009. The company currently manufactures biopsy forceps and snares used to remove intestinal polyps.

St. Jude Medical also launched construction of a new manufacturing operation in 2009, also in the Coyol Free Zone in Alajuela. The company is investing more than $40 million in the new 215,400-sq.-ft. (20,000-sq.-m.) plant, which is scheduled to open by mid-2010. The company expects to eventually employ 500. 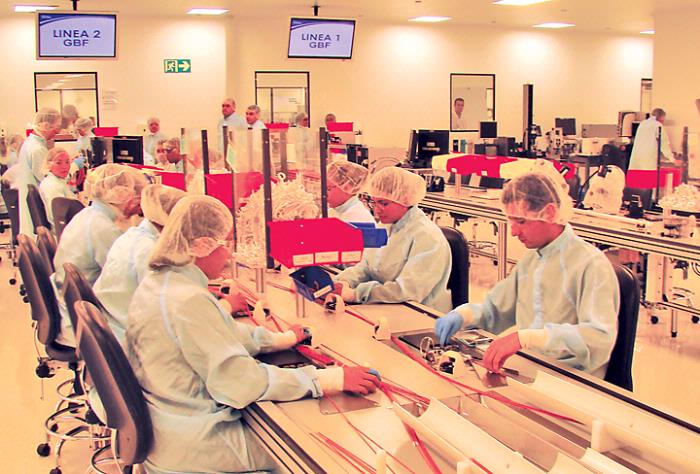