Florida bids farewell to one program and prepares to embark on a new one. 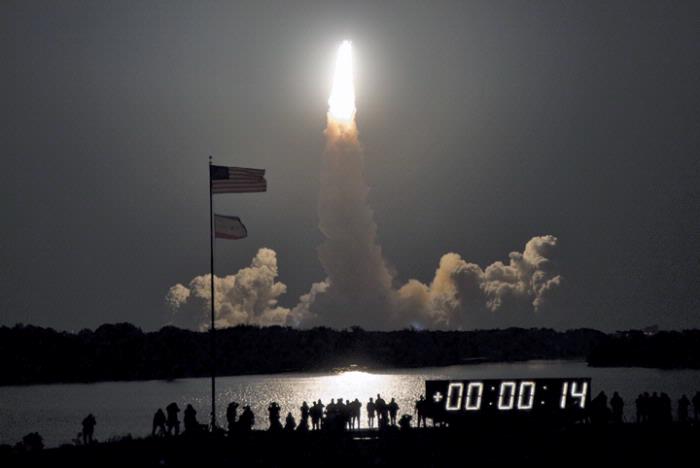 Space Shuttle Endeavour blasts off in the pre-dawn hours of Feb. 8.
by JOHN W. McCURRY
T

he countdown of the phaseout of the 29-year old Space Shuttle program is in its final stages. When the program ends later this year, it will be the end of an era and will subsequently result in the loss of an estimated 7,000 space-related jobs in Florida. Four more shuttle flights are scheduled. The last is currently planned for Sept. 16, 2010, when Discovery will go up on the program's 134th flight.

The simmering economic development question is how these jobs will be replaced. Industry observers agree that most new jobs will be created as the nation's commercial space program ramps up over the next couple of decades and the space effort moves from reusable vehicles to disposable rockets. The gears shifted considerably with the release of the Obama Administration's plans for the space program. The new NASA budget, unveiled on Feb. 1, puts a much greater emphasis on commercial space flight.

"The jobs picture under the new administration plan is much brighter than under the old plan," says Bretton Alexander, president of the Commercial Spaceflight Federation (CSF), an association comprising 20 companies and organizations working to make commercial space flight a reality. "The ramp-up of jobs for the new rocket was never going to replace the 7,000 lost in the shuttle phaseout, so that reduction in the work force was going to be severe and sustained. Will the new program fully replace those jobs? There will probably still be a downturn after a few years. In the end, it's better than the path they were on, and the 10- and 20-year future looks brighter."

Alexander says Denver-based United Launch Alliance, a 50-50 joint venture between Boeing and Lockheed Martin which launches Delta and Atlas rockets, mostly for the U.S. Department of Defense, will likely get a grant from NASA to build a capsule to put on top of those rockets.

"The rate of launches will double and a lot of infrastructure investment will be needed," Alexander says.

SpaceX (Space Exploration Technologies Corp.) is one of the more prominent CSF members. The California-based company is building a new rocket called the Falcon 9 and a spacecraft called Dragon, which will initially be used to transport cargo. NASA selected Falcon 9 and Dragon to resupply the International Space Station (ISS) after the shuttle retires. SpaceX has a $1.6 billion contract with NASA for 12 flights. SpaceX expects to conduct the first demonstration flight this spring.

Alexander says a survey of his organization's members estimated the previous plans for the space program would create an estimated 5,000 jobs. That figure will be substantially higher, he says, with the new program.

While the development of the commercial space program figures to create several thousand jobs, he says few of them are likely to be in manufacturing. However, there should be plenty of infrastructure improvements that will create jobs, such as facilities to process capsules and replace parts. He estimates it will take NASA nine months to a year to officially begin the new program.

"They probably won't bring their factories to Florida because they already exist elsewhere and they are expensive," Alexander says of the space manufacturing sector. "Jobs will be created in four phases, design and testing, manufacturing, integration or service work and then the launch itself. The last two will happen at the Cape."

Space-related economic activity is present in all of Florida's 67 counties and is a lot more diverse than just NASA, says Frank DiBello, CEO of Space Florida. DiBello's organization is heading the state's push to develop the state's post-shuttle space industry.

"We are a right-to-work state with attractive labor rates, says DiBello. "We will have available a very talented aerospace work force that possesses many attributes that most industrial and technology companies spend a lot of money trying to develop, such as engineering excellence with an emphasis on quality assurance and attention to detail and safety. That kind of training and safety culture is something that is coveted by companies. We have a lot of opportunities in Florida, and we have moved to position the state in several areas that are keys to the future of the nation's space program."

DiBello says Space Florida currently has 40 non-disclosure agreements with companies it is in active discussions with about developing business in Florida.

"The centerpiece once we move the fence will be the Space Life Science Lab, which will move outside the NASA realm. It will position the park as the high-tech base in support of the space station."

DiBello cites the Space Life Sciences Lab as one of the state's major assets and describes it as a world-class facility.

"We see the development of a community of companies in Exploration Park that are working in areas where space technology connects with other areas such as materials, life sciences, food and agriculture and environmental monitoring. That's the kind of community we are growing.

"We are very close to bringing in our first two companies. There is also a nexus of at least six clean or alternative energy-related projects that are planned or under way that we expect to have some presence in Exploration Park," DiBello says. "They will be doing work behind the fence but residing outside the park. These companies will be involved in solar, hydrogen and wind power activities."

DiBello says the new NASA budget gives cause for enthusiasm because it will fund projects that will mean increased flight rates from the Cape. That will require a lot of preparation work for spacecraft and payloads. In addition, it will fund technology advancement for development of an orbiting fuel depot that will allow refueling of aircraft in space.

"The Kennedy Space Center is uniquely qualified to handle that work," DiBello says.

Space Florida has a goal of tripling the size of the space industry over the next 10 years. DiBello says that will be achieved by a two-pronged strategy of broadening industry diversification over 10 market sectors and vertically integrating the supply chain.

DiBello says it makes sense for commercial space companies who are developing new spacecraft and launch vehicles to do final work close to the launch area. There is also value to these companies in having their supply chains close by.

"We are producing a report right now setting a baseline for the size of the industry, which we estimate to be $7 billion to $8 billion. We are refining our longtime estimate of 30,000 space-related jobs, of which about 15,000 are at the Cape. There is a strong Department of Defense component as well as NOAA, NIH, Homeland Security and Coast Guard activity. There is a lot of other activity throughout the state so we want to get a better definition."

While Northwest Florida will see minimal impact from the shuttle's shutdown, aerospace and defense industries have been the region's biggest growth areas.

"Aerospace is our largest target industry in manufacturing, but it's not space," says Al Westrand, president of Florida's Great Northwest. "The areas that are really strong for us deal a lot with unmanned systems. This includes avionics, testing and software, which have been bright spots the last two years, but there is little association with the shuttle program."

The Aerospace Alliance, comprising Florida, Alabama, Mississippi and Louisiana, recently called for a split between Northrop Grumman and Boeing of the KC-X Air Force tanker project proposed for Mobile, in an effort to ensure the region receives as many local jobs as possible. That project remains up in the air.

"We see the Gulf Coast, or basically New Orleans through Tallahassee, as the next great aerospace corridor in the U.S.," Westrand says. "When we look at the assets in the four states, they are very complementary. Should Mobile win the tanker project, it will certainly add a lot of density to the cluster which is already here. Whether Northrop Grumman comes or not, we expect to gain from Boeing if they win the wing contract."

Wenstrand says the region's existing aerospace companies offer real opportunities for expansion. He says most companies range from 50 to 100 employees.

"The war is taking a toll on existing aircraft and there is a lot of maintenance work going on," he observes. "Our strength is in unmanned systems, and that seems to be the wave of the future. We have a lot of R&D in this area creating unmanned systems or the avionics that go with those systems. We also have a number of companies that are spinoffs of military technology and who are providing software development. They are not huge companies, but they are the future."

Westrand cites ActiGraph, based in Pensacola, which developed technology to monitor pilots in their flight suits to avoid blackouts. ActiGraph products have since broadened their scope to encompass physical activity measurement, sleep diagnostics, rehabilitation monitoring, sports medicine and pharmaceutical testing. 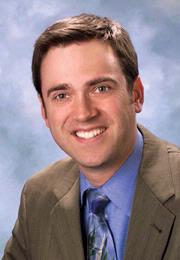 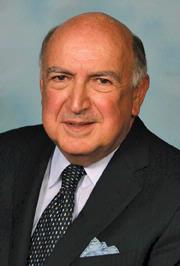 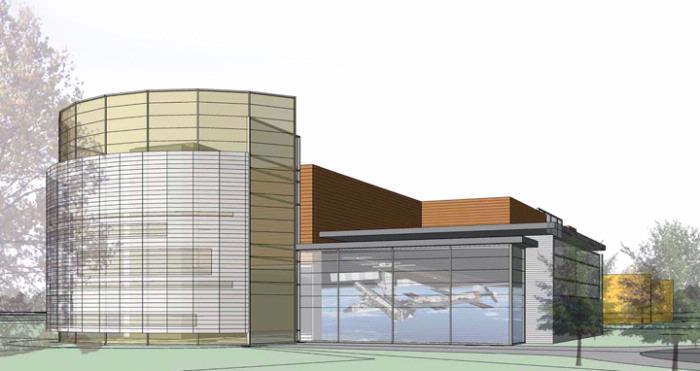 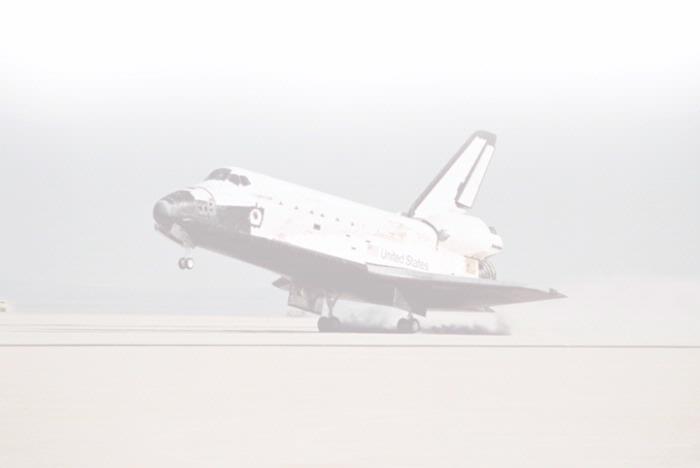