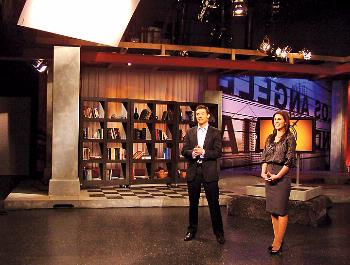 Cable network ReelzChannel’s move of its headquarters and studios to Albuquerque from Los Angeles was aided by state
incentives, backed by a quickly turned around ruling from the state department of revenue, says Stan Hubbard, the company’s chairman and CEO.
Photo courtesy of ReelzChannel

New Mexico serves as a lab for new
companies in multiple high-tech
fields, even as it attracts
investments from other states.

company that began as a University of New Mexico spinoff in 1993 now makes high-tech products used on all seven continents and in outer space. The firm's meteoric rise serves as a fitting metaphor for New Mexico's approach to economic development. The Land of Enchantment uses its advanced educational infrastructure to inspire the new "Three Rs" — research, renewable energy and reels of film.

At NanoPore, it was a scientific breakthrough in the first "R" — research — that prompted founder Doug Smith to leave his small laboratory on the campus of UNM in Albuquerque and venture out on his own.

More than a decade and a half later, the one-time professor in chemical engineering has built an empire of companies that are changing the world of applied nanotechnology.

The company commercializes high-porosity, high-surface-area materials for a wide range of applications including advanced thermal insulation, optics and gas separation. "Our first commercial application was a product called NanoGlass, insulation for advanced semiconductor chips," says Smith. "NanoPore is the equity company that owns stakes in our various spinoffs."

Asked why he selected Albuquerque, Smith says, "Every time we start a new company, we always think of where to put it. One company was started in England. Another was started in Germany because it's related to the solar industry. But every other company we have founded has been located right here in Albuquerque."

The advanced high-tech labor pool in the Albuquerque area is the principal reason, Smith says. "When we started producing stuff, I found out just how good the work force is here. The national labs, Intel and the university all contribute to a strong work force in many areas, from assembly work to Ph.D. scientists. Plus, people tend to like living in Albuquerque. It is very easy to recruit employees to come here. We have very few employees who ever actually leave the area."

Albuquerque also makes sense for logistics reasons, Smith says. "Our main suppliers are in Japan, and our end product for our insulation business is shipped to customers on all seven continents and in outer space," he says. Being located next to New Mexico's largest commercial airport expedites inbound and outbound shipments.

With customers like NASCAR, NASA and PepsiCo, NanoPore's business is not likely to slow down any time soon. In fact, notes Smith, the company's sales are on pace to triple in 2010 — and that is after growing by 2.5 times last year.

"We operate two facilities for NanoCool right now, and we are currently looking for much larger space to grow our business. We need an additional facility," says Smith. "We will remain in Albuquerque because our trained employees are here, the rents are fairly reasonable, and there is a great supply of manufacturing base here."

Smith says he could not have achieved this growth without the help of Albuquerque Economic Development. "AED has been fantastic," he says. "They helped us with our job training program. They helped us secure funding from the state for paying half of our new employees' salaries, and they helped us find real estate."

Smith says he likes the cluster of similar companies that have sprouted up in the area. "Now that there are so many companies like ours here, there is a pretty good informal network of people who know each other," he adds. "You get tied in with other firms, and they help you find employees. We have helped other companies in making the transition to Albuquerque. Plus, it helps that we have ties to the University of New Mexico and the two national labs at Sandia and Los Alamos."

The large-scale presence of high-tech R&D throughout the region facilitates the growth of other companies too. A notable example is Hewlett-Packard.

"We are well in advance of meeting that goal," says Linda Wedeen, communications manager for HP in Rio Rancho. "This is an economic boon for the community. These are good jobs."

Most positions will pay around $40,000 a year, with total payroll approaching $54 million upon full employment, according to the company.

HP found that mix in Conway, Ark. (where a simultaneously announced site is projected to employ 1,200) and in Rio Rancho. "The availability of a good work force was vital," says Wedeen. "We want to be able to hire from within the community, and HP was very impressed with what New Mexico has to offer. The schools are good here, especially in the Rio Rancho area, and the state helped HP by offering some key incentives."

The state contributed $6 million for infrastructure, plus another $8 million for job training. In addition, the city of Rio Rancho is offering HP $63.5 million in industrial revenue bonds to cover construction costs. HP also gets to lease 17 acres (seven hectares) from the city for $1 a year for 50 years.

"New Mexico was very interested in having HP here," Wedeen says. "The whole deal happened relatively quickly. Our first visit here was in mid-2008. The decision to locate the plant here came at the end of 2008, and we broke ground in January of 2009."

Wedeen credits local and state agencies with making the project happen quickly. "We worked mostly with AED, the Rio Rancho Economic Development Corp. and the Chamber of Commerce," she says. "And the New Mexico Economic Development Department was great. It was a real partnership that was focused on bringing HP here."

From Movie Reels to Renewable Power

Multi-jurisdictional cooperation also resulted in the successful recruiting of the corporate headquarters and studios of ReelzChannel to Albuquerque last year. A cable network available in 50 million U.S. households, ReelzChannel moved into the $95-million Albuquerque Studios in Mesa del Sol.

"Our corporate headquarters were in Minneapolis-St. Paul, and we thought that we needed to be in Los Angeles in order to grow this business," says Stan Hubbard, chairman and CEO of ReelzChannel, a TV network that broadcasts shows about movies. "We learned very quickly that California is not an easy place to do business. It is very expensive, with high taxes and high real estate costs. And the employment law there is stacked against the employer from the instant you hire an employee."

That's when another Hubbard enterprise stepped in and offered an alternative location. KOB-TV in Albuquerque, a station owned by the Hubbard family, teamed up with the New Mexico Film Office and the New Mexico Partnership to present ReelzChannel with the prospect of relocating to Albuquerque.

The Film Office, the Partnership and AED worked together to convince Hubbard to move his entire operation to the newly built Albuquerque Studios. "They pounced on us," Hubbard says of the economic developers who courted ReelzChannel. "They turned over every stone, and they really didn't give us an opportunity to look at anything else. They were aggressive and supportive. All of the private and public entities worked together to make this deal happen."

Financial support was a key deal closer, notes Hubbard. "The incentives for TV [programming] makers help offset the taxes here," he says. "The state's revenue department helped us with a ruling when we needed to make a decision on whether to move here or not. We prepared a request for a formal ruling on the incentives, and we received the official response within a week. The lawyer who handled our case said he had never seen a ruling turned around that quickly. They literally worked over Christmas and New Year's to resolve our case and get us the answers we needed."

"The quality of people here is outstanding," says Hubbard. "We have found every level of employee here, including a show host for one of our programs. We are doing triple the work with 95 people that it took 200 people to do in Los Angeles. The people here can be much more flexible."

Investors in the renewable energy business are also finding New Mexico to be a safe haven for their capital. Within the span of just three days in January, two major alternative energy projects were announced in the state.

On Jan. 8, Johnson Plate and Tower announced that it would build a wind-tower manufacturing plant in Santa Teresa and create 150 full-time jobs. The project was awarded $2.4 million in federal Recovery Act Advanced Energy Manufacturing Tax Credits.

The company will build an 84,000-sq.-ft. (7,804-sq.-m.) facility on 22 acres (9 hectares) in the Verde Logistics Park and hire 40 to 50 workers during the construction phase. Dona Ana County passed a Local Economic Development Act that made the project possible, said New Mexico Economic Development Secretary Fred Mondragon.

On Jan. 10, Spanish renewable energy company GA-Solar and its parent company, Corporacion Gestamp, announced plans to invest $1 billion into building one of the largest solar photovoltaic projects in the world in Guadalupe County.

The solar array will be located on 2,500 acres (1,013 hectares) and deliver up to 300 megawatts of installed capacity once completed. It is expected to generate enough electricity to power the equivalent of 50,000 homes for one year.

About 300 workers will be employed during the four-year construction phase. Upon completion, about 75 full-time jobs will be created.

"I believe this unprecedented investment shows that New Mexico has not only become the center of the North American solar industry, but is ready to take its place as a global player in the production of renewable energy," New Mexico Gov. Bill Richardson said. "Building a comprehensive clean energy economy is key to the economic stability and vitality of New Mexico's future." 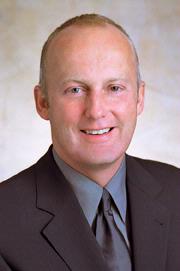 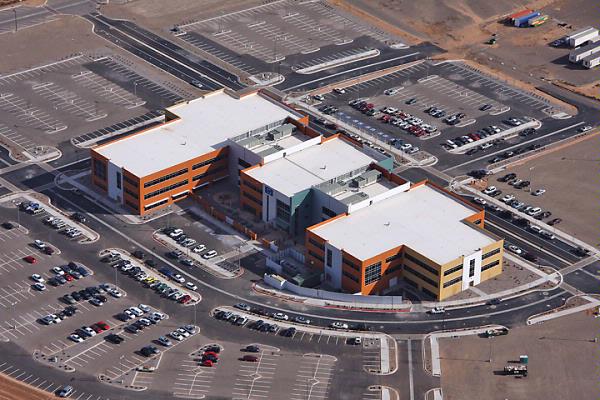 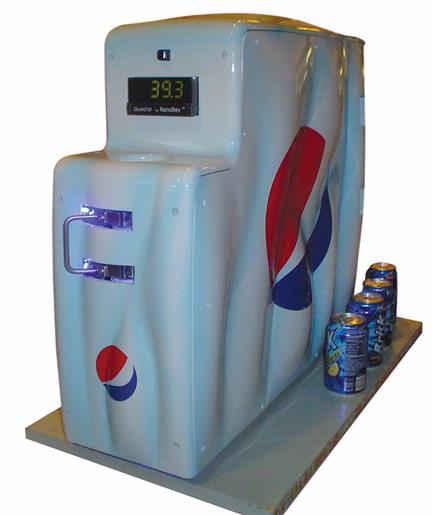