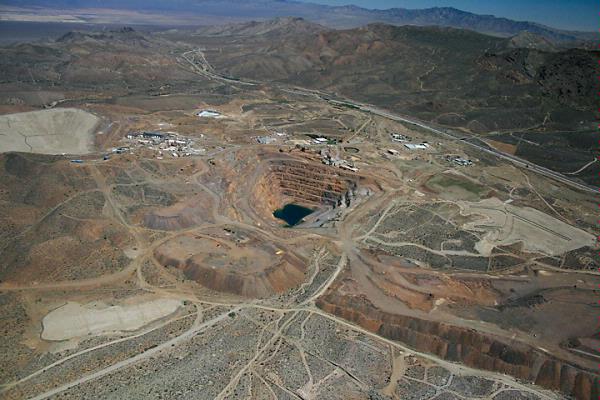 Rare earths, or green elements, play a key role in the development of green energy, from new-wave batteries to wind turbines. Molycorp Minerals operates and wants to expand this mine on the edge of the Mojave Desert Preserve, one of few on the planet with rare-earths veins rich enough to make mining them profitable.
Photo courtesy of Molycorp Minerals

Green jobs are up amid hints of a recovery.

by JOHN W. McCURRY
A

chartreuse ray of optimism is shining through Southern California these days in the form of an array of high-tech jobs classified as green. A recent study conducted by the Collaborative Economics research firm for Next 10, an organization focused on economic and environmental issues, shows that the number of green businesses in the state grew by 45 percent between 1996 and 2008. The San Diego area, Orange County and the Inland Empire paced Southern California. The Los Angeles area was robust too, with such notable achievements as a 77-percent increase in jobs related to energy efficiency.

Noel Perry, a venture capitalist who founded Next 10, cites California's forward-thinking policies and the state's penchant for ingenuity as reasons for the advancement in the green economy. He says the green economy has sprouted jobs across a wide spectrum of skill levels and earning potential.

"There is quite a bit going on in the southern part of the state," Perry says. "Los Angeles County has the second largest concentration of jobs and there is a significant number of total jobs in the region. Solar and wind energy activity in the Inland Empire has grown significantly. Green transportation, both in the form of vehicles and alternative fuels, is growing in Los Angeles, Orange County, San Diego and the Inland Empire. California has a number of policies that encourage green job development, such as its renewable portfolio standard, which encourages solar and wind energy development, and energy efficiency standards for buildings, which will promote growth."

Perry says a lot of the green jobs across California are concentrated in the development of new materials for green buildings. He cites Sunnyvale-base Serious Materials as a leader in this area.

Doug Henton, chairman and CEO of Collaborative Economics, says the Inland Empire region has a natural advantage for installation of wind and solar projects. He cites Southern California Edison as a leader in this effort.

"One of the drivers in Los Angeles and Long Beach is what is happening at the ports," Henton says. "Both ports are instituting standards to deal with pollution, and that is encouraging development of alternative fuels for vehicles. That seems to be stimulating both new companies and retrofits."

Henton says California is home to many companies that are driving technological advances in clean energy, products and services. He says that green technology has the potential to do for energy what IT did for the communications sector.

Perry notes that green jobs aren't always visible to the naked eye. He says the Next 10 report required research of numerous databases.

"The study is being used to show there is a strong foundation of green businesses in California and where these green businesses can grow in the future," Perry says. "There are certain areas of California that have specialties. For example, biofuels is strong in the San Joaquin Valley, and in Los Angeles there is a strong future for development of electric vehicles."

Perry says that while green jobs probably account for less than 1 percent of all employment in California, they are important to the state's future.

Another effort to generate green jobs will come through the state's Innovation Hub program. The City of Palm Springs recently received the "iHub" designation, which is designed to spur economic recovery and growth.

Palm Springs included the cities of Desert Hot Springs and Cathedral City in its application to the state's Business, Transportation and Housing Agency and was one of only six applicants in California to receive the designation.

"This designation is transformational for Palm Springs and proof that our city is an ideal spot for creating jobs with a focus on renewable energy and clean technology," said Steve Pougnet, mayor of Palm Springs. "It means we are going to have a new economy and that this iHub will be the center for renewable energy growth in Southern California."

Palm Springs plans to partner with UC Riverside, Cal State San Bernardino and the College of the Desert with the intent of targeting local businesses to collaborate on emerging technology projects and research.

Southern California, like the rest of the state, and much of the U.S., is experiencing a "measured" economic recovery, according to a recent forecast by a noted Los Angeles economics organization.

The Kyser study tracks six Southern California counties: Los Angeles, Orange, Riverside, San Bernardino, San Diego and Ventura. Sidhu says that Los Angeles, Orange, San Diego and Ventura counties will probably do better than Riverside and San Bernardino, which have been hit particularly hard by the recession. But by the time 2011 rolls around, she adds, the two lagging counties will probably come out of it faster than the others. However, all six counties are likely to report small declines in employment during 2010, she says.

"We are just now beginning to see there is some increase in manufacturing, literally as we speak," Sidhu says. "It's not in our forecast as a written document. Scattered firms have discovered they have orders in manufacturing and a number have put their current work force on overtime. In a few cases, they have looked to hire new workers. As we move through 2011, I think there will be more of what we are seeing at the moment."

Here are some more conclusions of the Kyser forecast:

The Port of Long Beach plans $3 billion in improvements over the next decade. The largest single project is the $1.1-billion replacement of the Gerald Desmond Bridge. The port estimates the project will generate about $2.8 billion in economic activity and support about 4,000 jobs a year during five years of construction. It will replace the current bridge, which connects the port's Terminal Island with Long Beach and which was built in the 1960s. About 15 percent of all goods coming into the U.S. travel across the bridge, according to the port.

Another major project, given the green light in April 2009, is the $600-million Middle Harbor Project. It will combine two obsolete terminals into one efficient, green facility while doubling productivity and cutting air pollution by 50 percent.

"There is a considerable amount of interest in greening up the trucking fleet that goes from the Port of Long Beach to those big distribution centers out there in the Inland Empire," Sidhu says. "The port is happy because the new trucks they are seeing are running on clean diesel. There is a variety of green jobs that will be on the scene, but I don't see them yet as a big factor in the recovery."

John Husing, who runs Economics & Politics, an economics research organization that concentrates on the Inland Empire, says recent upticks in volume at the Ports of Los Angeles and Long Beach are driving the Inland Empire market.

"All new space is logistics related," Husing says. "The last iteration of construction ran into the economic downturn and there was 20 million square feet [1,858,000 sq. m.] sitting there. When the ports slowed down, the vacancy rate went up 12 percent as a consequence. The inventory cycle has now kicked in and we are seeing much more activity at the ports and we are certainly seeing more retail activity. I assume we will see a pickup of industrial employment because of it."

"It was a fairly common pattern in the 1990s when the market got soft," says Paul Earnhart, principal and senior vice president at Lee & Associates Commercial Real Estate in Ontario, Calif. "There are a number of transactions in motion out here of companies that are revisiting their bottom lines. They get a double benefit with reducing their square foot costs and by getting a 30-foot-clear building."

More encouraging news for Southern California comes from The Hoffman Company. The brokerage firm's third annual Hoffman Land Index reveals that land values in some areas doubled or tripled in 2009 compared to 2008.

Of 48 geographic areas tracked in the new Hoffman Land Index, half of them — primarily those located close to major job centers — recorded an increase in the value of a 7,200-sq.-ft. (669-sq.-m.) finished lot compared to the bottom of the market a year ago in most Southern California communities, where the average price for a finished lot reached bottom in the fourth quarter of 2008, said Tom Dallape, co-principal at The Hoffman Company.

"Though there are mixed indicators in the economy, business is getting used to this new environment," said Kurt Strasmann, managing partner for Voit's Orange County region. "They are starting to make short-term decisions, which will lead to long-term decisions. We see 2010 as a settling-out year in which business will move forward in this new reality."

Dr. Christopher Thornberg of Beacon Economics, who participated in the forecast, said the shape of the recovery will be dictated by government policy. He voiced concerns about the current environment of controlled low interest rates.  He noted that when interest rates begin to rise, inflation is likely to follow — but pointed out that inflation will aid many real estate owners, who are currently upside-down on their investments, by increasing the value of their properties.

"California does very well during good times and very poorly during tough times," said Thornberg. "California is overexposed to this cyclical economy because we are real estate- and export-intensive. We sell capital goods and high tech to other states that are suffering." 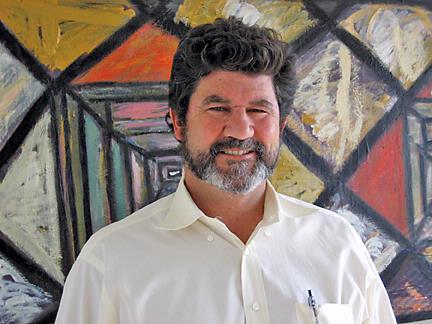 Noel Perry is founder of Next 10. 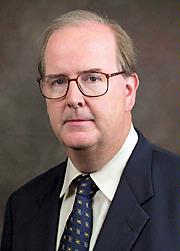 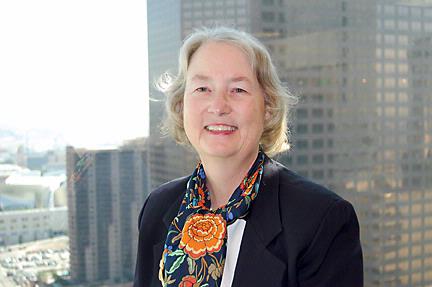 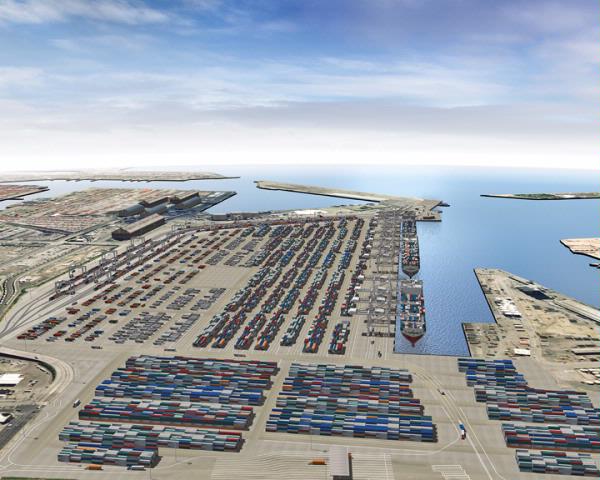 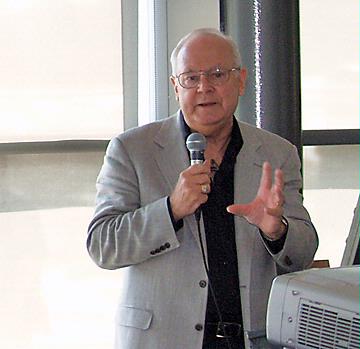 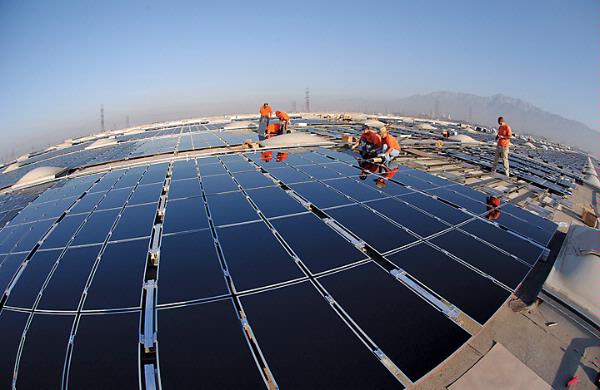