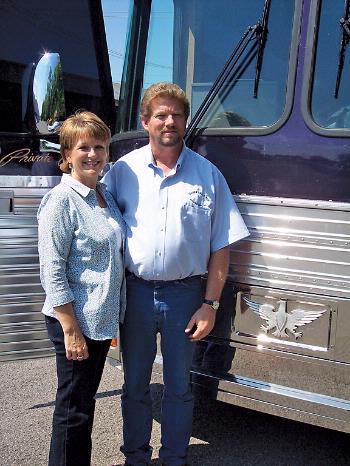 A bus builder volunteers for Tennessee.

he Silver Eagle Bus Co., whose manufacturing history traces to and before a run of several decades in the , has embarked on a new chapter in its twist-and-turn history as it ramps up production in the suburb of .

The company has constantly evolved through the years. It once built buses for Trailways. It later gained fame for manufacturing buses for country music stars and other entertainers. Today, it continues to specialize in custom coaches for the entertainment industry, but also builds rigs for the 40- to 45-seat coach market.

Silver Eagle is owned and operated by the husband and wife team of Craig (COO) and Robin (CEO) Hanloh. They formed the new company in 2004 and revived the Silver Eagle name after the previous management went bankrupt in the late 1990s. They began manufacturing in the company's last home of , in 2006 before deciding to look for a new home.

Robin Hanloh says business conditions were not good in , prompting the search for a new manufacturing location. That search pinpointed about a dozen cities in several Southeastern and Midwestern states.

"We considered other cities within and in other states," she says. "We decided that the area, because of the entertainment market and because of its more central location, was better for our existing customers, who are people who already own coaches. We lived in White House [another suburb] before we moved to , so the idea was also appealing from a personal standpoint."

But Hanloh says the move to , a suburb, was purely a business decision. She gives "90 percent" of the credit to Clay Walker (executive director) and Shirley Smith (administrative assistant) of the Gallatin Economic Development Agency.

"Clay and Shirley had it head and shoulders over the rest in terms of knowing their business and what the economic development role is supposed to be for their city," Hanloh says. "They also have created a network of support to help new or prospective companies come into . Not only were they tremendously helpful before we moved here, the continued support of our project has been amazing."

Silver Eagle is operating in a temporary location in , but the company plans to move into an existing 400,000-sq.-ft. (37,160-sq.-m.) building. Hanloh says the company originally planned to build a new facility, but has a major manufacturing contract for an international customer and needs to ramp up more quickly. Silver Eagle completed its first contract in in December and employed about 15 in late January, but plans to increase employment to approximately 180 by early 2011.

Hanloh says the area labor market appears to be "wonderful."She said about 1,800 people put in applications for jobs when the move to was announced.

"We knew we would not be able to hire many people right away, but people were so desperate for jobs, they came out immediately," she says. "A lot of automotive-related businesses in the area have closed and there is a good supply of people with specific industry-related experience."

Hanloh says the company initially wanted to just target the entertainer, or personal coach, market, but has since acquired the designs to build the company's Classic Model 15 Eagle bus, which enables it to serve the seated coach market.

"The seated coach market is a lot better than the entertainment market for us now," Hanloh says. "We are the only manufacturer of this same quality or genre of buses. There are builders of school buses and smaller buses, but no one builds buses in the like we do. For any cities or companies using stimulus finds to purchase coaches, I believe that stimulus funds require that products be manufactured in the , and we are the only one."

Silver Eagle's major competitors include Illinois-based Motor Coach Industries, which originated in and currently conducts its primary manufacturing in . Its other major competitor is Prévost in Sainte-Claire, Que.

The Hanlohs' interest in bus building originated with Craig Hanloh's involvement in the dune-buggy and race-car-hauling-rig businesses. A bus-refurbishing project ignited an interest and provided contacts along the bus-building supply chain. During that time, the Hanlohs kept hearing about the merits of the Silver Eagle bus and became interested in acquiring the rights to build the famous line. Robin Hanloh, whose background is in management, became the CEO of the reborn company.

"I had always worked in management on the business side of manufacturing and production, so Craig asked my help to do this side of the business. So we formed a team and here we are."

HEAT Armor, also known as Herlihy Engineered & Armored Technologies, was founded in September 2008 and moved into a 50,000-sq.-ft. (4,645-sq.-m.) building in an old warehouse district in Chicago. HEAT Armor is in the commercial armored vehicle industry, serving well-heeled individuals who need protection.

Darren Flynn, HEAT's vice president of sales and marketing, says the company converts vehicles such as Suburbans or Cadillacs by adding armoring systems to match a particular customer's specialized needs, "be it handgun protection or assault rifle protection. We don't talk about who our customers are because you can defeat every type of armored vehicle in the world if you know it's armored. So, our customers try to remain anonymous."

Flynn stresses that HEAT is not just a fabrication company, but also an engineering and technologies company. He says the engineering part of the equation is important to the reliability of the products. HEAT also serves as a sub-engineering company for larger military suppliers or larger armored production companies. 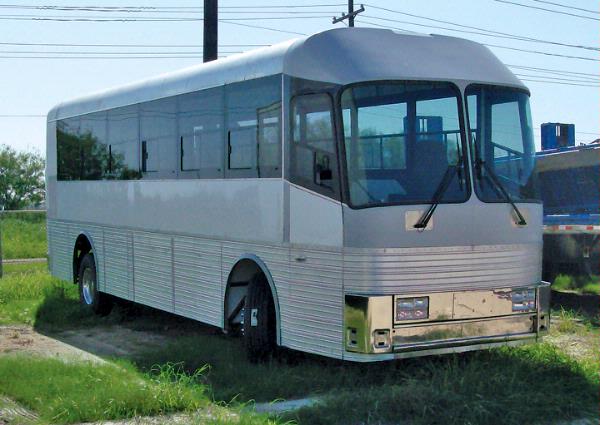 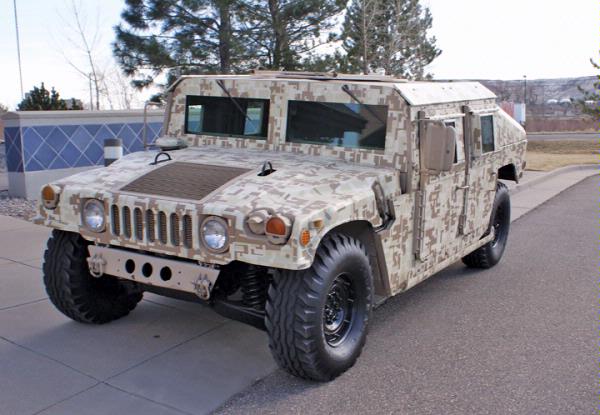