A Shot At Brilliance 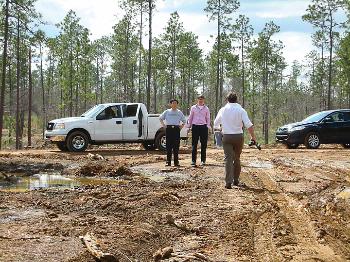 Novel financing, leading-edge technology and a global team of expertise back what could be a revolutionary Chinese-American car.

The chorus of skeptics has kept up a steady hum ever since. But as many continue to cast a wary eye, HK Motors continues to cast its nets.

Converted One By One

It plans to build multiple plants in to source the castings and other components for the final assembly in . It's assembled a team that includes German alternative-fuel powertrain experts FEV and Italdesign-Giugiaro, which worked with Yeung when he ran his first hugely successful car company, Brilliance China Automotive Holdings, in the 1990s.

HK also has continued to gradually raise the necessary funds through use of the U.S. Citizenship and Immigration Service's EB-5 program, which provides for citizenship for individual foreign investors who invest at least half a million dollars and create at least 10 jobs.

Doubters abound. But at least one has come around: Richard Kolodziej, president of Natural Gas Vehicles for (NGVAmerica), which in April allied with HK and the American Public Gas Association in the nation's capital to promote natural-gas hybrids and encourage passage of legislation such as The NAT GAS Act of 2009 currently under review in Congress.

"When I first heard about it, I was extremely skeptical myself," says Kolodziej of the HK Motors project, but an extensive briefing in early April changed his mind. "I was just blown away by it, very impressed by the planning, and the amount of financing they have. It will take a lot more money to do it. Obviously they have huge hurdles to overcome. However those hurdles are nothing compared to what you have to overcome in the electric vehicle business, and everyone is gaga over that business."

"I am a former entrepreneur and former bank officer," says Robert Ingram, president and CEO of the Baldwin County Economic Development Alliance, citing his own bona fides as a skeptic. "We see lots of proposals and hear some of the wildest stories imaginable."

But economic developers do the due diligence and handicap the odds, while also sizing up potential benefits versus the agency's cost in time and dollars. "The past success of the company's chairman at Brilliance Motors, the huge potential economic impact to Baldwin County, and the fact that the company is spending large amounts of their dollars and time to make the project happen, versus limited dollars and time on our part, makes it a no-brainer for us to aggressively support the company in its efforts," he says.

The company must raise $1.5 billion before it can access any incentive funds from the Alabama Development Office or other state and local government programs.

In an interview with Site Selection, HK Motors CEO Chuantao Wang, a longtime GM leader whose technical innovations in manufacturing have earned praise on both sides of the Pacific, explained how his company's vision can be good enough to be true.

It starts with modularized production, he says, as well as an initial achievable target of 300,000 units. But there are five key innovations, beginning with the family of eight vehicles HK plans to produce, which will possess a three-in-one power system incorporating natural gas, electric power and a small backup gasoline option that could take the driver 150 miles (241 km.) to the next gas or electric hook-up.

Next, he says, comes low-cost manufacturing, through economies of scale in both countries, and through the use of common parts, to the tune of 70 percent, across all vehicle lines.

How do you sell the cars?

"We will provide 50,000 miles worth of natural gas for free," says Wang, noting the low prices of natural gas. "This is a deal for the customer. Others cannot do this. Our vehicle is good, but we need somebody to try it. So we give this. It is difficult to resist." The company will also toss in a home fueling station/compressor, to be installed by the natural gas provider.

Wang says the next thing making HK a good bet is their continuing work on a second-generation electric vehicle that would generate electric power on board. "We have a technology for this electric vehicle, for after 2020," he says.

Finally, perhaps even more innovative than Wang's long history of computer-simulated manufacturing advances is the fundraising plan, which combines EB-5 with investment options down the road.

"This year we're still intending to recruit 2,000 investors from the CRIKM countries — , , , and . Our major investors from those five countries are successful businesspeople who have amassed wealth over the past 10 or 20 years, and want to educate their kids in the — especially people in and . It's better to put wealth in a safe country like the ."

Wang says after five years, at which time most investors have attained citizenship and exit the program, they'll be able to convert their investment into US$650,000 in Hong Kong-traded company stock in HK Motors, or wait until the company's IPO in the

"Nobody has done this before, to offer the investor peace of mind," Wang says. "Most people just pay the money and create the jobs just for the purpose of immigration. But ours is about a premium: They will earn money after five years."

Asked from which region he has seen the most investor interest, he says he was surprised to find it was , followed by . He also hopes that as the project progresses its advanced technology will qualify for federal government money through the DOE.

Steered Toward the Gulf

The site search began in earnest in spring 2009, just as Hybrid Kinetic was incorporated as a company. North Alabama and were the primary target areas. Wang says was attractive in part because of 's Center For Foreign Investment (ACFI), the federally designated statewide regional center that is the welcome mat for EB-5 investors.

"One of the consultants working with the company was aware that we were trying to obtain options on a very large piece of property which fronted on I-65 on the north and CSX rail on the south," says Baldwin County EDA's Ingram. "When it became obvious that HK Motors was not completely happy with any of the other sites, he told them about ours and they expressed an interest to see the property and to meet with us."

Wang confirms that good roads and railway transportation were criterion No. 1. And proximity to the , just 30 miles (48 km.) away, was important for serving the planned low-cost China-U.S. supply chain. That chain may be further served by the new ThyssenKrupp steelmaking complex rising not far away in , , says Wang, citing an early April meeting with the company in : "The plant will be one of our sources for sheet metal for automotive bodies," he says.

(That plan may run into some difficulty, however, as the federal Foreign-Trade Zones Board in mid-April ruled that it would only give ThyssenKrupp a tax break on material that goes into products re-exported from the United States. The ruling is open for public comment through May 14, with a final decision expected by the end of the summer.)

Next for Wang came the quality of the work force. He says satisfied HK's curiosity by answering all 170 questions company officials sent. That included availability to jump onto the payroll right away. Finally, the school system was an important side criterion, says Wang, both for new hires from and for those relocating to the area.

"Thanks to tremendous cooperation by landowners and to assistance from our Baldwin County Commission, we were able to meet all deadlines and provide assurances needed to convince HK Motors that the project could be done in in an expedient manner," says Ingram. "A huge percentage of our time and dollars spent on the project in early months was not even directly related to recruiting the company. It was in doing all of the things necessary to expedite mega-site certification.

Ingram says it's important to note that HK Motors is incorporated in the U.S. Wang's lengthy resume includes major roles at GM operations in Pontiac, Mich., a Ph.D. in industrial systems and engineering from Ohio State University and a 2006 lifetime achievement award from the GM Manufacturing Engineering Die Center. His leadership team includes a former senior VP from BMW, and two VPs from Chrysler.

"Many of its executives that we have met are citizens and have been living in this country for many years," says Ingram of HK's leadership team. "The project is somewhat of a Chinese/American hybrid, much like the car will be. Hopefully that will be a very positive thing."

According to longtime natural gas investor turned alternative energy champion T. Boone Pickens' tracking of U.S. spending on foreign oil, the nation imported 60 percent of its oil in March 2010, and is on track to spend more than $326 billion in 2010 on oil, nearly 25 percent more than in 2009. The race to lock up oil is on — witness the late April investment of $20 billion in by the China Development Bank — but may be a race to an eventual bottom.

Asked if he's contacted Pickens about investing in Hybrid Kinetic Motors, Wang says, "We have not contacted him yet. But we are arranging a meeting."

Spokespeople for Pickens' BP Capital investment firm and the Pickens Plan did not respond to request for comment. Pickens is known to favor an approach focused on fleets of natural gas vehicles, vs. individual passenger vehicles.

In April testimony about the NAT GAS Act before the U.S. House of Representatives Committee On Ways and Means, Pickens rebuffed concerns about natural gas refueling infrastructure, even as a separate but related electric-vehicle recharging network is also trying to get off the ground.

"Let's look to our free enterprise system," Pickens said. "If you create the market, the private sector will build it. Can you imagine what would have happened if we had told Henry Ford, 'Forget about building Model Ts. There's no place to fuel them'?"

Long ago, Henry Ford had visions for recreating in the union-free South, including an area in north that he and Thomas Edison conceptualized as "," and loaded with industrial infrastructure before a jealous congressman from the north prevented their planned purchase of a federal dam.

Now the multinational and visionary team at HK Motors has its sights set on south , and on bringing electricity, gas and cars together in a product. In fact, Wang says dozens of engineers, team leaders and managers may move to from the area as the plant gets up and running.

And for those who still doubt HK Motors' resolve, they might need to suspend their disbelief for an even more extraordinary vision.

"Alabama is our first site," says Chuantao Wang. "We have two other sites to be decided in the 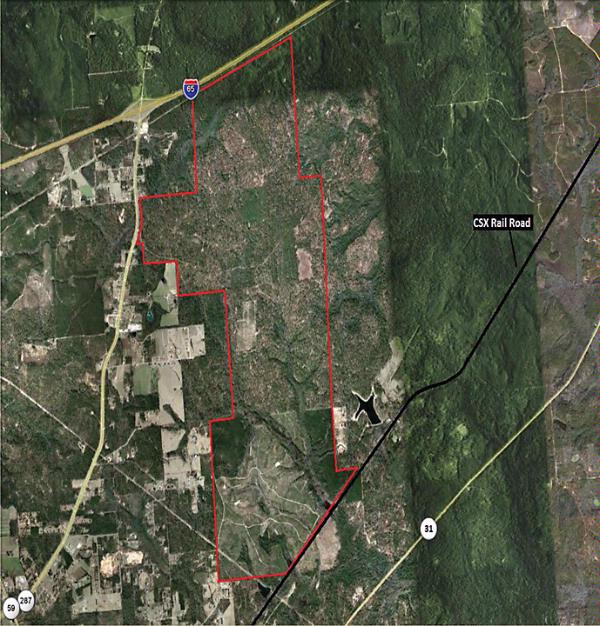 Baldwin County EDA’s Robert Ingram says the 3,000-acre (1,214-hectare) site for the project has been timber land “for as long as anyone can remember,” and is part of a much larger parcel that involves two basic ownership groups. “Well over 2,000 acres [810 hectares] of the property is a high hill with virtually no wetlands,” says Ingram. “The average elevation of the footprint is around 250 feet [76 m.], which is really unusual when you consider that the property is in a coastal county, about 50 miles [81 km.] from the actual coastline.” 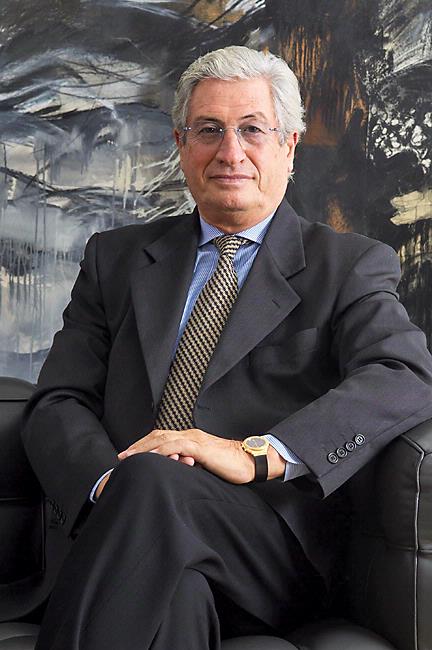 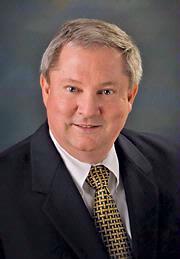