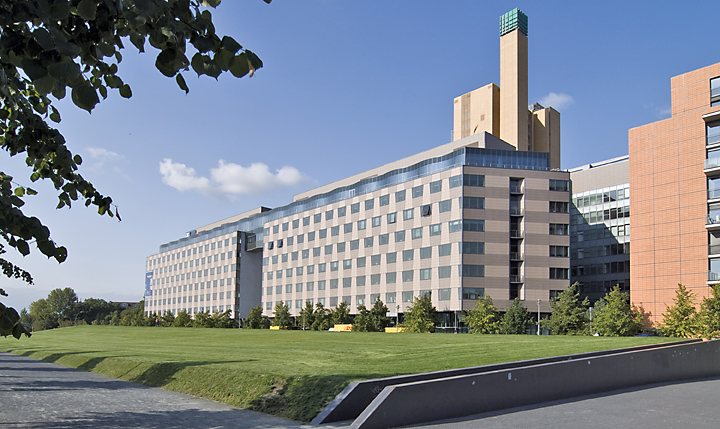 Pfizer opened its new German headquarters in Berlin.
Photo courtesy of Pfizer
A

nalysis used to arrive at Site Selection's Global Best to Invest rankings produced another benefit — an opportunity to shed light on investment in European metros that don't often make headlines. Data used in the analysis reveal five Western European and five Eastern European cities that may deserve a closer look, given their recent ability to attract jobs and investment. Of the 10 metros discussed here, three German cities — Erfurt, Berlin and Jena — and two in Hungary — Budapest and Debrecen — are recognized.

The Erfurt Metro area includes the city of Arnstadt, which garnered the region's largest project with Bosch Solar Energy's development of a new manufacturing complex. Bosch plans to invest US$719 million in the facility by yearend 2010. It will employ 1,100, including about 279 employees who will move from the company's facility in nearby Erfurt as that operation is consolidated into the new Arnstadt facility. It will have the capacity to manufacture up to 90 million solar cells annually.

Evergreen Solar, a manufacturer of solar power products with its proprietary, low-cost silicon wafer technology, recently announced that it has opened a new European headquarters in Berlin, Germany, further increasing the company's presence in the German market. Evergreen began its European operations in 2002 and became a fully registered German company in 2004. Since that time, European sales have grown nearly 20 times. Evergreen says the new Berlin headquarters will help the company keep pace with the rapid business growth in the European market, particularly in Germany, a country featuring notable incentives for commercial and residential solar installations.

Another major development in Berlin was the move of Pfizer's German headquarters from Karlsruhe.

Cork, Ireland, continued to advance in 2009 as a significant center of games development. Blizzard Entertainment, a California-based developer and publisher of entertainment software, announced an additional 100 jobs at its European Customer Support Centre in Cork. That expansion, to be completed in 2010, would bring employment at the facility to more than 600. The call center's work force has the capability to speak and write in 25 different European languages. Customer support is carried out via e-mail, telephone, forums and in-game chat, and the center operates 365 days a year. It complements and strengthens Blizzard Entertainment's existing primary European office near Paris.

Big Fish Games, an online interactive entertainment firm, announced a new office in Cork and plans to create up to 100 jobs by 2012. The company said it would recruit employees with skills in French, German and Spanish.

In Jena, Wacker Chemie AG has opened a new production facility for pharmaceutical proteins (biologics). The new plant is part of the Munich-based chemical company's investment program to enlarge its biotech operations.

The expansion enables Wacker to accommodate its customers' rapidly growing demand for biotechnologically manufactured pharmaceuticals. The expansion, together with the new building for process development and quality control which was completed in 2009, brings the company's total investment in the Jena facility to some $24 million.

Belfast, Northern Ireland, garnered its biggest job promise of the year in October when NYSE Euronext announced it intended to expand the business operations of its NYSE Technologies division in Belfast. The investment will create up to 400 new technology, operational and corporate jobs over the next several years, including 75 from a prior deal.

British oil and gas giant British Petroleum opened a new European service center in Budapest, initially employing about 100, but with plans to grow to 1,000 workers in the coming years. BP said it selected Budapest for its central location and good work force. The city is a major biotech center in Hungary. Albany Molecular Research (AMRI) opened a new research and development center there to serve as the company's European hub.

Deere and Co. announced last August it would invest $125 million in a facility near Domodevedo International Airport in the Moscow metro. Moving into an existing facility, the company said it will have the capabilities to manufacture agricultural, harvesting, construction and forestry products.

In Debrecen, Hungary, IT specialist T-Systems announced plans for a major service center that would eventually employ 900, the city's largest jobs promise of the year. Debrecen is also a major life sciences center in Hungary: Leading pharmaceutical company Gedeon Richter is building a $103-million biotech facility there.

Johnson Matthey opened a $52-million emission control catalyst plant in the metro area of Skopje, Macedonia, in late 2009 to serve growing demand in Europe. The plant employs 128 and has initial annual capacity of four million units. It is located in the Bunardjick Technological and Industrial Development Zone, 15 km. (9.3 miles) outside the city.

In Krakow, Poland, Philip Morris is opening a new business center which will serve as a financial, IT and human resources office serving all business operations in Europe of Philip Morris and its subsidiaries. The company said the new operation will initially employ 650 people in a $17-million facility. PMI Center Europe, as it is officially called, will deliver financial and IT services as well as support for human resources issues to the company's operations in 25 European countries.

And Ericpol, Poland's leading ICT exporter, began work on a new office building in a Special Economic Zone. The facility will have 450 work places. Ericpol invested $7 million in the facility.

Ericpol employs 800 people in Poland, Sweden, Belarus and Ukraine with plans to hire 100 more in Poland. 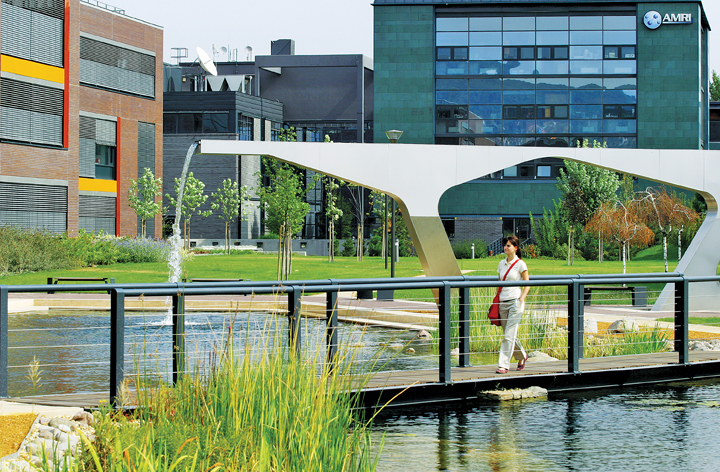 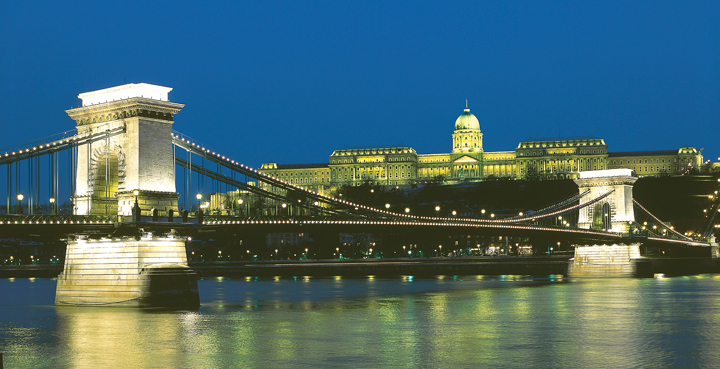 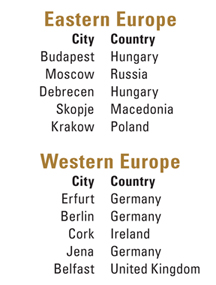 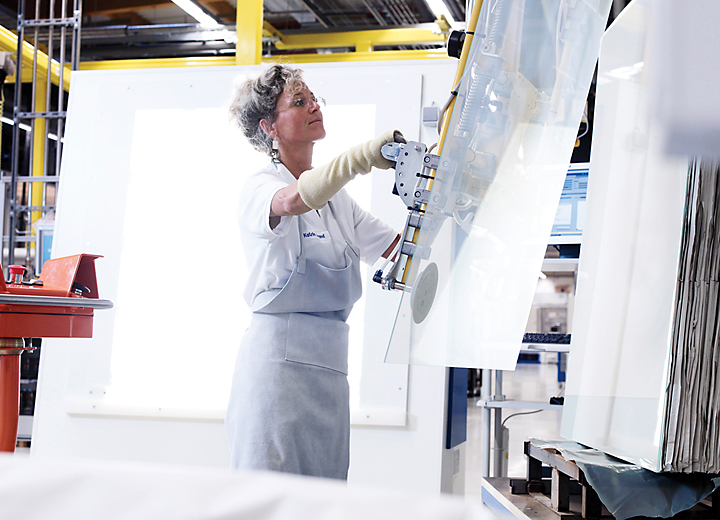 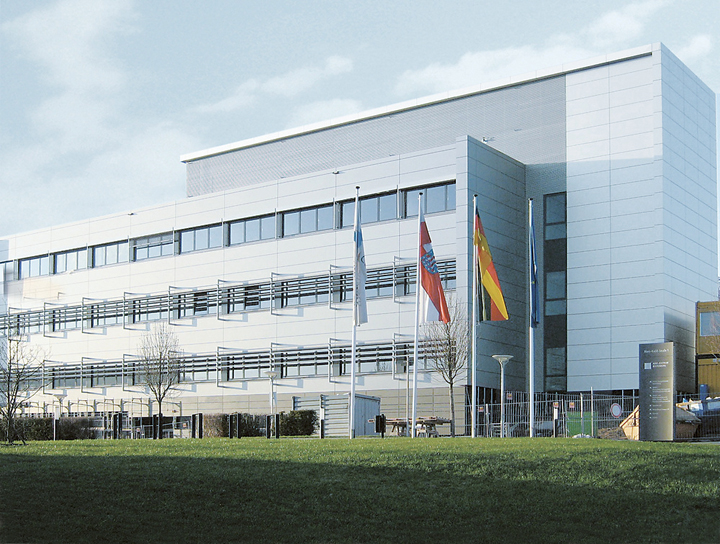