With discounted prices and coming lease
accounting changes, it might pay to purchase. 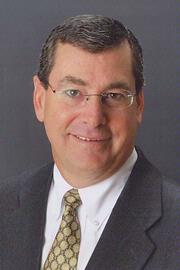 ombine that favorable outlook with the forthcoming vanquishing of operating leases from the ledger, and with the very low prices currently on display, and it's no wonder corporations are looking anew at outright ownership of their office and industrial space.

"We just signed another contract with a user on an industrial-type warehouse property in ," says Joe Nahas, Jr., vice president of dispositions for BPG Properties, Ltd., who oversees all real estate sales activity for the firm. "It was a vacant building, and would not have been at all attractive in the investment market. A user came along, paid an attractive price, it worked for us to deleverage and pay down our debt, and for them, they amortize their costs, and it's cheaper than to rent."

That's the conclusion being reached by firms from Scottrade to Walgreens to Wal-Mart, many of which can obtain financing via banking lines at a time when developers face a much steeper financing climb and landlords can't afford to fund improvements, notes Nahas. BPG's analysis for a possible sale of a vacant office building in tracked 16 similar transactions in size and quality to end users in 2009 and found an average price paid per square foot of $109.73, which Nahas says is about half the construction cost of a like-quality building. Using very conservative assumptions, he says the lease-vs.-buy conclusion in the analysis "was that purchasing represented on average a $15-per-square-foot advantage over leasing.  For public companies this is a direct impact to earnings per share."

Nahas says there are no firm statistics, but he has the sense that a significant majority of users want to buy new vacant buildings outside of the space they're in right now, in part because of the opportunity to upgrade in quality in the current market. Landlords simply can't compete with an amortized purchase. At the relatively new facility, for example, the new occupier will be paying the full purchase price with the equivalent of three to four years of rent, and may get up to 20 years of use. Nahas says the value becomes most evident for firms looking to occupy between 100,000 and 250,000 sq. ft. (9,290 and 23,225 sq. m.).

Asked if the value of such moves is sufficient to be instigating headquarters or other relocation moves that otherwise might not be considered, Nahas says, "If it isn't, it should be. CFOs and other strategic thinkers ought to be sitting back and asking why they're not. If I were responsible for space decisions for my company, I'd be knocking on banks' doors today, because most of the distress in real estate in the country today is held by banks, either in the form of a loan not performing, or properties already taken back. There are properties built but never leased, or the tenants went out and it's virtually empty. That's where the opportunities are."

Among his lead examples is the 1-million-sq.-ft. (92,900-sq.-m.) former BASF headquarters in , , less than an hour from , that BASF occupied from 1994 to 2006. BPG and CBRE have been offering the property for $47 per sq. ft., which comes to less than one year's rent in . That compares to a replacement cost of well over $250 per sq. ft., says Nahas. Asked if he's seeing foreign interest in such purchases, he says one prospect for that former BASF campus is a subsidiary of a foreign company.

Nahas notes that the longer vacant properties sit, the more of a problem they become.

"Time is the enemy," says Nahas. "Without any cash flow, they can't service the debt. Second, the problem becomes taxes, because lenders get nervous about owners not paying their taxes. They're going to keep them heated and so forth, but over time, landlords/owners will say to themselves, 'Do I want to spend money on that?' The longer it goes on, buildings become more problematic. But if you're a buyer, that's an even greater opportunity."

He says such conditions ought to also motivate another sector: municipalities themselves, which are feeling the budget pinch from lower tax payments. Many cities are retrenching, in terms of further limiting incentive programs that might appear to be a giveaway.

"If anything, they should he incenting users to buy buildings," Nahas says.