Québec’s Minister of International Relations Pierre Arcand looks to new
ties to unbind the province from its traditional industrial past. 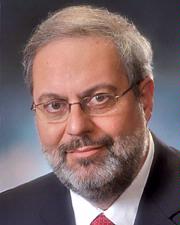 ven as U.S. corporate investors continue to account for nearly two-thirds of foreign direct investment in Canada, the nation and the province of Québec are looking far afield, as befits a country with open immigration laws and such cosmopolitan metros as Toronto and Montréal.

Montréal is among top performers in several analyses of economic competitiveness and attractiveness to industry. Its region's stature in aerospace is well known, illustrated in April by GE Aviation's investment in Bromont, just to the east, that will create 80 jobs and preserve 545. A recent benchmarking effort carried out by IBM-PLI for Canada's Dept. of Foreign Affairs (DFAIT) found Montréal top-ranked in quality for cost in such areas as life sciences, gaming and financial services.

In February 2010, the Québec Ministry of Immigration and Cultural Communities (MICC), the Conférence régionale des élus (CRÉ) de Montréal, and Montréal International celebrated the contribution to Greater Montréal's competitiveness made by the retention of more than 500 highly skilled foreign workers over the previous year. They also introduced a new Web site dedicated to encouraging foreign skilled workers to settle permanently in the metropolitan region: www.permanentresidency.ca.

Sound different? Québec likes it that way, and plans to make hay while the sun shines, even as its debt approaches 94 percent of its GDP and it faces mounting criticism of the national government's equalization payments, which allow it to spend 26 percent more than Ontario on services, and offer such things as $7-a-day daycare, low-cost healthcare (two huge new hospital complexes are now rising in Montréal) and very low tuition rates at top-quality English- and French-speaking universities. The province also offers more generous corporate incentives (a provincial grant for the GE Aviation project comes to some 20 percent of the company's planned investment).

Pierre Arcand, a media industry veteran, was appointed Québec Minister of International Relations in December 2008, after having served in the Québec National Assembly since March 2007. He also handles relations with La Francophonie, the international family of some 70 French-speaking territories which accounts for approximately 10 percent of the world's population and 11 percent of its wealth. During an early 2010 visit to Atlanta he took part in a discussion on international trade at Emory University, followed by a conversation with Site Selection.

Among the facts Arcand pointed to were the benefits to Québec since NAFTA came into being: more than 100,000 manufacturing jobs, and a tripling of the value of exports to the U.S., to CA$51.2 billion. But since 2000, he told the audience, "mainly because of decline in pulp and paper, exports declined by 19.2 percent. We need to absolutely diversify our markets."

That begins with Europe, where the province maintains eight offices and an immigration office. In 2008 the province signed an agreement with France on mutual recognition of professional competence, making it easier and quicker for a Québecois doctor or a plumber to practice in France, and vice versa. Québec's relationship with Bavaria alone has yielded more than 450 cooperative projects between the two partners. The province is playing a key role in negotiations between Canada and the EU toward a possible 2011 ratification of an enhanced economic partnership agreement. And it is seeing increased trade with such South American nations as Chile, Argentina and Brazil, where Arcand inaugurated a new Québec trade office in November 2009 in Sao Paulo.

Arcand says his business development trips are usually in the company of the president of Invest Québec, Jacques Daoust, and it's a good mix, especially given the incentives on the table. In the year's span from 2007 to 2008, says Arcand, Invest Québec lending, grants or guarantees went from CA$800 million to CA$2.1 billion. Recent changes have increased the available investment tax credit base rate for manufacturing and processing equipment investments in several regions, including Québec City and Montréal.

"Right now, we're in the process of preparing the budget for next year," said Arcand. "I think there's a general feeling that recovery is still fragile. I would say businesses, even unions, welcome government intervention. So there are no questions right now about whether we should get rid of those projects. People generally are in agreement that it's better to maintain that kind of help."

Foreigners Are Welcome, and So Is the English Language

That help becomes crucial as the province finds itself competing with, say, Romania, rather than Alberta for a corporate project. Arcand recently has led trade trips to South America, India and Japan, and likely will go to Korea soon. The Indian trade mission included a Québecois contingent of some 130 companies. And even as Québec engineering firm SNC Lavalin salivates over the infrastructure opportunities in India, Indian companies such as Tata Group, Infosys and Jubilant are investing in Québec companies. Arcand notes the Indian government's massive education investment plans.

"India will become the talent exporter to the world," he says. "While most developed countries will see a lack of manpower in years to come, it's going to be the contrary in India. There are 400,000 engineers on a yearly basis, and the population of India annually will increase by about 30 million a year, which is equivalent to the entire population of Canada."

During that mission, Québec Premier Jean Charest announced that an Indian student earning a degree in Québec would be on the fast track toward Canadian citizenship. When it comes to immigration and recruitment of talent, Arcand points out an attribute unique to Québec: "We select the immigrants, and Canada's role is making the security checks. We have our own ministry of immigration."

Among Québec's other assets is the unrivalled strength of its main power company, Hydro-Québec, whose portfolio of hydropower allows it to offer some of the lowest rates in North America. Arcand says a Middle East minister of finance once asked him what he thought of his country's bank possibly purchasing Hydro-Québec.

"I said, 'Well, come up with a price, but I don't think I would be able to survive politically if I sell Hydro-Québec,'" says Arcand with a laugh. "It is such a symbol for the province right now."

Ah, but not as large a symbol as the French language itself. In this case, Arcand is glad to puncture the perception that Québec is entirely French, and cites a recent economic development win in the aerospace sector.

early as strong as Québec's sense of identity is its reputation as a union stronghold. Asked for his perspective on unions, Arcand referenced a council of partners created several years ago that includes management, unions and chambers of commerce, among others. "If you look at the numbers in the last 10 years, unions now realize we live in a global world, and have accepted things they would not have accepted 20 years ago," he said. "There is not a lot of extremism on the part of unions today, because people are a bit scared, and afraid to lose their jobs. Québec is now negotiating with 300,000 employees. Fifteen years ago, you would have had one-day strikes. I'm not saying everything is resolved, but so far they're following a certain pattern and they're quite reasonable in their approach."