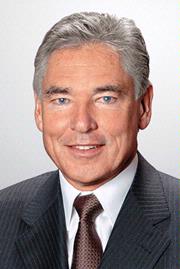 ore than 150 major corporate facility projects were tallied across since January 2009 by the Conway Data New Plant Database. Leading the pack in project numbers are , and , followed by , , and the .

Companies with multiple facility investments across the region within that time period include Toshiba, Roche, Ajinomoto, Samsung, DHL, Schenker and Sanyo. Nestlé is the all-out leader, with 10 projects across five countries. On March 4, 2010, the company inaugurated the US$100-million expansion of its milk processing facilities in Kejayan, East Java, Indonesia.

The expansion will significantly increase Nestlé's fresh milk intake from local dairy farmers as it grows by more than 60 percent to more than one million liters (more than 264,000 gallons) per day in the next few years. Currently Nestlé is supplied by around 30 dairy farmer cooperatives in .

"The Kejayan plant has always stood as a symbol of Nestlé's commitment to and to the 30,000 dairy farmers of East Java which have been collaborating with us for over 30 years," said Arshad Chaudhry, president of Nestlé , at the plant's inauguration.

Nestlé currently has 23 factories and around 15,000 employees in its ASEAN markets. In June 2009, Nestlé CEO Paul Bulcke said that the company will continue to invest in the region and expand its business and manufacturing facilities there. Over the last three years, Nestlé has invested the equivalent of more than $516 million in its ASEAN operations. In 2008, Nestlé's business in the region experienced 15 percent organic growth, with sales equivalent to nearly $4.7 billion.

Tough Environment, and Getting Tougher

Nestlé's "creating shared value" commitment to communities and to all stakeholders along its value chain was strongly reinforced on the eve of the company's general meeting this spring, when Nestlé Chairman Peter Brabeck-Letmathe spelled out the steps Nestlé is taking to source only certified sustainably sourced palm oil by 2015 and to eliminate packaging vendors whose products can be traced to rainforest destruction. The latter can be difficult: "If we would immediately cease purchase of packaging from Indonesian suppliers, it would mean closing our factories, with a resulting drop in availability of food in and unemployment of Indonesian workers," the chairman explained.

Dana Krechowicz, an associate in the capital markets team at the World Resources Institute, is the lead author of a new report analyzing environmental risks for the food-and-beverage industry in six countries in . The report does not look at Nestlé specifically, but in an e-mail interview Krechowicz makes some recommendations.

"Understanding environmental risks is very location-specific and companies need to seek out good data and maps to support this," she says. "With a good understanding of the physical risks they face, companies can better choose facility locations."

In the dairy sector in which Nestlé has made such large investments, for example, Krechowicz asks, "Do they know what the climate change temperature increase predictions are for the regions where the cows live? Higher temperatures will have a strong effect on animal health (i.e. susceptibility to disease) and lifespan. What is the lifespan of its facilities vs. the timeline of expected climate changes?"

Animal yields and crop prices are among the highest-risk areas of concern across .

"Companies should be expecting resource constraints and disruptions in their business operations due to water scarcity, climate change and other environmental pressures," she writes. "How are they prepared for the changing operating environment? Most companies give little indication that they are prepared to manage the coming challenges they will face." 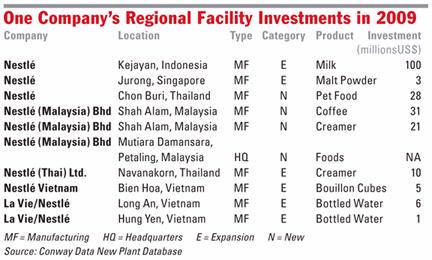