Riding the rails takes on new meaning in Topeka, a city where
advanced factories and logistics operations converge to form
a unique business environment. 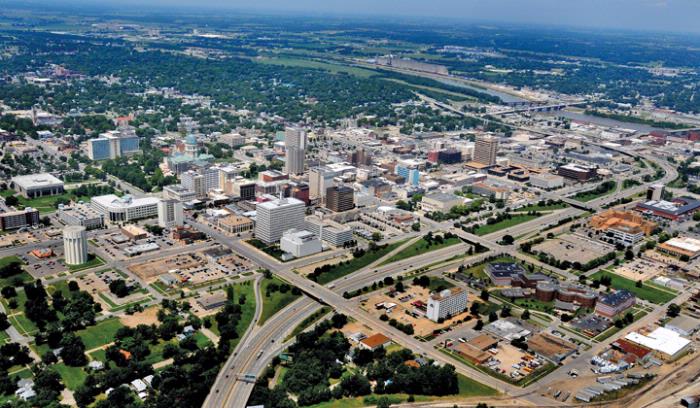 With those words, Steve Jenkins captures not only the essence of 's economic development strategy but also the spirit of its leading companies.

As senior vice president of economic development for The Greater Topeka Chamber of Commerce/GO Topeka, Jenkins has seen firsthand the entrepreneurial innovation that has propelled many companies to the top ranks of their fields.

The state's capital city is a key player in that ascendancy, according to a number of corporate executives presiding over facility expansion projects in the 230,000-resident Greater Topeka area that spans five counties.

"We are not sitting back and amassing funds for that one big deal that might come along," says Jenkins. "Rather, we know that we have to have the assets in place that attract the attention of growing companies."

One of those assets is a plethora of rail sites, a byproduct of 's history as a mayor player in the railroad industry. "We have a tremendous number of acres that are shovel-ready for economic development, including a new commerce park that is rail served with 6,000 feet of rail frontage," says Jenkins. "That is a unique asset in the State of . BNSF Railway is very much into business development."

The railroads, long an important component of 's economy, are playing a pivotal role in the growth of a leading manufacturer. PTMW Inc., a railroad signaling, building and metal fabrication company, signed an agreement in late 2009 to purchase the former Payless ShoeSource distribution center on N.W. Highway 24.

PTMW acquired the 800,000-sq.-ft. (74,320-sq.-m.) complex for an undisclosed price and plans to invest another $4.25 million into converting the warehouse into a manufacturing plant. Upon full production, the firm could hire 140 new workers to add to the 160 people currently employed in .

The company is growing due to rising demand for its signal houses. The Federal Railroad Administration increased that demand when it passed a regulation mandating "positive train control" by Dec. 31, 2015, for all railroad systems where human life may be at risk. The regulation will prevent collisions by implementing an external braking control system thereby monitoring and maintaining a safe distance between passenger trains.

Ed Carpenter, vice president of external affairs for PTMW, tells Site Selection that the company expects to triple its signal house production over the next five years. PTMW currently builds 2,500 to 4,000 signal houses per year. By 2015, that number could reach 12,000 to 15,000, says Carpenter.

Acquiring the former Payless plant makes that expansion possible, says Carpenter, the executive who negotiated the real estate deal for PTMW. "We needed more space, equipment and workers to supply our railroad customers with the products they need in order to meet this new regulation," he says. "We were fortunate that the Payless facility became available and we were able to negotiate a fair price for it."

Patti Goff, president and owner of PTMW and winner of the Kansas Department of Commerce's 2009 Woman-Owned Business of the Year award, says, "the former Payless distribution center is an ideal facility to support our near- and long-term growth plans. It has large open spaces, wide column spacing and high ceilings. It permits great flexibility in terms of use and applications for our business."

Goff says the new plant will enable PTMW to "branch out into the facilities market. We do a lot of work for Union Pacific Railroad in . We supply UP, CSX and Southern and we are indirect suppliers to Canadian National Railway and Canadian Pacific."

Carpenter credits Topeka Chamber/GO Topeka with expediting the expansion. "Significant incentives were provided to the company for the projected new employment," he says. "We reached an impasse with the seller during negotiations, and the Chamber helped resolve that. The State of was a big help too. The state exempts business expansion facilities for 10 years from ad valorem taxation. Plus, there is no property tax on manufacturing equipment, and we receive a sales tax exemption too. also provides training and other assistance in the hiring of workers."

Carpenter says PTMW likes the work force because "the individuals have a good education and a sound work ethic. Our market is such that the cost of employees on an hourly basis is less than in other areas. Our cost of living is relatively low, and we have a stable economy. Plus, there are good technical colleges and four universities within 50 miles that provide capable people. The bottom line here is that the people have a farmer mentality — a willingness to get things done."

He also cites the "good transportation systems of " as positive site factors. "Interstates 70 east and west and 35 north and south make this a good location for logistics," he says. "BNSF was headquartered here for over 100 years, and Forbes Field is a great airport. You can land the biggest airplanes in the world right here."

Those transportation assets are a big reason why Frito-Lay Inc. selected for a $53-million plant investment and why The Home Depot decided to build a new distribution center in the .

Frito-Lay is modifying its plant to accommodate a new automated inventory storage and retrieval system (AS/RS). The new building, scheduled for completion in March 2011,will have a concrete foundation and wall and a high-bay roof and will be constructed to accommodate the 70-foot height of the new AS/RS.

The project retains 40 jobs that otherwise would have been lost with the implementation of new packing technology. It also provides additional training and a boost in wages for the workers.

Home Depot is opening a 465,500-sq.-ft. (43,245-sq.-m.) distribution center that creates 300 jobs over the next few years. The $25-million will improve service and increase efficiency at the company's retail locations throughout the area. The plant, just north of and west of , will be built and owned by Seefried Properties of Atlanta and leased to Home Depot.

is growing so fast as a logistics hub that the Chamber recently announced plans for a new business center: the . The 1,018-acre (412-hectare) business and industrial park offers 6,000 feet of rail frontage and connects to Interstates 70 and 35. A 2,000-acre (810-hectare) Foreign Trade Zone is adjacent to the park at .

"It is basically a modernization of our off-highway business which includes investment into manufacturing of a 63-inch tire," says Tim Davis, plant manager for Goodyear in . "It is an ultra-sized mining tire. It weighs over 13,000 pounds. We have about 3 million square feet (278,700 sq. m.) now; this investment is just changing the way we make tires within our existing footprint."

credits Topeka Chamber/GO Topeka (the Chamber economic development effort) and the state with making the deal possible. "They helped us secure the financing we needed to get the project off the ground," he says. "We got $14 million from state and local groups. We also received training dollars through the community college."

notes that exclusion of an equipment tax on new capital machinery "was a plus for us, when you consider all the capital investment we have made here over the last few years."

This investment profile was prepared under the auspices of the Greater Topeka Chamber of Commerce/GO Topeka. For more information, contact Steve Jenkins at 785-234-2644 or by e-mail at sjenkins@TopekaChamber.org. On the Web, go to www.TopekaChamber.org. 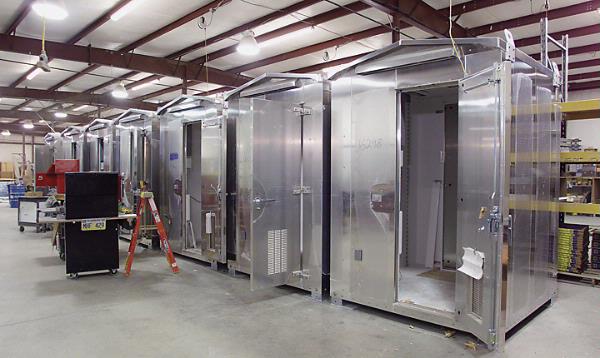 PTMW Inc. recently acquired a former Payless ShoeSource distribution center in Topeka and is converting the 800,000-sq.-ft. complex into a manufacturing plant. PTMW makes signal houses and other equipment for the railroad industry.
Photos courtesy of PTMW Inc. 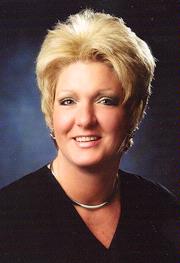 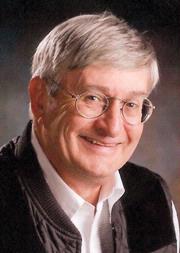